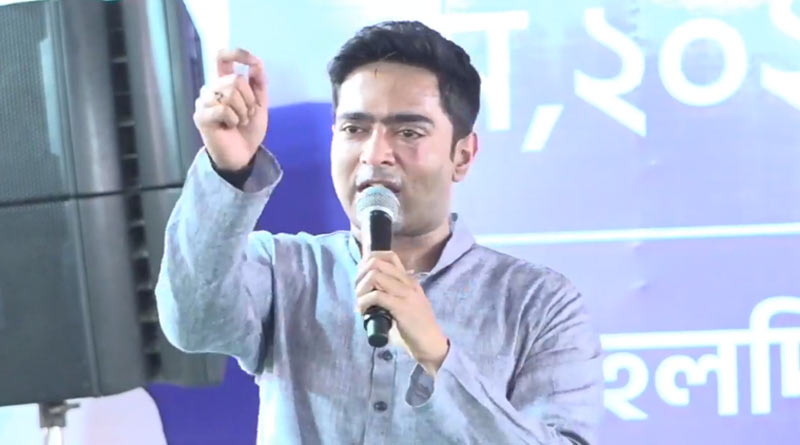 Staff Reporter: The Trinamool Congress has alleged a larger conspiracy over the document circulating on social media claiming to be a copy of the chargesheet in the coal smuggling case. Because, the copy of the charge sheet that has been circulated on social media is the handwritten statement of the interrogation of Anup Majik, accused in the coal smuggling case. Referring to this fact, Trinamool spokesperson Kunal Ghosh complained on Wednesday, “If the copy of the charge sheet is taken from the court, it will definitely be xerox and written in black ink. But social media’s ‘partial truth’ copy is written in blue ink. That means, after the interrogation, someone took a photo of the original copy on a mobile phone and sent it to the BJP.

The question is, then, is someone inside the Central Investigation Agency sending out the original interrogation information for political interests? If that is the case, it is very terrible.” Trinamool Congress All India General Secretary and MP Abhishek Banerjee will file a case against him as a ‘criminal offence’ for this conspiracy in collusion with the Central Investigation Agency and the BJP.

Opposition leader Suvendu Adhikari in a press conference a few days ago attacked Abhishek Bandyopadhyay as ‘influential’ without mentioning this part of the charge sheet. On that day, Shuvendu did not answer the ‘part’ of the cross-examination, and later it was spread on social media as question number two. On this day, Trinamool spokesperson Kunal Ghosh first tweeted about the matter and later held a press conference in Haldia and accused of a larger conspiracy. The Trinamool spokesperson indicated that this statement was spread on social media by the BJP without naming names.

Presenting the two question and answer pages at a press conference in Haldia, Kunal claimed, “BJP is unilaterally propagating lies by naming the pages of the charge sheet. Spreading the answer to a question. I gave them the question and answer number three.” But it is in the later part that Anup Maji in the cross-examination stated that he had never seen ‘AB’. Never contacted. But that was not given.” In fact, Kunal Ghosh said today that Abhishek himself is filing a case in the court considering the plot as a ‘criminal offence’.