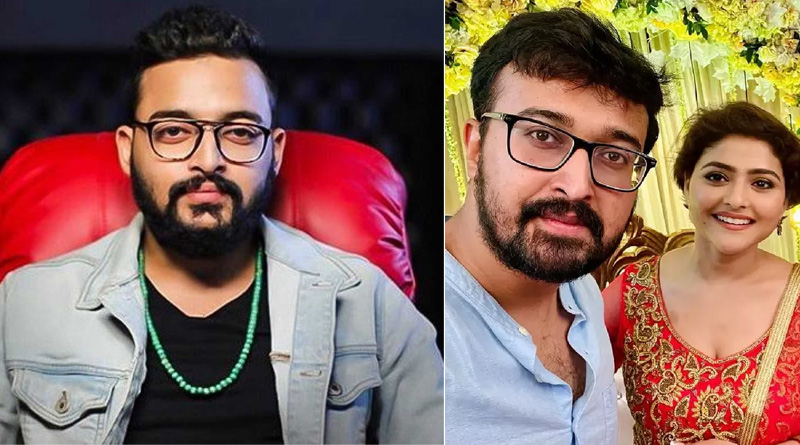 News Daily Digital Desk: Actress Aindrila Sharma’s entire family is drowning in her memory. Aindrila’s older sister Aishwarya is seeing her younger sister again and again on social media almost every day. It was at this time that Aindrila’s beloved Sabyasachi was seriously ill on social media! As soon as this rumor spread, his friend and popular actor of Tollywood industry Saurabh Das opened up about Sabyasachi. Sourav wrote on Facebook, destroying the news of Sabyasachi’s illness, ‘Sabyasachi is healthy. I am with you and I will be. Those who are spreading fake news are sick, don’t be embarrassed. I am not dirtying the post with abuse so that you can share it and inform people about everything. We will be taking legal actions against any fake news from any portal that comes up. Please let the families be in peace.’

Saurabh is a very close friend of Sabyasachi. He saw Aindrila Sharma’s life and death struggle from the front. Even, this time he was next to Sabyasachi. So Saurav cannot accept any wrong news about Sabyasachi. But not only about Sabyasachi. Even if fake news is written about Aindrila’s family, Saurabh has also made it clear on social media that he will not forgive anyone.

Not once or twice, the deadly disease laid its paws on his body. Knocked out cancer both times. But in the end, actress Aindrila Sharma did not win the battle with brain stroke and heart attack. After the brain surgery, relatives and fans were hoping that maybe this time he will regain consciousness. But then heart attack again. Not once, but repeatedly. Despite thousands of attempts, he could not be brought back from the coma. The popular actress of Bengali television went to the land of no return. Everyone thought he would come back just like a phoenix bird, conquering all odds. But Aindrila became the phoenix. Gone light years away.

Aindrila started her acting journey in the world of Bengali television through Colors Bangla’s ‘Jhumur’ series. He was also seen in the lead role in Star Jalsa’s Jeevan Jyoti serial. She played the role of Tuli in Sun Bangla’s serial ‘Jion Kathi’. Panja has been fighting cancer for a long time. Not once, but twice, the deadly disease laid its paws on his body. The actress has defeated cancer twice.

Aindrila recovered and started working again. Sabyasachi and he were having a good time. But again the brain stroke turned all the calculations upside down. Aindrila suffered a brain stroke on the night of November 1. The actress was admitted to a private hospital in Howrah. Surgery is done at night. Since then the actress was on ventilation. At least 10 heart attacks last Saturday night. It was as if there was no more strength left in the body to fight. He fought a fierce battle with death and bid farewell.