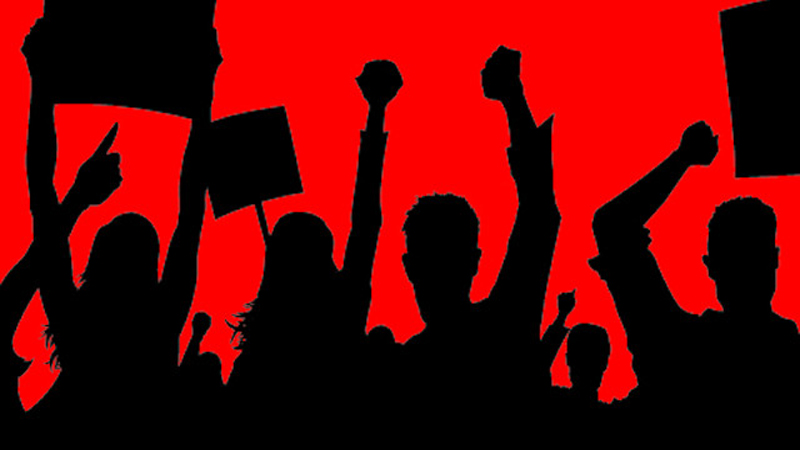 Karimganj (Assam), November 22 (H.S.): The Karimganj district committee of Sara Bharat Krishak Sabha has organized a sit-in in the office premises of the district agriculture officer based on ten-point demands related to the livelihood of farmers and rural people of Karimganj district.

Today, on Tuesday, the farmers marched around the various roads of the city and came to the premises of the office of the District Agriculture Officer and demonstrated. Kalipad Nath, Karimganj District Secretary of All India Farmers’ Sabha joined the protest and said that the farmers have to live in constant struggle with the anti-farmer policies of the central and state governments. Fertilizers, seeds, pesticides, agricultural implements, electricity prices are continuously increasing. Farmers are not getting the price of their crops. Farmers are committing suicide due to debt trap. The central government is seeking commercialization of agriculture for corporate interests. Three extreme anti-farmer laws were enacted by the central government, ignoring the Parliament for the benefit of domestic and foreign big corporates. Farmers united and forced the government to withdraw these laws through year-long agitations.

He said that MSP has not been enacted even today after the Prime Minister promised. All the policies of the Assam government are going against the interests of the farmers. Thousands of acres of agricultural land are being handed over to private owners. As a result of the Cow Protection Act framed with extreme communal views, cowherds and farmers are not able to buy and sell cows as needed. As a result of this law, both Hindu and Muslim farmers are affected.

Farmers who have long lived in forest areas are being evicted. Production of kharif crops, pulses and vegetables has been severely affected by floods and post-flood drought in Karimganj district. Massive partisanship, corruption, vote politics are going on over flood compensation. The real victims are being deprived. The state government had announced to buy the crop but in reality farmers could not sell paddy last year due to only one paddy procurement center in the district and various complicated conditions imposed on paddy sale. Rural moneylenders, middlemen and farmers are taking advantage of this system.

Kalipad Nath said, due to the lack of irrigation system in the district, crops have been destroyed in the drought. Farmers are being evicted in Karimganj district by demolishing houses with bulldozers. Howl in the village.

At today’s location, a demand has been made that every job card holder should be ensured 100 days of work by starting the work of MGNREGA in the village. Measures should be taken to stop pond theft, use of equipment in Energa work.

After the protest, the memorandum containing the ten-point demand was handed over to the District Agriculture Officer and the District Magistrate. The ten-point demands in the memorandum include setting up paddy selling centers in every panchayat to purchase paddy from farmers on easy terms, stopping black market of fertilisers, seeds, pesticides, making them readily available to farmers, providing irrigation to agricultural land and digging reservoirs, deep tube wells. , agricultural produce should be made available to farmers, all job card holders should be guaranteed 100 days of work in Energa. Corruption in Energa’s work, use of machinery must be stopped. Post-flood rehabilitation of rural roads, bridges, sluice gates should be started immediately, commercial use of agricultural land should be stopped, bank loans and rents should be waived for farmers affected by floods and droughts, necessary measures should be taken to prevent river erosion and landslides and other than rehabilitation. The eviction of farmers from forest areas and sealing surplus land should be stopped. Farmers who have been living in forest areas and sealing surplus land for a long time should be given land leases.