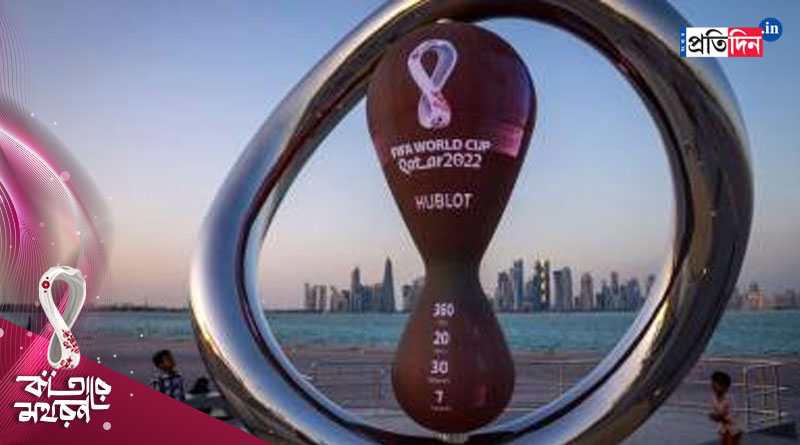 Sohogha Chatterjee and Sauranshu: Football is called a truly global sport. How can everything be the same in that case! The recent debate is about alcoholism. After many days of hesitation, FIFA announced a few days before the opening day of the World Cup (Qatar World Cup) that beer cannot be consumed in the stadium. Budweiser, one of the biggest sponsors of the World Cup, suffered a huge blow. And there is no end to Kriramodi’s complaints about that. There is also a storm of controversy in our country. But we noticed one thing? If the World Cup was in our country, would the government allow beer and food to sit in the stadium in our country?

More controversy arose over homosexuality and the strictness of police administration. In our country, until a few days ago, homosexuality was not officially frowned upon. Or, the plight of spectators who go to watch the game? Let alone beer, can you enter Yuva Bharati or Eden Gardens with a water bottle, tiffin box? In fact, day and night watching club football or Europe America or Latin countries, forget that the number of FIFA member countries is 209. Different social and political positions are taken on different issues in different places.

Let us look at some other aspects instead. This policing, in particular, will reduce the number of so-called extremist supporters from European countries, known as ‘ultras’ in footballing parlance. And that is no less good for football overall. But when it comes to fans, several complaints are coming up about ‘Fanzone’. FanZone, where fans who could not get tickets to watch their home country play can watch the game on the big screen. And importantly, Budweiser can sell beer freely there. However, water prices or access restrictions in all these areas can be frustrating.

With all the controversy, the explosive statement made by FIFA president Gianni Infantino just a few hours before the start of the World Cup is surprising. The World Cup in Qatar is costing more than the last eight World Cups combined. Qatar, essentially a city-state, is built around Doha. Qatar’s human rights issues, attempts to undermine the rights of migrant workers in Qatar, labor deaths, high prices are true, just as it is true that 10 of the 15 members of the FIFA executive committee that appointed Qatar as the host of the World Cup in 2010 have been expelled for corruption at various times, it is also true that this World Cup was earlier Different from all the World Cups. In terms of time, in terms of practice and in terms of culture.

Qatar’s World Cup availability remains a question mark, but it is also true that the World Cup is being held for the first time in this region of the world and therefore everyone has to go through a lot of changes. Earlier we had to watch games from mid to late night in North or South America World Cup venues. When it happened in Japan and Korea, schools and colleges were not closed again in our country. Adapting to every situation, football lovers focused on the game, watching World Cup football felt sadness-joy-desperation-elation. It will also be the case of Qatar. The football has started, now as the afternoon starts to move towards the afternoon, you will see that everyone is talking about football.

It is a good thing that VAR was questioned in the first match, but not debated. Just as the five substitutions will make the tactical battle of the coaches even tougher during the World Cup. Football is a game that brings everyone together, and the World Cup is the biggest gathering place. After the controversy, I hope that football will win in the end in the next month. What do you say?