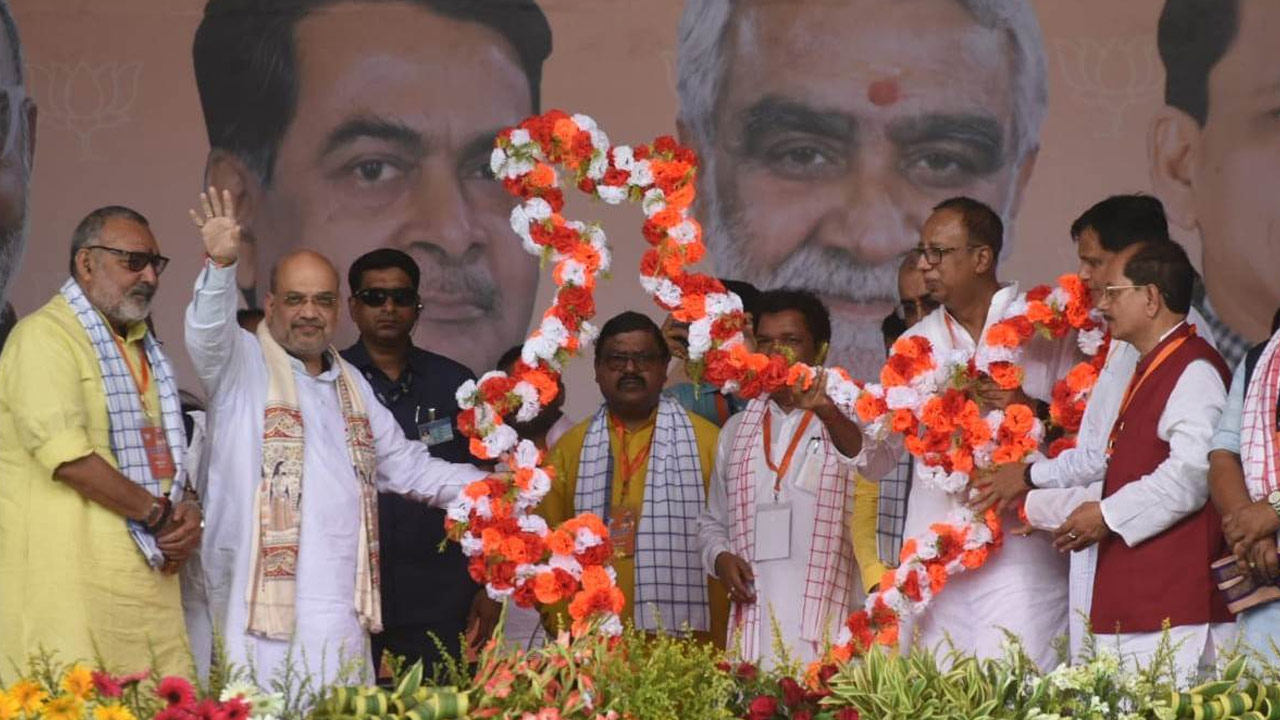 Amit Shah In Bihar: Union Minister Amit Shah, who directly attacked Bihar Chief Minister Nitish Kumar, warned Lalu Prasad. He betrayed us.. he will do the same to you..

He said that due to the love and support of the people of Bihar, this huge plain in Purnia has also become smaller. The rally was described as a warning to Lalu-Nitish. Many BJP leaders including Sushil Modi, Giriraj Singh, Ravi Shankar Prasad, Radhamohan Singh, Renu Devi and Vijay Sinha were present on this occasion.

On this occasion, Amit Shah also lashed out at the Grand Alliance. He said that Lalu Yadav and Nitish Kumar were suffering from stomach ache due to his visit. Satires said Nitish was sitting on Lalu’s lap. He criticized Nitish for going along with RJD and Congress to become the Prime Minister. He said that Nitish has cheated many people in politics. He is not new to cheating.

Amit Shah questioned whether Nitish, who commits defections for the sake of power, can be the Prime Minister.. Can he run the government in Bihar? “Listen Laluji.. Tomorrow Nitish has suggested that he will betray you too.

Liberation of Bihar from left-wing extremism.

Union Minister Amit Shah spoke at ‘Jan Bhavana Mahasabha’ in Purnia district. “Nitish Kumar has turned his back on BJP. Can Nitish Babu change political alliances and become the Prime Minister?.. Nitish has betrayed many people since he entered politics. Be careful Lalu ji, tomorrow Nitish Babu will leave you and sit on the lap of Congress..! In 2014 you got only 2 Lok Sabha seats. Let the 2024 Lok Sabha elections come.. the people of Bihar.. will wipe out the Lalu-Nitish duo. Here we are going to come to power with full majority in 2025 elections. ” –Amit Shah, Union Home Minister

On this occasion, Amit Shah also asked questions about the law and order situation in Bihar. He said that when the Grand Alliance government came, the law and order here completely collapsed. Nitish Kumar can’t stop the conspirators.. because the criminals have come to power.. Nitish Kumar said that it is not up to Nitish Kumar to tie them up. Addressing the ministers who took oath, he attacked the Amit Shah government. He criticized that there are criminal charges against the mantras themselves.