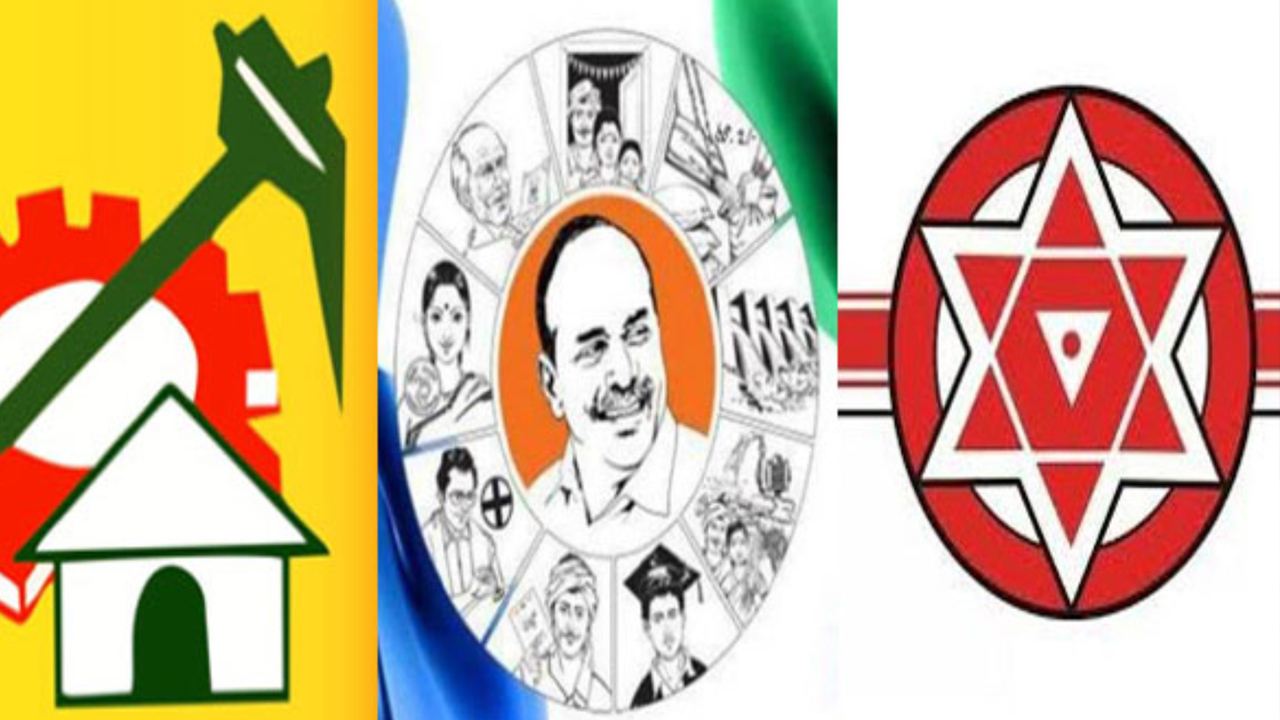 There are 20 more months left for the assembly elections in Andhra Pradesh. However, the political climate there is heating up. If YCP makes a clean sweep in the next election as a target. TDP’s aim is to defeat the all-powerful YCP. Day by day in AP..

Andhra Pradesh: There are 20 months left for the assembly elections in Andhra Pradesh. However, the political climate there is heating up. If YCP makes a clean sweep in the next election as a target. TDP’s aim is to defeat the all-powerful YCP. Political equations in AP are changing day by day. YCP believes that all the people are on their side with the welfare programs implemented by the government. The Telugu Desam Party believes that there is complete opposition to the government among the people and this will bring them to power in the next elections. BJP, on the other hand, says that people are against TDP and YCP, and although they are hopeful that they will be given a chance, the situation at the field level is not in favor of the party. Even though there is a vote bank in terms of the party, instead of winning the lotus party on its own, it is now seen that the BJP in Andhra Pradesh will benefit a lot if it makes an alliance with another party. Although the Jana Sena party has popular strength in some districts, the party has no significant strength in other districts. Although it is currently in alliance with the BJP, where will the Jana Sena’s journey be by elections? Or go alone is a tricky question. Rather than contest alone, Janasena is campaigning with Telugu Desam Party. The Telugu Desam Party is also hoping that the Janasena will come with them at the time of elections. Jana Sena’s Pawan Kalyan is also saying that his ultimate goal is to defeat YCP in the next elections. Earlier he commented that the anti-government vote will not be split. These comments gave strength to the campaign that Janasena will go together with Telugu Desam Party. Political pundits are analyzing that if TDP and Janasena contest together in the next election, then YCP will have a tough fight. Apart from that, there is a discussion that if TDP, Jana Sena and BJP compete alone, then YCP will be victorious.

It seems that YCP has the intention of not meeting TDP and Janasena. Even though the election is 20 months away now, there is already a war atmosphere between TDP and YCP. Recently, the health university in Vijayawada was dropped after NTR’s name and named after Dr. YSR, which has now caused a political upheaval in AP. TDP will fight on this issue at field level. It seems that the idea of ​​TDP is to keep this issue live till the elections. No one knows why the YCP government has suddenly taken this decision.. It is reported that there are political reasons behind this and some incidents that happened in the past. Removal of NDR’s name from Vijayawada Health University is stirring up all over AP.

On the other hand, the main parties are preparing their own activities to win the next election. While Jagan is already focusing on governance, he is also focusing on party activities. Also YCP believes that their welfare programs and development will win them. It seems that this has been chosen as a campaign weapon. After coming to power, the government is promoting various schemes for all the communities and depositing financial assistance directly into the accounts of the beneficiaries. However, in response to the government’s campaign, along with the opposition TDP, other opposition parties BJP and Jana Sena are also criticizing the government. In addition to highlighting the government’s failures, there are accusations that anarchy has become more common during the YCP government. Opposition parties. It will be seen in the future who will be trusted by the ruling and opposition parties as they move forward with their agendas.