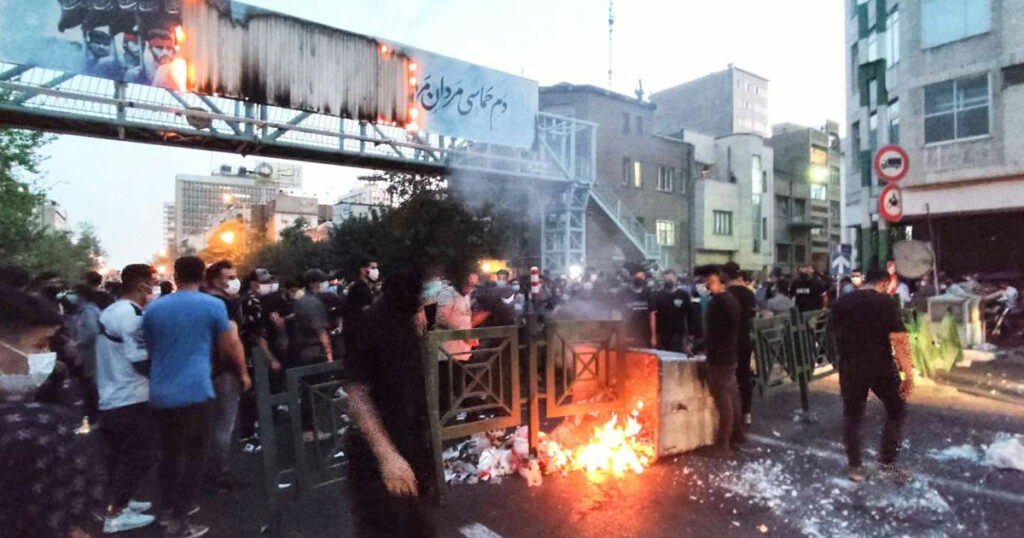 Tehran: The government unleashed violence against the popular movement that broke out due to the anti-hijab riots in Iran. After firing at the family members of one of the slain protestors, the army forcibly seized the body from the hospital. The riots that started last Wednesday are still going on.

The country is facing the biggest crisis since the Islamic Revolution of 1979. After the killing of a young woman named Mahsa Amini, who was taken into custody by the moral police for not wearing a headscarf properly, on September 16, there was a strong popular protest against the religious regime in Iran.

Against agitation Police, Iran Human Rights (IHR), a human rights organization, pointed out that 342 people have been killed so far during military operations. Six people were sentenced to death. Thousands of people were arrested. Protesters were killed in 22 of Iran’s 31 provinces. 123 people were killed in Sistan-Baluchistan province alone and 32 in Mahsa Amini’s hometown of Kurdistan province.

The uprising broke out in the town of Bukan in Kurdistan the other day. Shahid Gholipur Hospital in Bukan was attacked Revolutionary The guards fired at the relatives. The Norwegian-based Hengo Group says the body of protester Shahryar Mohammadi was seized and secretly buried. Five people were killed in the firing. 10 people, including a woman, two children and a security officer, were killed in riots in the cities of Ize and Isfahan on Wednesday. Two members of the Basij Parliamentary Force, a pro-government organization, were stabbed to death by protesters in the city of Mashhad.

Human rights activists accuse the army of seizing the dead bodies of protesters and burying them secretly. In the town of Diwandare in Kurdistan, several protesters were also injured in the firing by the army. Iran’s Ministry of Foreign Affairs has accused the US, Britain and Israel of encouraging the insurgents in the country. Terrorist attacks are taking place in the cities of Iran. Iran pointed out that the international community has a duty to condemn it and not give shelter to the separatists.