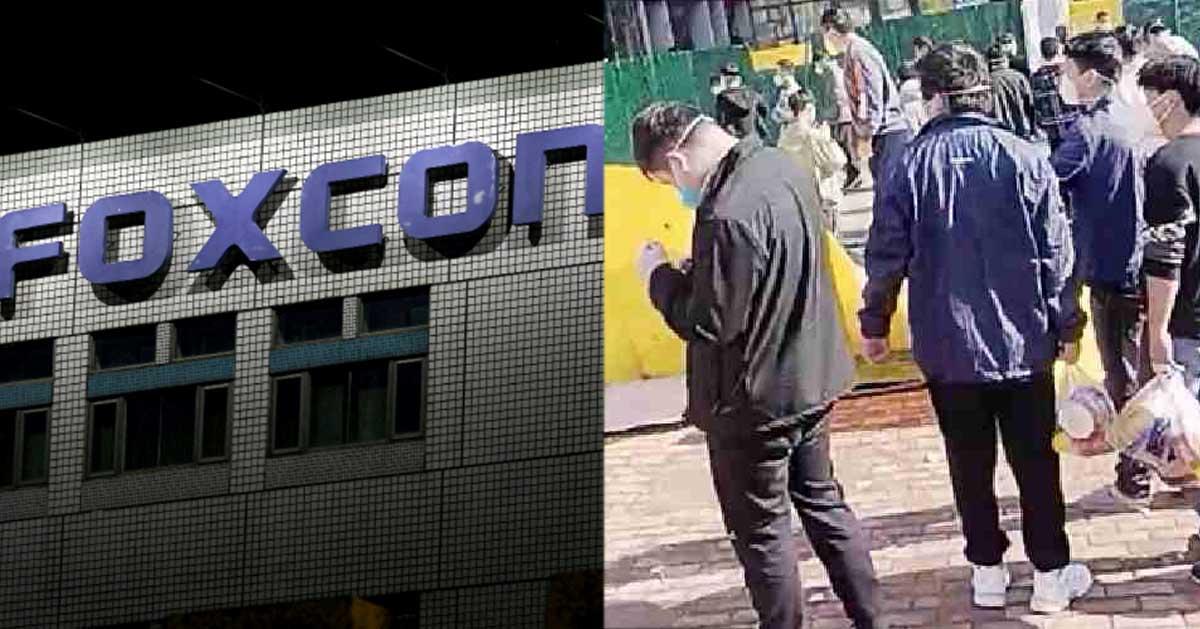 An argument between the workers and the factory’s security personnel resulted in clashes and several workers were beaten up. There are also reports that some people have been arrested.

The factory workers have gone on strike over disputes over contract and wage conditions and the company’s anti-worker policies amid continued strict covid restrictions.

Some reports also say that the police brutally beat up the striking workers. Videos of the protest turning violent and the police attacking it are also circulating on social media.

The videos are circulating on Twitter and Chinese social media platform Weibo.

Protests have started at the world’s largest #iPhone #Foxconn factory in the #Chinese city ​​of #Zhengzhou Video shows hundreds of workers marching, some clashing with men in ppekit suits and riot police. Workers were beaten by police#FoxconnRiots
Bcoz of #China ‘s #ZeroCOVIDpolicy pic.twitter.com/tBVTBkqopJ

This is where the Apple product you are probably using was made with slave labor. The plant makes more than just phones. #Foxconn #foxconnriots #ccpslaves #Corporatecommunism #apple

Last month, thousands of workers walked out of the iPhone factory, which is run by Taiwanese company Foxconn Technology Group.

Even after the positive cases of Covid were reported, the employees walked out in protest against the provision of unsafe working conditions.

One of the workers, Li Sanshan, said that the protest broke out on Tuesday after complaints that Foxconn company later changed the terms and conditions of the new workers hired with the promise of higher wages, according to The Telegraph.

There are also allegations against the company that workers’ subsidies were cut, they were not provided enough food, and workers were forced to stay with those who tested positive for Covid. The workers have also stated that they will not withdraw from the strike if their demands are not accepted.

Meanwhile Foxconn is the main subcontractor of Apple company. They are also the world’s largest contract electronics manufacturer.