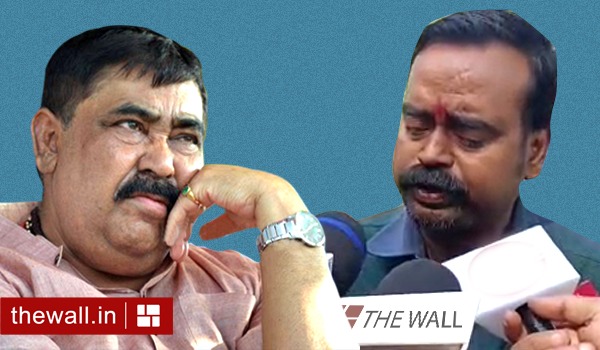 The Wall Bureau: The CBI team reached Nanur near Bolpur on Thursday to find the source of Anubrata Mondal’s 1 crore lottery (Lottery). The CBI officers went to Noor Ali’s house and interrogated him who actually got the 1 crore lottery ticket. After that Noor Ali’s father Katai Sheikh made an explosive claim in front of the media. He claimed that after winning the lottery of 1 crore rupees, Trinamool people threatened him and took the lottery ticket for a nominal amount of rupees.

The owner of the lottery agency opened up about this incident. Businessman Bapi Ganguly claims, Anubrata Mondal took the lottery ticket from Noor Ali for Rs 83 lakh through Anubrata’s close councilor Biswajyoti Banerjee. He only verified that ticket. He has no other role.

Bapi said this day, ‘The ticket was actually won by Kalam Sheikh. Noor Ali received from him. He is now being detained and interrogated to know how he spent the money. But everyone knows that Anuvrata Mondal bought tickets from Noor Ali after that. The information of buying this ticket with cash of 83 lakh rupees has come to light. My name is involved in it. Vishwajyoti Banerjee i.e. Moon came to me and asked me to check the ticket. I do that, after that they get the money. Besides, I have no other role.’

Complaints have been raised about Anuvrata winning this lottery, this is how his black money has been turned into white. Bapi said that he cannot say anything about this. He said, ‘Black money or white money, Anuvrata Mandal will understand, investigating officers will understand. Anuvrata bought it for 83 lakhs, and claimed the ticket. He also received lottery money. I am not in it. I am a businessman. I don’t know anything about other lotteries either. My job was only to check the ticket. I have no role in the payment of 83 lakh cash. The party has fallen into greed. What is my role in it?’

Meanwhile, lottery winner Noor Ali’s father Katai Sheikh claims, ‘They took the ticket by threatening me. They said, if I give the ticket, they will give me money. After that, after four days, they kicked me out of the house. Threatened on the phone. I don’t know who, which party. After taking the ticket, I gave seven lakh rupees to my younger son. No money has been paid yet. CBI came today and questioned us. We said, go to the office and tell. We are afraid, if they come and beat us! We are common people. Farming. The son works as a mason. If I get one crore taka, I would pay off the loan, repair the house. I couldn’t do that.’

On December 7, 2021, Anuvrata won the lottery ticket which had this one crore rupees. That is why the CBI started an investigation a couple of months ago. After that multiple lottery tickets started appearing one by one. So far the names of these four people are coming up in this incident. Kalam Sheikh bought the ticket, Noor Ali took it from him. After that, it is alleged that world star Noor Ali pressured the family and grabbed that ticket.

Trinamool district vice-president Malay Mukhopadhyay, however, said that these are nonsense. A group of people are trying to defame the party on social media. In his words, ‘If someone has won the lottery of so much money, and someone has taken away his ticket, then he will go to the police station and file an FIR at least! He was sleeping for so long! These are nothing but an attempt to defame the grass roots.’

According to CBI sources, Anuvrata and his daughter won the lottery five times. He once won 1 crore rupees. The rest sometimes won 50 lakh rupees or sometimes 30 lakh rupees etc. Now the source of each lottery will be found.

Veerabaha and Jyotsna have been entrusted with the task of welcoming Dhankar, due to arrive this month.