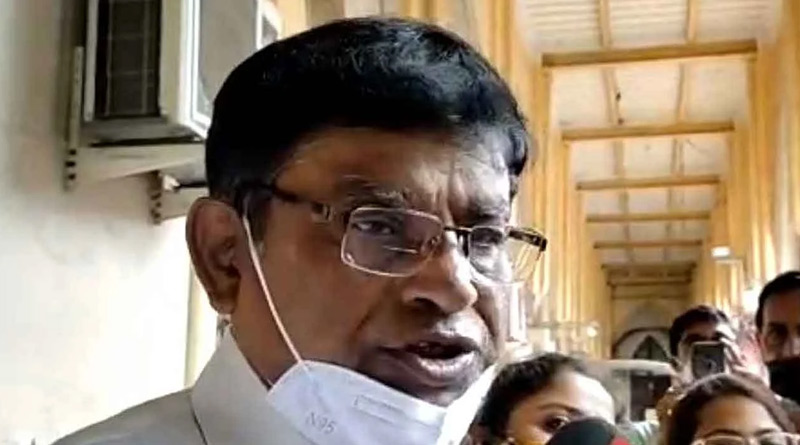 Arnav Aich: 50 thousand rupees were openly taken from each private B.Ed and D.El.Ed college in a meeting held at Kalamandir. That money was deposited in the bank account of the organization of the son of the former president of the Primary Education Board and MLA Manik Bhattacharya. Manik Bhattacharya gave a speech in that meeting. Manik conveyed to the officials of the private BED and DLED colleges that there is a special need to pay Rs 50,000 for the improvement of electronic infrastructure.

According to ED, Manik grabbed a huge amount of money by openly ‘tolabazi’. Later ED recovered Rs 2 crore 64 lakh from Manik’s son’s account. Meanwhile, the ED claimed that 325 lakh rupees were taken from 325 job seekers in the TET scam. Manik was interrogated by the ED on Wednesday, November 23, at the Presidency Jail. The ED told the court that Partha Chattopadhyay and Manik Bhattacharya collected huge sums of money in the name of giving NOCs to private BED and DLD colleges in the state and the investigation is on. Manik Bhattacharya was produced before the Bankshall court on Thursday. Lawyer Sanjay Dasgupta applied for his bail. ED counsel Feroz Edulji opposed the bail. After listening to the speech of both parties, the judge ordered to keep Manik in jail till December 7.

According to ED sources, 42 officials of private BED and DLED colleges have been summoned for questioning so far. They told the ED that they had to appear on behalf of the college in a meeting called by the All Bengal Teachers Training Achievers Association at Kalamandir. Before that, they were informed by phone and message to bring a check of Rs 50,000 to each college in Kalamandir. They gave the check in the name of Accurate Consultancy Services. Notably, the president of that association is Manik’s close friend Tapas Mondal.

In his speech, Manik directly informed the demand of the central investigators that the colleges must pay the money for that ‘tolabazi’. The college officials did not know that the company in whose name the check was issued belonged to Manik’s son. Even after taking that money, no work was done in the college. Others will also be interrogated to get more information in this matter. Manik committed a total corruption of 20 crore rupees by taking 5000 rupees from each student for admission in private colleges offline. The ED claims that the money is nothing but ‘tolabazi’. ED’s lawyer claims that till now there have been allegations against Manik Bhattacharya of Rs 30 crore Tate corruption. Since 2011, 58 thousand primary teachers have been appointed. Manik Bhattacharya and Partha Chattopadhyay committed corruption with their eyes closed.

The accused’s lawyer said that CBI and ED cannot jointly prosecute financial corruption cases. How long will he be detained in the name of the investigation? The judge’s remarks sent him to jail for correction. ED’s lawyer claims that the job seekers, who are protesting on the streets, have to suffer the consequences of this corruption. Due to the recruitment of fake teachers, the students from the cities and villages are not getting proper education. Hence the need for ED investigation. The accused’s lawyer commented, is it the responsibility of the ED to make the job seekers sad? The court allowed Manik to cross-examine him in jail and to cross-examine him while in jail.