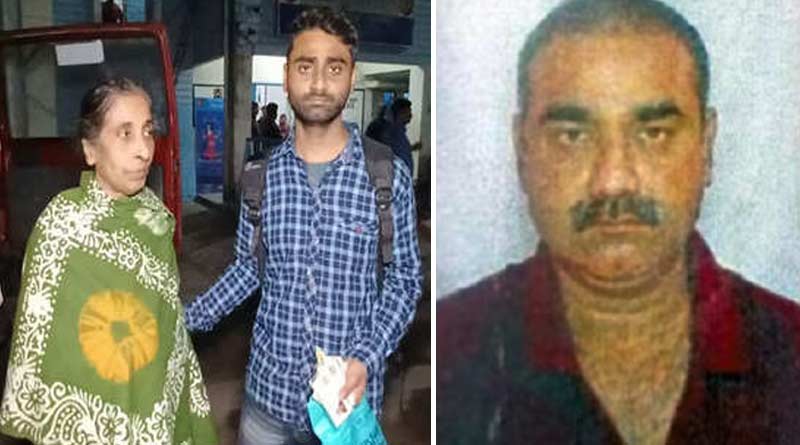 Devabrata Mandal, Baruipur: Three days have passed after the ex-serviceman’s body was recovered, but the severed hand has not been recovered. Searching the pond on Monday, the saw used in the murder was recovered. The police tried to recover the two hands of the deceased. Sensational information is coming to light one after another in the Baruipur case.

Investigators are getting sensational information one after another while investigating the murder of an ex-Navy personnel resident of Mallikpur, Baruipur. Earlier in the cross-examination, the son of the deceased i.e. Doi Chakraborty, accused of murder, said that after the murder in the residence on Monday, the body was taken to the bathroom and cut into six pieces. The pieces are then dumped in a pond and bush in the area. A few parts of the body have been recovered from the bushes of the pond, but the hands have not been found yet. Police speculate the fox may have somehow dragged the hand shot into the fox hole. This is the assumption of the police after initially searching around. However, the saw used in the murder was recovered from the pond after Sunday’s search on Monday.

On Monday, Ujjal Chakraborty’s son Joy Chakraborty and his wife Shyamli Chakraborty were interrogated by the police. They are in Baruipur Police Station under 12-day police custody. The accused have already admitted many things during the police interrogation, the investigators claim. What was the role during the murder and how did the mother help the son in the case of the disappearance of the body has come out in the police investigation. Three mobile phones have already been seized in this incident. All mobile calls are listed and checked. An investigation has also been launched into who the mother and son have spoken to since the incident. The police are trying to gather information surrounding the incident. Although the accused have already confessed to the murder, there are no witnesses to the incident so far. Therefore, circumstantial evidence is a key consideration for the court.

As directed by the court, the two accused were taken to Baruipur sub-district hospital for medical examination. The physical condition of both mother and son is currently stable. However, there is no remorse in the incident. There was no remorse in his eyes. Shyamoli Chakraborty, the wife of the deceased, admitted to the court on Sunday that her husband used to beat her severely when he was drunk. And they were oppressed for twenty years. However, he did not say a single word in response to reporters’ questions on Monday. After this incident, South Bengal ADG of Police Siddhinath Gupta and Presidency Range DIG Tanmoy Roy Chowdhury came to Baruipur police station. There, a broad spoke to the investigating officers. Superintendent of Police Miss Pushpa of Baruipur District Police was with him. Siddhinath Gupta said in response to a journalist’s question that three murders have occurred in Baruipur and Sonarpur in the last one week. The accused has been arrested in each. In this case, the investigation is also progressing very quickly. Being on the right track. The police will give the charge sheet of these three incidents very soon.