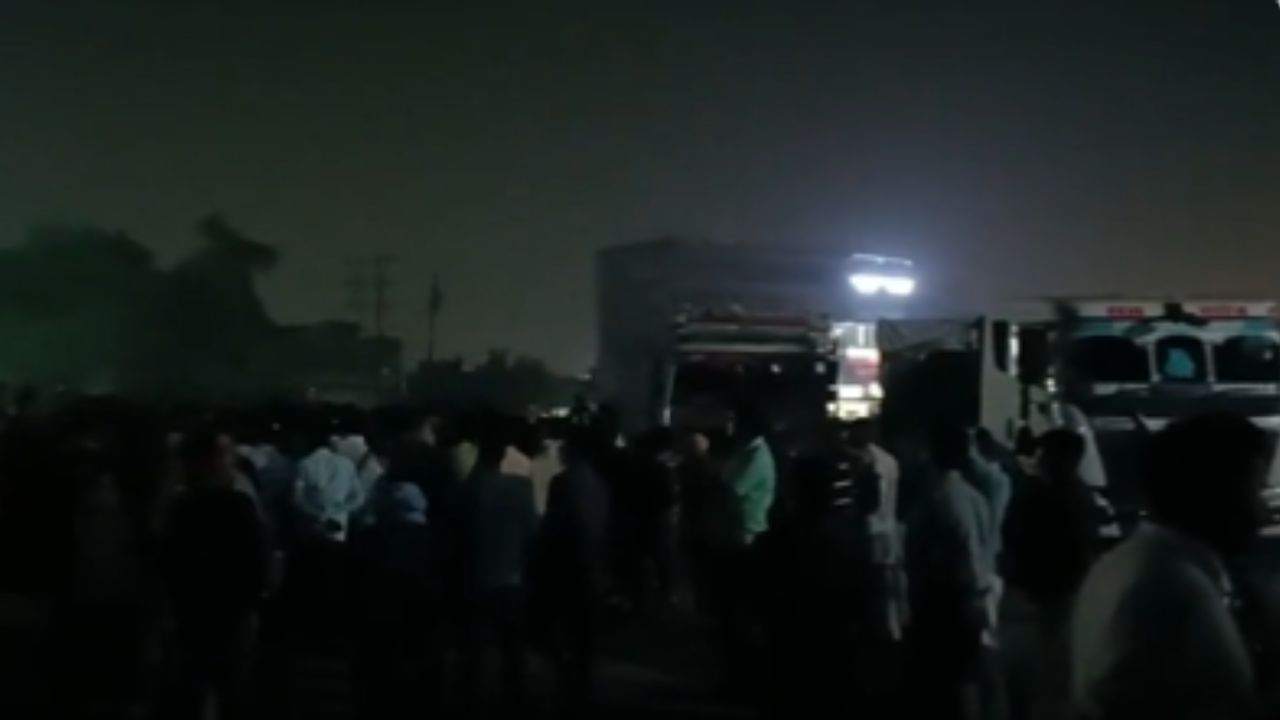 Bihar Road Accident: As the police reached the spot long after the accident, the families of the victims and local residents protested by blocking the road. Later, the police recovered the body from the accident site after convincing them. 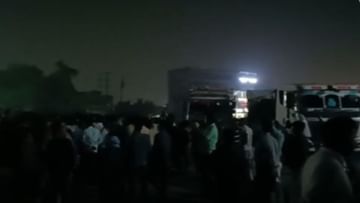 Patna: Everyone gathered in front of the peepul tree to perform religious rituals. Suddenly the sound of the horn from behind, the eyes were blinded by the strong light. Before realizing anything, the speeding truck crushed 12 people (Truck Accident). Several others were injured in the accident. The terrible accident happened in Bihar’s Vaishali. The pilgrims were suddenly hit by a truck during a procession. At least 12 people were crushed under the wheels. Among the dead are women and children. Bihar Chief Minister Nitish Kumar has already ordered a high-level investigation. Prime Minister Narendra Modi and President Draupadi Murmu expressed their condolences. The Prime Minister’s office has announced a compensation of 2 lakh rupees to the families of the deceased and 50 thousand rupees to the injured.

According to police sources, a religious procession took place in Vaishali district of North Bihar on Sunday afternoon. By 9 pm the devotees gather in front of a peepul tree to worship the local deity Bhumiya Baba. Just as the puja started, a truck came speeding. In the blink of an eye, he crushes the devotees present. At least 12 people including children and women died in the accident. Several others were seriously injured. The injured have been taken to Hajipur Sadar Hospital.

The accident in Vaishali, Bihar is saddening. Condolences to the bereaved families. May the injured recover soon. An ex-gratia of Rs. 2 lakh from PMNRF would be given to the next of kin of each deceased. The injured would be given Rs. 50,000: PM @narendramodi

When the police reached the spot long after the accident, the families of the victims and local residents protested by blocking the road. Later, the police recovered the body from the accident site after convincing them. Vaishali Superintendent of Police Manish Kumar said that it was a procession related to a wedding ceremony. After a few days, the wedding took place in a family of Sultanpur village. The members of that family went on a pilgrimage to offer puja at around 9 pm on Sunday. While they were performing puja under a peepul tree, the killer truck was coming along the nearby Mahner-Hajipur highway. The speeding driver suddenly lost control and crushed the devotees. The truck also overturned after hitting the tree. The driver’s body was stuck inside the truck. Local residents said at least 4 children were among the dead.

Bihar CM Nitish Kumar expresses his deepest condolences to the families who lost their loved ones in a road accident in Vaishali. CM also announced an ex-gratia grant of Rs.5 lakh each to the next of kin. Instructed for proper treatment of the injured. pic.twitter.com/LYGl2qmKkm

Prime Minister Narendra Modi expressed grief after hearing the news of the accident. The Prime Minister’s office has announced compensation of 2 lakh rupees for the families of the deceased and 50 thousand rupees for the injured. President Draupadi Murmu also termed the accident as “extremely unfortunate”. Chief Minister Nitish Kumar also expressed grief over the accident and ordered a high-level probe. He also promised to pay Rs 5 lakh to the families of the deceased. At the same time, he ordered the district administration to ensure that there is no negligence in the treatment of the injured.