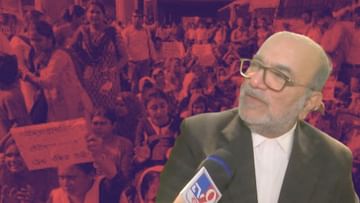 Kolkata: Senior lawyer and CPM leader Bikash Ranjan Bhattacharya is once again targeting job candidates. Physical Education-Vocational Education job aspirants complain that the left-wing lawyers are currently blocking the recruitment. Vikas Bhattacharya shows anti-employment attitude. This is the demand of the job seekers. However, dismissing the allegations, the senior lawyer claims that he is ‘stopping corruption’.

Today, physical education job seekers wrote an open letter referring to left-wing lawyers. There they mentioned, ‘I hoped that the leftists would be by our side till the end as they helped and cooperated from the beginning for our success. The people of Bengal will see the smiles on the faces of the families of so many sons and daughters, the families were saved, they got rid of the pain of unemployment only because of the leftists. Leftism is the only direction to employ the unemployed youth. But the case against recruitment is gradually changing that idea to everyone. Stopping recruitment will have a negative impact on the Left within everyone. Moreover, as some leftist comrades have confidently said, there will be a stay on the recruitment and we are disappointed that the suspension was lifted as soon as the counseling was over.’

This is not the end, Raju Das, a job aspirant, in a video message blasted Vikas Bhattacharya saying, ‘We don’t want to be a victim of politics. Wanting to end long suffering. We want the job. It hurts when those who have been with us in this long struggle, who have come to our stage many times, turn against us today. It is difficult to accept when your own people backstab you. Bikash Ranjan Bhattacharya, who joined our panel today, fought the legal battle, now he has gone against us. It’s painful. Why should we be victims of politics at this moment?’

Then Raju pleads to leave it. New topics will be available for politics. If this matter is exposed to people, future generations will not accept it. Today there are no leftists in West Bengal. We helped to turn around from there. You have also helped a lot. But the law is being misused somewhere.’

Counseling started after six years of waiting. After a long agitation, good news comes for the job seekers of Vocational Education, Physical Education. The date of counseling is announced. But suddenly this recruitment process took a turn. A new case was filed in the court. Due to that case, the recruitment process was suspended till December 1. Calcutta High Court Judge Biswajit Basur issued a stay on the appointment.

When 1 thousand 404 would-be teachers are on the verge of getting a job, the thorn in the case. Calcutta High Court stayed the appointment till December 1. Job seekers are angry with lawyer Vikasranjan Bhattacharya. Job aspirants sitting under the Gandhi statue also started opposing Vikasbabu.

Why is this the case?

Super Numerary Posts or Additional Posts. The School Service Commission arranges jobs for the aspirants by creating these posts. 1600 posts are created for 1404 job seekers of Vocational Education, Physical Education. An examination case was filed against the waiting list against Beniyam for this numerical post. The commission told the court that the post was created to provide jobs to the aspirants.

Regarding which the lawyer of the litigant Vikas Ranjan Bhattacharya claimed in the court, this numerical post has been created by breaking the law. The High Court judge also commented that the aim is for students to get good teachers. After answering this question, the court ordered a 14-day suspension of the appointment. The job seekers got angry with this.

However, Vikas Babu dismissed the allegations and said, ‘This is another corruption. Very big corruption. The government is trying to throw the waiting list candidates back into the fold. In this case some people are inciting against me. It can do that. I don’t sue. We ask.’