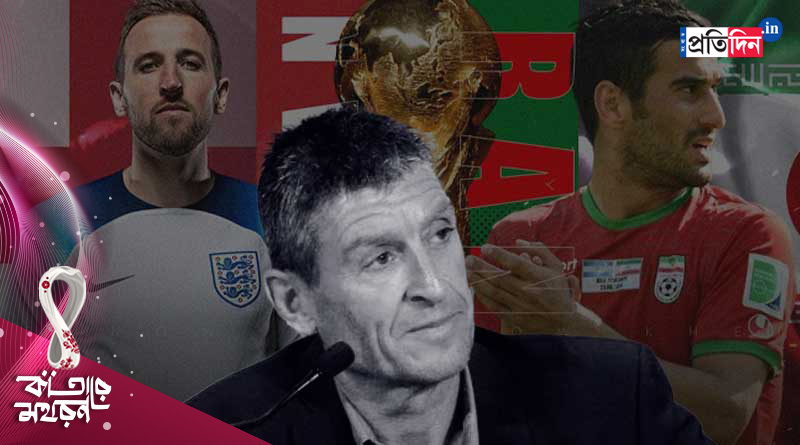 News Daily Digital Desk: “If we can inspire our football team by becoming T20 World Cup champions, nothing could be better than that. If we can win the final the England football team can take inspiration from that win ahead of the World Cup. There is a culture of sports in our country. No matter what sport we play, we are there for each other. live with support.”

England captain Jos Buttler said the words in a press conference on the eve of the ICC T-20 World Cup final. Ben Stokes’ England team won the T20 format by defeating Pakistan in the final on Sunday.

England (England) is going to Qatar World Cup (Qatar World Cup 2022) on Monday. Harry Kane’s opponent is Iran. Butler’s England conquered the world. How much will that win inspire Phil Foden? The question was asked to former East Bengal coach Trevor James Morgan. From Perth, Saheb Koch told Sanbad Pratid Digital, “In answer to the question that winning the T20 World Cup will motivate England in Qatar, I would say that the two games are two types, the players are also two types. Cricket and football are different games. Players are also different. One has nothing in common with the other. England can go to the final if they reach the last four and get a good draw. Any result can happen in the final. It is not always the case that the best team wins the final.”

England has been a trophy hunter for a long time. Despite reaching the final of the Euro Cup, England did not win the trophy. England went to Qatar with many dreams this time. Detractors say England haven’t produced stars like that since Paul Gascoigne. But that is debatable. If Harry Kane’s side can take the World Cup home from Qatar, England will be handed a £13m financial bonus. Each player will get five hundred thousand pounds. Huge cash prizes are announced before the match.

On the other hand, the wind of change in Iran. Rebellion in that country. The uprising began around the death of 22-year-old Mahsa Amini. He was arrested on police charges. Allegedly, he was severely beaten while being taken to the police van. He got sick because of that. Although the police claimed that the girl was not beaten. He fell ill after his arrest. Suffered from heart disease. The movement started after the death of Mahsa in the hospital on September 16. Row after row of people came down the street.

Protests started by burning hijab, cutting hair and chaining women in the name of Islam. Not only women, men also joined the protest. Although there are strong protests across the country, the Iranian government is not stopping even after the movement. The government of that country is getting stricter to stop the protestors. But it has become clear that there is no sign of abating the movement. Iranian football player Sardar Azmoun has stood by the protestors despite the fear that he may be excluded from the national team for taking part in the protests. Iran is playing against England in such a political background.

By looking at the beginning of the day, you can understand how the whole day will go. Football fans think that the England-Iran match will also point in that direction. Can England win the world in football like cricket? Time will answer.