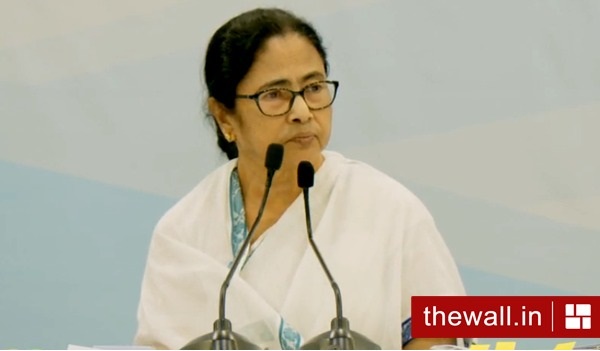 The Wall Bureau: Most of the district hospitals are suffering from referral problem. The picture of the city is no different. Harassment of obstetricians due to unnecessary referrals is on the rise and is even a major cause of maternal deaths in the state. Chief Minister Mamata Banerjee said in the dengue review meeting at Nabanna on Monday that pregnant women are being referred elsewhere without any reason. They have to be harassed to reach there and get treatment. These should be stopped immediately.

After the change of power, Chief Minister Mamata Banerjee initiated several super specialty hospitals along with changing the opening of government hospitals. Now the health infrastructure of many hospitals in the district is improved. But even after that, the question arose as to why obstetricians are being referred for various reasons. Earlier, the state health department had given strict orders to stop unreasonable referrals. But even then the harassment continues. The Chief Minister said that even if there are no complications, sometimes patients are referred to Kolkata for unreasonable reasons. And the patients have to go to Kolkata and suffer harassment. Many times it is seen that the mother’s condition has become critical after giving birth in the middle of the road, and many times the pregnant woman dies or the unborn child dies before being admitted to the operation theater due to the exhaustion of the long journey.

Union Health Ministry and State Health Departments have also repeatedly admitted that even one maternal death is a shame in the 21st century. Especially where a lot of money is being spent at the government level to prevent maternal deaths. Allegedly, some doctors of the district are referring without taking responsibility when they see a little complicated case. Not only government but also private hospitals are being referred arbitrarily. While coming to Calcutta after crossing a long distance, the condition of delivery worsened on the road. Earlier, the state health department had informed that maternity and newborns cannot be referred from the district to any hospital or medical college in Kolkata without proper reason. Obviously, that trend could not be fully curbed. Chief Minister Mamata Banerjee has ordered to take strict measures to stop referrals. The Chief Minister asked the health authorities to take new initiatives to stop referrals.

He said that a policy should be made regarding the referral of Dr. Sukumar Mukherjee. Doctors or hospital-nursing home referrals without reason will be identified. Moreover, he directed the health authorities to investigate why so many referrals are increasing despite the infrastructure.

The chief minister also expressed his anger about the health partner card. He said, it is heard that many doctors do not want to provide health card services. Some doctors even say that they are doing 25-30 operations a day which is not possible at all. Misusing health card services. The chief minister directed that if any doctor is found doing so, his license should be revoked immediately. He also spoke about improving the quality of primary health care. Mamata said, 8 crore people are already enrolled in Sthya Saathi. Meanwhile, treatment worth five thousand crore rupees has been given. Now health centers will be established to further improve the quality of primary health care. Chief Minister asked to pay attention to cleanliness to prevent dengue. He expressed his anger about why the cleaning of the roads is not being done properly. He questioned why the Howrah to Navanna road is not being cleaned properly. The Chief Minister claimed that the vandalism of Princep Ghat is not being fixed, the roads are not being washed with water properly, he has directed the Transport Minister Snehashis Chakraborty to look into the matter seriously.