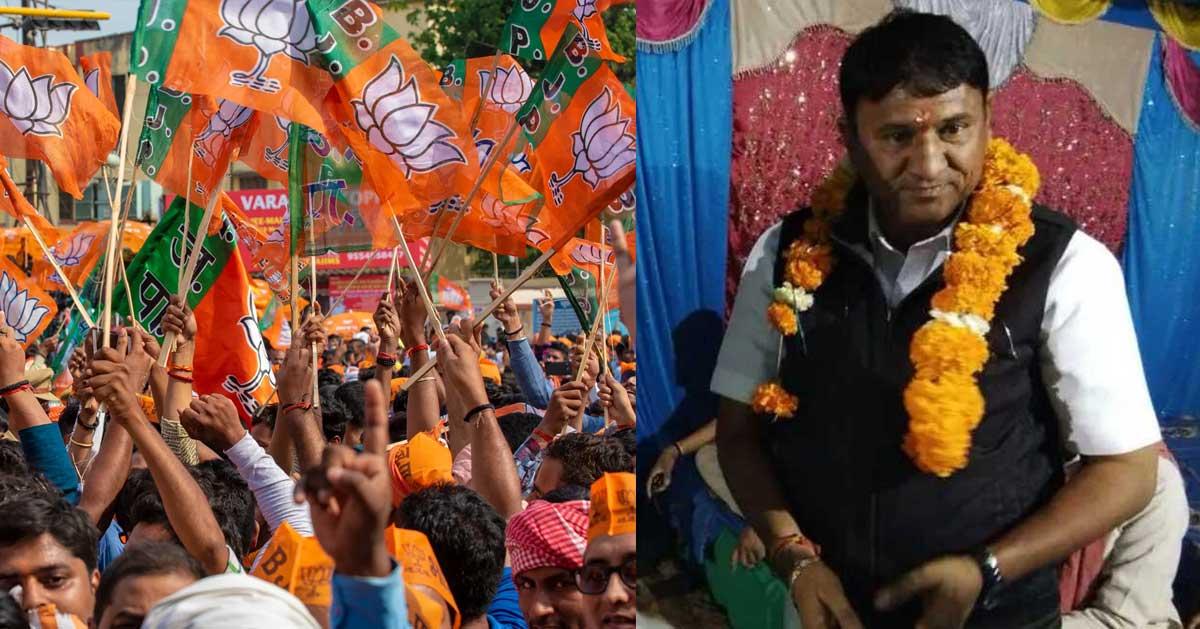 
Congress candidate says only Muslims can save party and country; BJP calls it Muslim appeasement

New Delhi: As the assembly elections are about to be held in Gujarat, arguments between various parties are intensifying. A statement by Chandan Thakor, the election candidate of the Congress, has now led to a war of words between the Congress and the BJP.

Chander Thakur, a candidate from Siddhpur in Gujarat, said that only Muslims can save the Congress. Now BJP has come against this.

” has descended into undisguised, overt Muslim appeasement!

This does not happen by accident! At first several Congress leaders insulted the Hindu religion. Now the competition is to become Tushtikaran ka Bhaijaan. Because they fear competition from Aam Aadmi candidates Gopal Italia and Rajendra Pal.

down to open & blatant Muslim appeasement!

This is not a Sanyog! First Hindu Astha abused by several Congress netas & now competition to become Tushtikaran ka Bhaijaan because they fear competition from Gopal Italia & Rajendra Pal!

The BJP is also criticizing the Congress for this.

Chander Thakur made the said remark while speaking at the election rally held on Saturday.

Meanwhile, Chander Thakur has also replied to the BJP spokesperson’s tweet. He responded that Congress was the only party that stood with Muslims in the country when issues like NRC came up.

“Let me give you an example. When the issue of NRC came up, Sonia Gandhi, Rahul Gandhi and Priyanka Gandhi took to the streets. No other party stood with the Muslims that day.

“Congress is the only party that protects Muslims across the country,” said Chander Thakur.

Meanwhile, the first phase of assembly elections in Gujarat will be held on December 1. The second phase is on December 5.

This time they are facing a big challenge in Gujarat where the BJP has been in power since 1995. Congress is trying to oust BJP from power. The Aam Aadmi Party is also on the scene with the promise of bringing a new alternative to replace both of them.