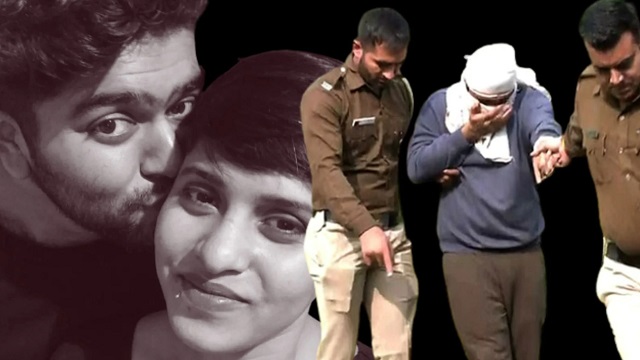 The Wall Bureau: Narco analysis will follow. Delhi’s brutal killer Aftab Amin Poonawala will undergo polygraph test today. Aftab killed live-in partner Shraddha Walker (Shraddha Murder Case) and cut her body into 35 pieces and spread it in the forest of Mehrauli. Investigators say that despite the confession to the murder, many mysteries remain unsolved. There are many inconsistencies in Aftab’s narration. The investigators think that the truth will come out in the polygraph test.

Aftab’s term of police custody ends on Tuesday. On November 17, the Delhi court asked the police to conduct a narco-analysis of Aftab within five days. But the Supreme Court ordered that no narco-analysis or polygraph test can be conducted on him without his permission. According to a police source, usually suspects in major crimes (Shraddha Murder Case) are subjected to this test. The accused or the offender must be physically and mentally stable. In this case, the accused is rendered unconscious by intravenous injection. His power to think is lost. Much like being hypnotized. At that time, the accused will not be able to answer with a nod or a thoughtful response. He will answer whatever comes to his subconscious mind. And in the subconscious usually comes the truth. In this process, the investigators aim to extract the truth from the accused. However, narcotics also have the effect of hypnotic drugs on the body. A polygraph test is different from a narco.

What is Polygraph Test?

A lie detector is called a polygraph. John A. Larson invented the polygraph in 1921. When a person deliberately lies or tactfully tries to hide the truth, there are many changes in his verbal expression, nervous activity in the body. These changes are often not visible to the naked eye. But the device can show, how excited the nerves are while lying, how much the heart rate is fluctuating. Generally, by observing some changes in his breathing rate, heart rate, blood pressure, sweat, etc., it can be seen whether the accused is telling the truth or lying. This lie detection machine is called lie-detector machine.

What is a narco test? Delhi’s brutal killer Aftab may have been tested, Ajmal Kasavar too

How does a lie detector work?

Medical test of concerned person is done before polygraph test. There his normal heart rate, blood pressure, pulse rate etc. are checked. Then the machine’s four or six points are attached to the person’s chest and fingers. Those points are connected to the instrument monitor. Then they started questioning him. Physical changes such as changes in breathing rate, heart rate and pulse rate are recorded on the monitor while answering.

People’s feelings are reflected in the eyes or stars. Eyeballs dilate due to fear, hatred, joy or lying. When lying, our eyeball dilates by a fraction of a millimeter. Most people can’t see it with the naked eye. But lie detector machine can detect it.

Moreover, some other changes in the accused’s verbal expression and body are observed, such as-

Lying causes fluctuations in heart rate, blood pressure, pulse rate. Sweat begins to accumulate on the forehead or palms. From this it can be understood that the person is lying.

Since its invention in 1921, the reliability of the polygraph has been challenged. Experts say polygraph tests are usually not fooled. However, it is possible to evade the polygraph test if the person is very cold-headed or nervous.