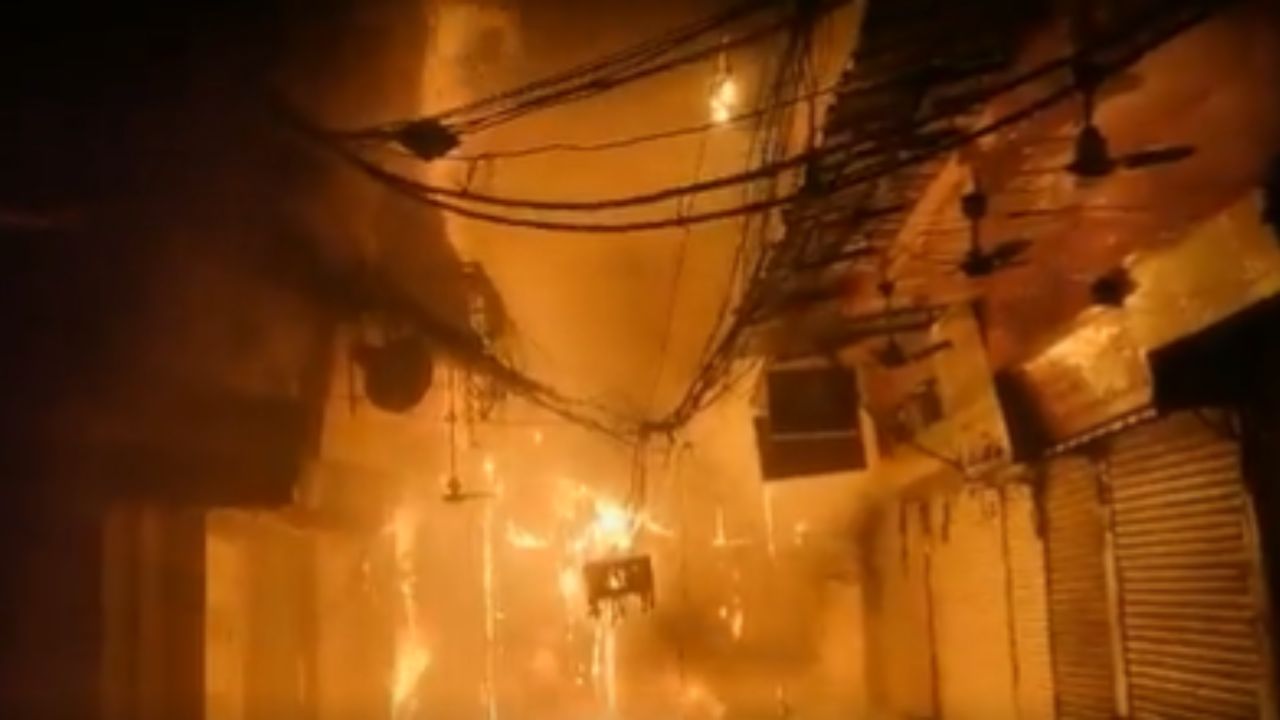 Delhi Fire: More fire engines arrived in the middle of the night to bring the situation under control. About 32 engines tried to put out the fire overnight. Modern remote control fire extinguishers are also brought. 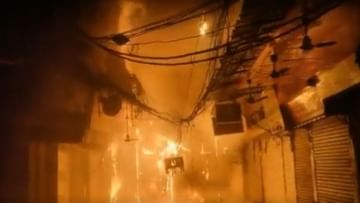 A fire broke out in Old Delhi’s electronic market.

New Delhi: A terrible fire in the capital during the week. A fire broke out at an electronic market in Old Delhi on Thursday night. Immediately the fire spread to several nearby shops. Efforts were made to douse the fire throughout the night, but the fire could not be brought under control till the last news. Instead, the situation is getting worse. At present 40 fire engines (Fire Tenders) are trying to douse the fire. Delhi Fire Department Director Atul Garg and former Health Minister Dr. Harsh Vardhan attended the scene. The cause of the fire is not yet known.

According to news agency ANI, a fire broke out in the electronic market of Bhagirath Palace in Old Delhi around 9:20 pm on Thursday. As there were multiple shops side by side and all the shops had combustible materials, it did not take long for the fire to spread. Seeing flames and white smoke coming out of the street, the local residents informed the fire brigade. Immediately, 12 fire engines reached the spot. Attempts to extinguish the fire began.

The situation is not very good as of now. 40 fire tenders are present at the spot. The fire will be brought under control by morning. No casualties have been reported so far. A major part of the building has been damaged: Atul Garg, Delhi Fire Service Director pic.twitter.com/yroJhxLzo6

Due to the narrow lanes in this area near Chandnichak, on the one hand, the fire brigade had to rush to enter, and the fire spread to the nearby shops immediately due to the large amount of flammable materials stored in the electronic goods shop. Several videos showed how one shop after another was engulfed in flames. Flames from the store are reaching power lines over the road.

More fire engines arrived in the middle of the night to bring the situation under control. About 32 engines tried to put out the fire overnight. Modern remote control fire extinguishers are also brought. At last report, several more fire engines arrived around 5 am. At present, a total of 40 engines are trying to douse the fire. The cause of the fire is not yet known. However, no casualty has been reported so far.

Efforts are being put in to douse the fire. Fire officials and police are at the site. Fire has not been brought under control so far. Two floors have been damaged. No casualties have been reported. The reason for the fire is not known yet: Former Health Minister Dr Harsh Vardhan pic.twitter.com/RyzQ6vkWe4

Delhi Fire Department Director Atul Garg is present at the spot. He said, “The situation is not very good. 40 fire engines are trying to douse the fire. The fire is expected to be brought under control by morning. No casualty has been reported so far, but a large part of the Bhagirath building has been heavily damaged in the fire.”

On the other hand, former Union Minister Dr. Harsh Vardhan also came to the spot in the middle of the night. He said, “Efforts are being made to extinguish the fire. Police and fire brigade are present at the scene. So far the fire has not been brought under control. Two floors of the building were damaged. The cause of the fire is not yet known.”