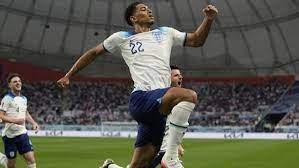 Russia is fourth in the World Cup. Runners up in last year’s Euro Cup. So there is a different look among football lovers and experts about this year’s England. England showed in the first match that they will not sink their hopes. The first match is a bit of trouble for any team. It takes a while to set itself up. But England not only scored half a dozen goals, but also told the rest of the teams, watch out for us. England is now number five in the FIFA rankings. And Asia’s representative Iran is at number twenty. So no surprise about England’s big win. What is surprising is that Harry Kane, the team’s number one striker and captain, has no goals. That meant England’s striking force was predicted to be devastating this time around, but Gareth Southgate’s men delivered in the first match. America and Wales are with these two teams in Group B. The way England played in the first match, it can be said that England will destroy those two teams.

The biggest asset of Gareth Southgate’s team is the number of goalscorers in the team. He played the team in 4-2-3-1. Only Harry Kane in front. Kane won the Golden Boot at the last World Cup, being top scorer (6). Scored 51 goals for the country. If he scores only three goals, he will be the top scorer in the country. Will break Wayne Rooney’s record. But keeping in mind the record, he explained why he will not play in the match against Iran. Walked forward freely. Sometimes to the right, sometimes to the left. Again arranged the goal ball for the teammates. With such an all-purpose, free-wheeling captain, they can expect great things. England scored half a dozen goals without Kane. Because the regular goalscorers in the English Premier League, Bukoa Saka, Raheem Sterling or Marcus Rashford have scored goal after goal with a beautiful understanding among themselves. Unfortunately for Iran, their number one goalkeeper Alireza Beiranvard sat out with a hamstring injury after twenty minutes. The substitute goalkeeper couldn’t handle that spot. There is no use in blaming Hossain Hossain. Iran’s defense has repeatedly collapsed under pressure. In protest against FIFA, Iran did not sing their national anthem before the start of the match. But they did not show this courage in the match.

The England players played numerous passes between themselves from the start and built up one attack after another. Getting a goal was just a matter of time. It came in 35 minutes. Midfielder Judy Bellingham scored from the back with a header from Luca Scheer’s center from the left. The boy is only 19 years old. The maturity he showed in the first match of the World Cup earned him a place in the team. Bukoa Saka made it 2-0 in the 43rd minute. He came under fire after missing a penalty in last year’s Euro final. At the first opportunity in a year, Saka explained that there will be discussion about him, not criticism. Saka rose to head Harry Maguire’s cross from the left. But worse times were still ahead for Iran. In the corner from the left, Harry Kane laid the ball down for Reeme Sterling. Sterling scored a left-footed volley. The age of the match was 46 minutes. The fourth referee showed 4 minutes of injury time, but the referee played 14 minutes. This is also a story worth telling.

If three goals are scored before the break, there is nothing left in the match. But this England is made of a different metal. So Saka scored with a solo effort in the 62nd minute. But three minutes later, England had to score a goal to compensate for some complacency. Jordan Pickford, who had never touched a hard ball until then, scored. Mehdi Taremi fired a high shot past center back John Stones. After this, Marcus Rashford was dropped. And he ran a long way to score the fifth goal for the team. But even then England’s hunger for goals was not satisfied. Another change, Jack Grealish, completed it. From the right side, Rashford tapped the center and scored. But Iran has to be praised but they did not disappoint. Mehdi Taremi scored from the penalty spot in stoppage time. Gareth Southgate, however, needs to think about his defensive organisation.

The post England showed in the first match that they are a long race horse appeared first on Kolkata TV.