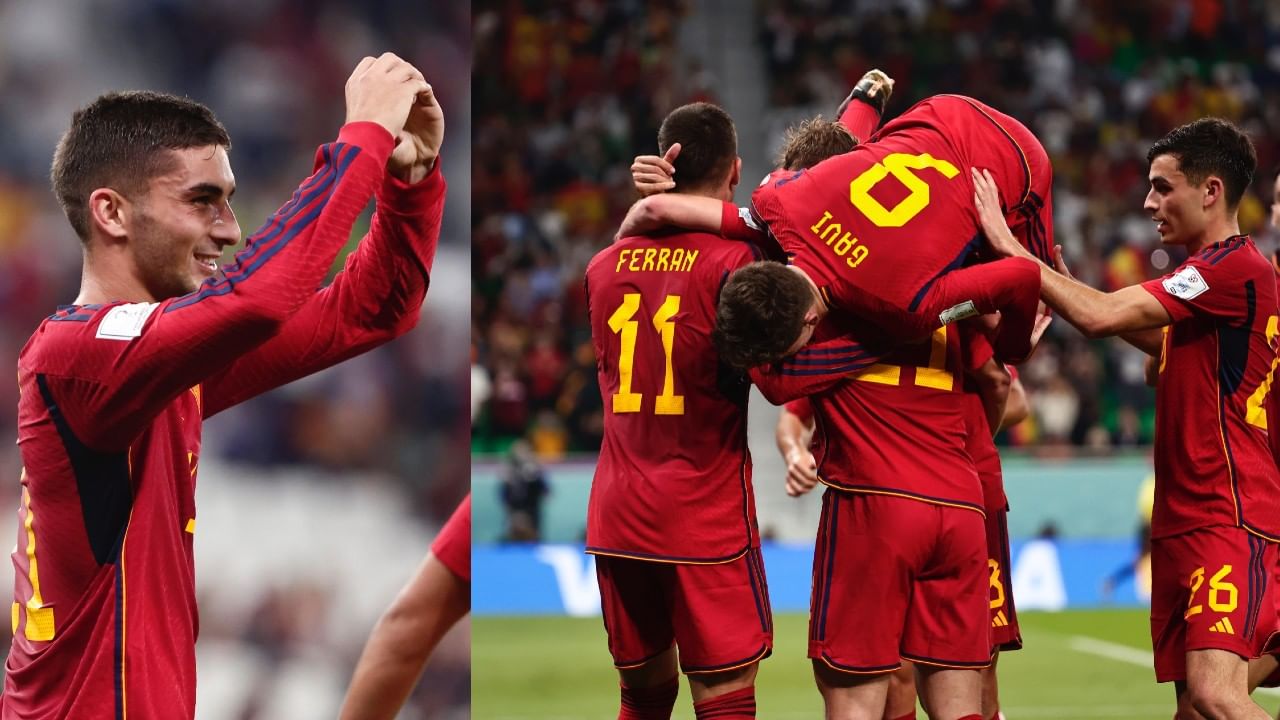 FIFA World Cup Match Report, SPAIN vs COSTA RICA: Defeat the opponent with a flurry of passes. That’s what Spain did against Costa Rica. A photo gallery would have been more appropriate than a match report! Spain won the 2010 World Cup by scoring only 8 goals in the entire tournament. This time 7 goals in the first match. 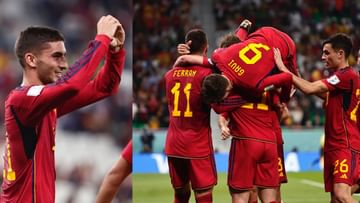 Doha: Luis Enrique stepped into the queue with a mountain of criticism. All 8 in the squad are Barcelona footballers. Two experienced footballers like David De Gea, Sergio Bemos have not been retained. A bunch of young footballers like Pedri, Gabi in the team. Sergio Busquets is also in Qatar as the only member of the 2010 champions team. Enrique trusted the younger generation. In their first match at the World Cup in Qatar, this young team kept the status of the coach’s trust. Pass… pass… pass…. Spain’s football means expectations. Shortening the opponent’s breath with a flurry of passes. That’s what Spain did against Costa Rica. A photo gallery would have been more appropriate than a match report! Spain won the 2010 World Cup by scoring only 8 goals in the entire tournament. This time 7 goals in the first match. details TV9Banglain

Before the World Cup, Costa Rica was unbeaten in five matches. They have goalkeepers like Keylor Navas in their team. Navas is playing World Cup number three. The club is also successful in football. He also got nervous in front of Spain’s passing football. Luis Enrique fielded the team in a 4-3-3 formation. This squad was actually selected for the 2020 Euro Cup. A handful of changes. Spain lost in a tiebreaker in the semi-finals of the Euros. The experience of the young brigade has increased. There are veterans like Busquets, Jordi Alba, Cesar Azpilicueta. Can’t see the flowers of the pass, what happens! Spain played a total of 573 passes in the first half. 93 percent of these are perfect passes. The lead in possession was 85-15. The question may arise, what is the benefit of playing so many passes? Spain went into the break leading 3-0.

Five passes scored in just 11 minutes of the match. Danny Olmo put Spain ahead. Spain’s 100th World Cup goal. Spain is the sixth team to reach the milestone of 100 goals in the World Cup. The second goal came in the 21st minute of the match. Long pass by Sergio Busquets to the left side of the box from midfield. Jordi Alba passes on the right. Goal by Marco Asensi’s shot. Ferran Torres made the score line 3-0 in the first half from the penalty.

Costa Rica had lost the power to turn around in Spain’s flurry of passes. Tikitaka again from the beginning of the second half. Ferran Torres scored the team’s fourth goal and his own in the 54th minute. Luis Enrique changed to lead by 4 goals. Álvaro Morata replaces Ferran Torres and Carlos Soler replaces Pedri. In 63 minutes, Jordi Alba was brought down by Balde. Jose Gaya was knocked out at the last moment and another young Bald got a chance. He played his debut match in the senior team at the World Cup stage. Busquets, Asensio also picked up Enrique. However, there was no problem. In the 74th minute, Gabi scored a volley from Alvaro Morata’s cross. Gabi is Spain’s youngest scorer in the World Cup. The goal book is not closed yet. Goals from Carlos Soler and Alvaro Morata in the last minute of regulation time and in added time. Costa Rica did not get a chance to attack while handling Spain’s pass. As many passes as Spain’s 4 players played individually, Costa Rica could not play as many passes as a whole team. Spain played a total of 1043 passes with 93 percent accuracy.