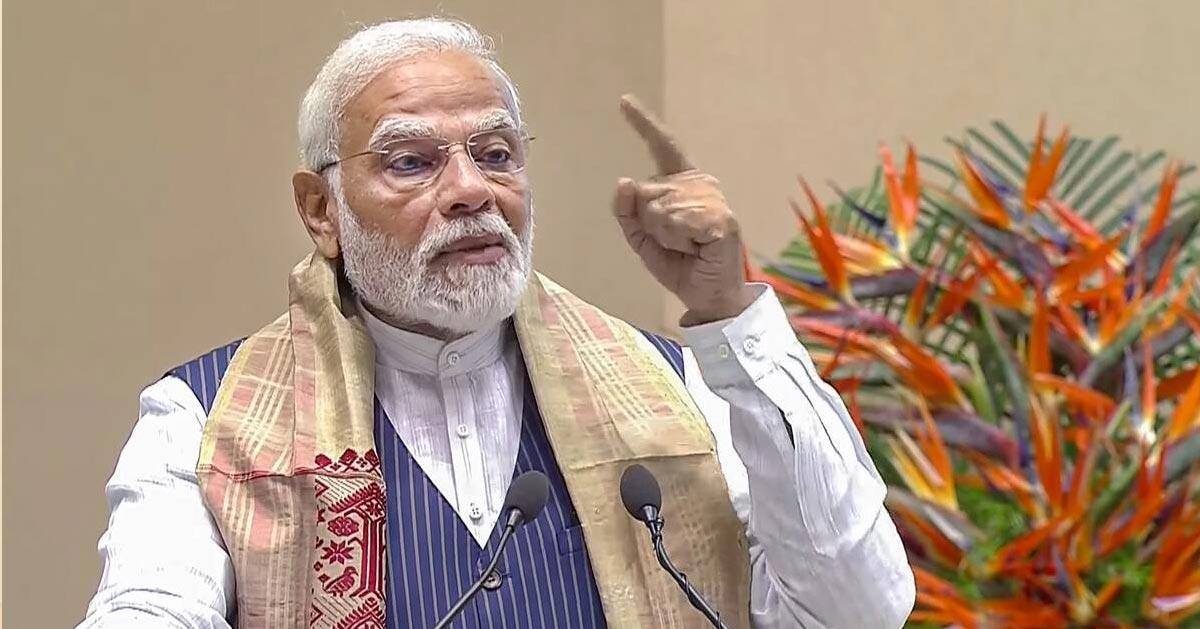 
Even after independence we are taught that history is written by colonial conspiracies: Narendra Modi

New Delhi: Prime Minister Narendra Modi said that despite getting independence, we are being taught history written as a result of colonial era conspiracy.

He was speaking at the closing ceremony of a three-day program organized by the Assam government in Delhi as part of the 400th birth anniversary celebrations of Lachit Barphukan, who fought against the Mughal Empire.

In every corner of the country brave men and women warriors fought against oppression. However, the Prime Minister said that these struggles have been deliberately glossed over in history.

Isn’t Lachit Barphukan’s prowess important? “Isn’t the sacrifice of thousands of warriors in Assam who fought against the Mughals important?” asked Narendra Modi.

It is a plea to historians that India is not the story of Aurangzeb or Humayun alone. India belongs to Lachit Barphukan, Chhatrapati Shivaji, Guru Gavind Singh and Durgadas Rathore. We must try to bring it to light. It will help make India a global guru,’ said Himanta Biswa Sharma.

Speaking at the birth anniversary of Lachit Barphukan, Union Home Minister Amit Shah asked historians to rewrite history in the context of India. He promised all-out support of the central government for such endeavours.

He was a history student. Our history has been distorted. Students and university professors must come forward and do research and rewrite history. Amit Shah said that this is how the future generations should be inspired. He also opined that it is time to revise history courses to benefit the people.

‘I am a history student. I have heard many times that our history is misrepresented and distorted. That may be true. But we need to get it all right.

Who is stopping you from presenting history properly? All the students and university professors sitting here should research 30 dynasties that ruled for more than 150 years and 300 prominent figures who fought for freedom to correct the narrative that history is wrong.’

Content Highlight: Even after Independence, we are taught history written as conspiracy during colonial era: PM Narendra Modi