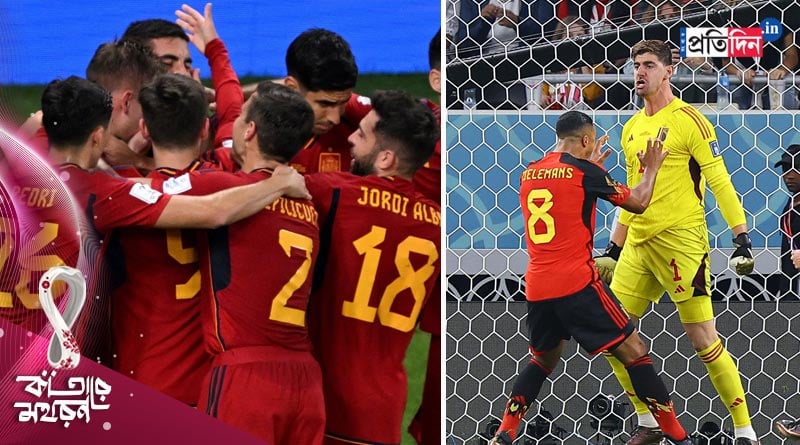 News Daily Digital Desk: Before arriving in Qatar, Luis Enrique said, “We are going to play attacking and passing football.” Watching Spain’s game against Costa Rica, I realized how much substance there was in those words. Can there really be so much variety in passing? Is it possible to keep ball possession like this? Eye-catching football. So Spain went ahead 3-0 by beating Costa Rica before the break. After 90 minutes that number increased to 7-0. Ferran Torres scored twice for Spain. Olmo, Asensio, Gavi, Sole and Morata scored the rest of the goals.

And on the way to the seventh heaven, the Spanish Armada has recorded a bunch of bunches. First of all, this is Spain’s biggest win in the World Cup. Earlier they won 6-1 against Bulgaria in 1998. Interestingly, when Spain won the FIFA World Cup in 2010, they scored a total of 8 goals. Spain has almost reached that number in one match of this World Cup. Not only that, no one has won the World Cup by such a big margin since 2010. The last time Portugal beat North Korea 7-0 was in 2010.

Spain have scored seven goals in a match for the first time at the #FIFAWorldCup pic.twitter.com/biyQLQpiGg

This is not the end, there is more to the record. Dani Olmo scored the first goal after 11 minutes to give Spain the lead. Thanks to this goal, Spain scored 100 goals in the World Cup. Spain also sat together with Brazil, Argentina, Italy, Germany, France. In 2010, Spain surprised the world football by winning the championship. Three goals were scored in 31 minutes. Three goals in such quick succession at the World Cup would rank second. The Germany-Brazil match in 2014 saw three goals faster than that. Germany did. Luis Enrique’s Spain made a total of 1043 passes. No team has made so many passes in a World Cup match. Ball possession was 85 percent. That means the Costa Rican footballers were just spectators. Not only team but also individual record. Spain’s Gavi became the owner of the second fastest goal in the World Cup by scoring in the 74th minute. He scored a goal in the World Cup at the age of 18 years and 110 days. Earlier, only Pele scored at a younger age.

Although Spain blew away Costa Rica with a smile, another European heavyweight team, Belgium, had to win with a lot of difficulty. Michy Batshuayi’s only goal opened Belgium’s World Cup campaign by defeating Canada. Brilliant goalkeeper Thibaut Courtois saved a penalty in a 1-0 win. Canada had a golden opportunity to go ahead in the 10th minute of the match. Yannick Carrasco’s handball in the box earned a penalty as the Canadians returned to the World Cup after 36 years. But Alphonso Davis could not use the opportunity. He is one of Canada’s hopes in the Qatar Cup campaign. And because of his mistake, Canada lost the opportunity to move forward. Courtois didn’t have much trouble stopping Davies’ weak shot. From the beginning of this day, Canada fought with eyes on Belgium. After the match, a separate thank you note was posted on the official page of the Belgium football team about Courtois.