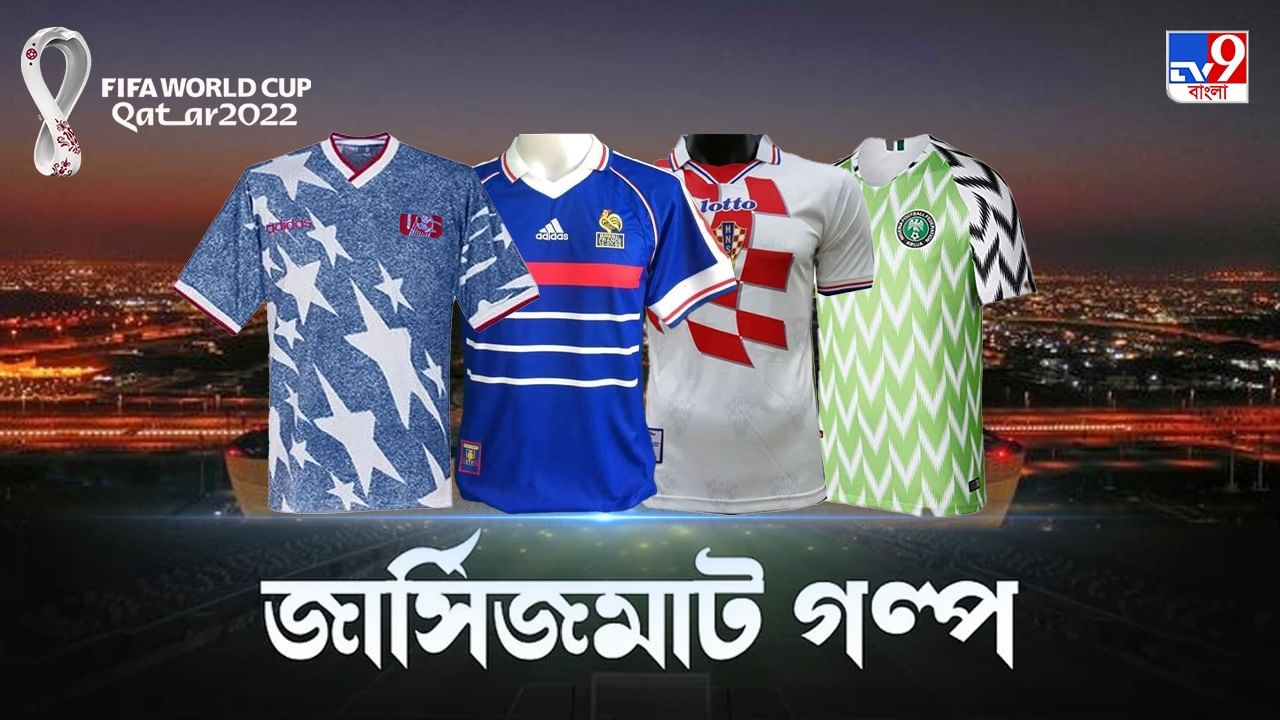 Football World Cup: Jersey is not just a collage of pieces of cloth. Jersey can be said to be a treasure trove of memories. Which goes down in the pages of history as moments of joy and heartbreak. 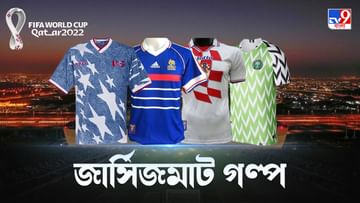 On the stage of the World Cup, footballers wear their country’s jersey and enter the field. The jersey also reminds them of their national heritage. The heart of the supporter of that country sitting in front of the television or on the field is filled with joy and pride. A jersey is not just a collage of pieces of fabric. Jersey can be said to be a treasure trove of memories. Which goes down in the pages of history as moments of joy and heartbreak. A unique story was brought up about the jersey itself TV9 Bangla.

When it comes to iconic World Cup jerseys, Johan Cruyff’s Netherlands jersey tops the list. After which they played the 1974 World Cup final. Cruyff’s personal sponsor at this World Cup was Puma. But Adidas sponsored the Dutch jersey in the World Cup. As a result, Cruyff’s jersey featured 2 stripes instead of 3 Adidas stripes. Which, in a word, never happened again.

In 1994, a jersey like America’s jersey was seen in another World Cup! Did not get the love of many people! It is difficult to say. Americans’ love for denim is well known. And the 1994 away jersey was made in that colour. On it was the star of the American flag. The jersey number and logo were written in maroon color on this jersey.

The same year that France won the World Cup for the first time, the jersey is still remembered by countless people around the world. The Adidas jersey is a royal blue color with a red and three narrow white stripes running across it. The puffy sleeves and white shorts of this jersey have added a few folds to its beauty. It is believed to be the most beautiful jersey ever made by adidas. 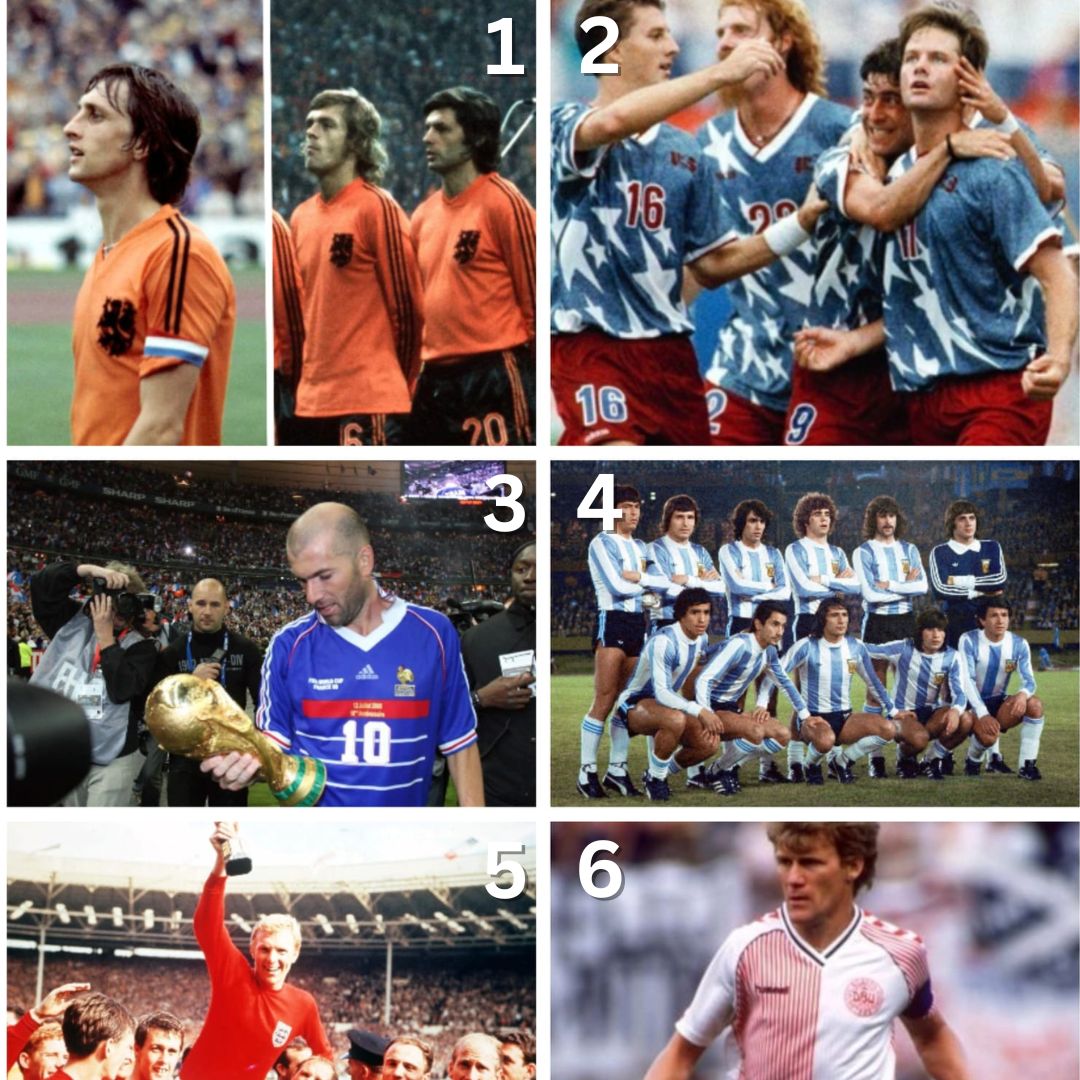 Argentina’s World Cup victory in 1978 is seen not only as a glory for Argentine football. This cup win taught the people of a country that was suffering from military rule to fight anew. And that iconic jersey of Argentina in this World Cup is worth remembering. This blue and white striped jersey had the Football Federation logo on the left side of the chest and the old Adidas logo on the right side.

Bobby Moore’s England won the World Cup in 1966 wearing the away kit. And England’s red away kit became much more famous than England’s white home kit. This jersey has been considered the best many times compared to others.

Denmark’s 1986 jersey was admired around the world. This jersey with red and white stripes along the length was very attractive. The Danes wore red shorts with this jersey, which increased the attractiveness of the jersey several times.

Which is the most iconic jersey of the World Cup? There is no answer to this question. But the jersey worn by Croatia in the 1998 World Cup is still considered one of the best World Cup jerseys in many lists. Although this can be debated. The Croatian flag is featured on this red-and-white check jersey. And Davor Sukerra played the semi-final after wearing this jersey.

Sparkling, shiny and classy. Colombia’s 2014 World Cup jersey can be described as: This raw yellow jersey had dark blue stripes on the corners. There was a panel at the top, which came down from the right shoulder of the jersey to the logo. With this, watching Colombia play in white shorts was truly a treat for the eyes. 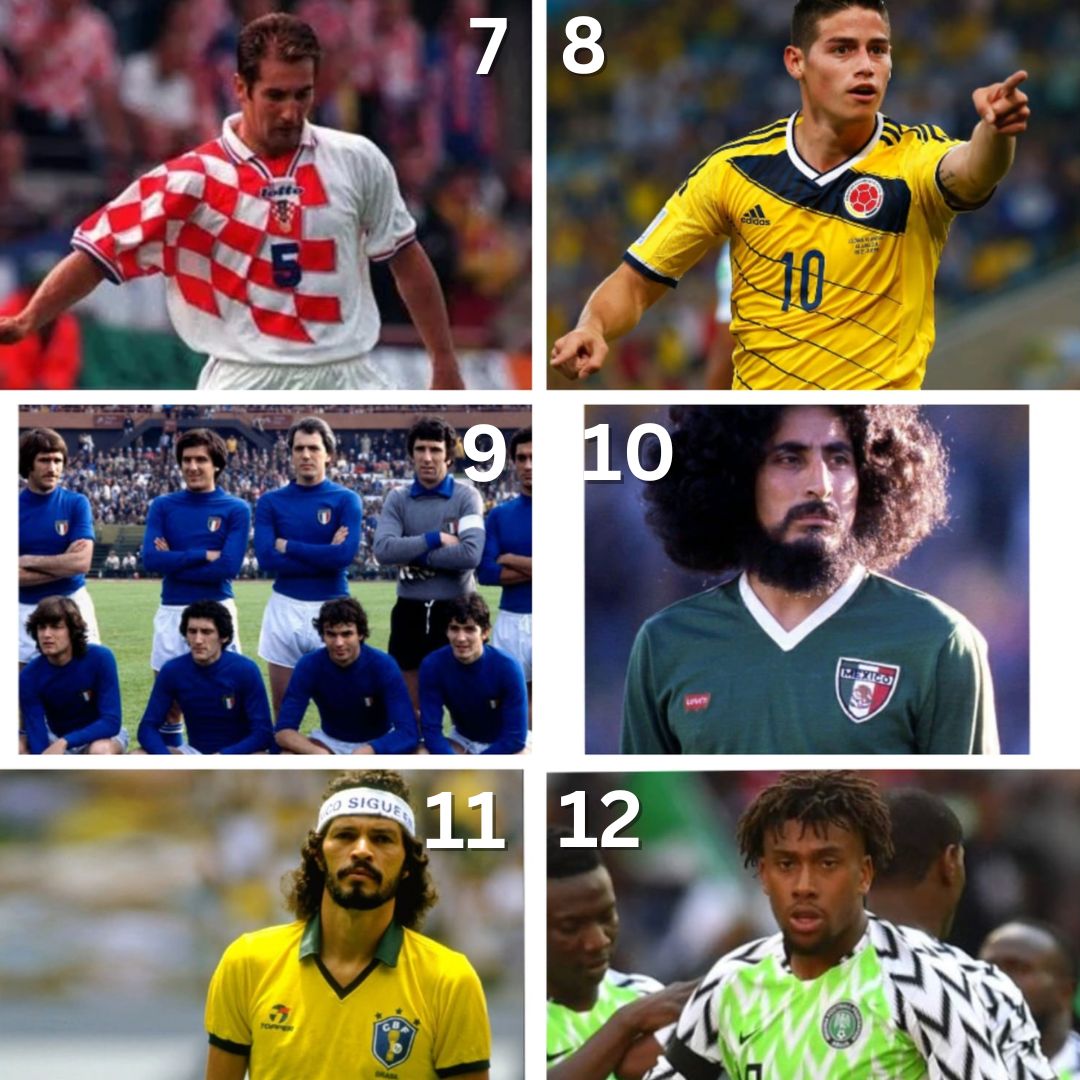 Various experiments have been done repeatedly with Mexican green dyes. But Levi’s made Mexico’s kit for the 1978 World Cup. The white V-neck and green colored jersey featured a red Levi’s logo on the left chest and the Mexico logo on the right.

Brazil’s 1986 World Cup jersey worn by Zico, Socrates and Kareka was their retro jersey. This bright yellow jersey had a dark green collar. Even though Brazil lost in the quarter-finals at this World Cup, this was one of the most memorable jerseys for the Selecao.

Nigeria’s home kit at the 2018 World Cup was completely different. What shocked the Nigerian fans. There was a long line in front of the Nike store. The kit set a pre-order record. The fluorescent green colored jersey had a zigzag pattern painted in white. And the black zigzag pattern was done on the white sleeves of this jersey.

Qatar World Cup is going to start from November 20. 32 countries will come down to play. 64 jerseys from 32 countries have already been unveiled. Now let’s see, in the jersey fight outside the game, which country’s jersey takes place in the fans’ minds.