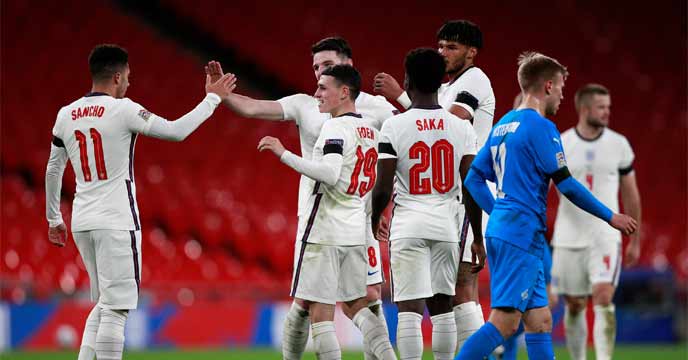 The memories of the U-17 Football World Cup on Indian soil five years ago are still vivid. A bunch of rising stars came to the World Cup that time. Some of those footballers who have played on Indian soil will play in Qatar this time. The challenge to succeed on the big stage this time in the jersey of the country.

Ferran Torres, Phil Fodden, Gallagher, Eric Garcia played in Yuva Bharati Stadium. The Spain-England duel in the W17 World Cup final is still unforgettable. Foden and Torres are both the main stars of the team at that time. This time the coaches are trusting them in the senior team as well. 12 footballers who played in the Under-17 World Cup in India will play for their country in the Qatar Football World Cup this time.

Phil Fodden (England)- Phil Foden blossomed in the U-17 World Cup. This footballer of England’s attack is one of the three lions’ center of confidence in this World Cup. Foden has left a huge impression on the Manchester City jersey in club football. He did not stop at performing well in the Youth World Cup five years ago. Foden scored a brace against Spain in that World Cup final. He made it to the first eleven of Gareth Southgate’s team. Made his debut in the senior team in 2020. Within two years, Phil Fodden has made himself one of the best footballers in the team.

Conor Gallagher (England)- This cool-headed midfielder caught the eye in the Youth World Cup. This time in the country’s jersey, Qatar has also received a call to the World Cup team. Played for Chelsea in club football. Although primarily a box to box midfielder, he is capable of adding to the attack. Southgate is unlikely to feature in the starting XI, but is one of the team’s strengths on the bench.

Ferran Torres (Spain)- Ferran Torres caught a lot of attention in the Youth World Cup held in India. It was the first time the Spanish attacker gave a glimpse of ruling world football. In addition to scoring 2 goals in that World Cup, he also had 3 assists to his name. In club football, he is in good form in the Barcelona jersey. Last two years played in Manchester City. Before that, Torres made his name known in the Valencia jersey. He is one of Luis Enrique’s main hopes. Torres is ready to prove himself in Qatar World Cup.

Eric Garcia (Spain)- In the 2017 Youth World Cup, he relied on Spain’s defense. This time, Eric Garcia is ready to defend on the stage of Qatar. He has played eighteen matches in the jersey of the national team. Enrique also has faith in the young defender. Garcia has also caught the attention of the Barcelona jersey in club football.

Ugo Guillamón (Spain)- Accustomed to playing defense as well as midfield. He also played for Spain in the U-17 World Cup held in India. This time, Ugo is ready to give his best in the Qatar World Cup in the jersey of the senior team.

Aurelien Chaumainy (France)– Shouwameni is still seen as a promising footballer despite catching the eye in the Youth World Cup held in India. Basically a midfield footballer. He also made it to Real Madrid’s first XI. Made his debut in France’s senior team last year. After that he played 14 matches for Les Blues. Didier has given hope to the country. Shouameni’s goal is to keep the trophy intact in Qatar World Cup.

Takefusa Kubo (Japan)- Kubo became the star of Japan in the U-17 World Cup. He is also indispensable in the senior team. In addition to scoring a goal for the country in the Youth World Cup, he also made two assists. Signed to Real Madrid from FC Tokyo for three years. Although he did not get a chance in Real’s jersey, he got a chance in Real Sociedad, another club in Spain. Kubo is ready to present the best football in Qatar World Cup.

Timothy Weah (USA)- Timothy is the son of popular Liberian footballer George Weir. George Weah is an unsung hero on the world stage. Even from the list of the best footballers, the World Cup has not been played. George aims to fulfill that dream by holding his son’s hand. Timothy scored a hat-trick on Indian soil in the Youth World Cup. He scored a hat-trick against Paraguay. Played for Lille in club football. Timothy is desperate to honor his father as well as do justice to his name at the World Cup in Qatar.

Sergino Dest (USA)- The USA left back made four appearances at the Youth World Cup. He is one of the most talented footballers in North America. This footballer of Dutch origin has gradually established himself. Plays for AC Milan in club football. One of the key members of the US senior team. The team is ready to give the best in Qatar World Cup.