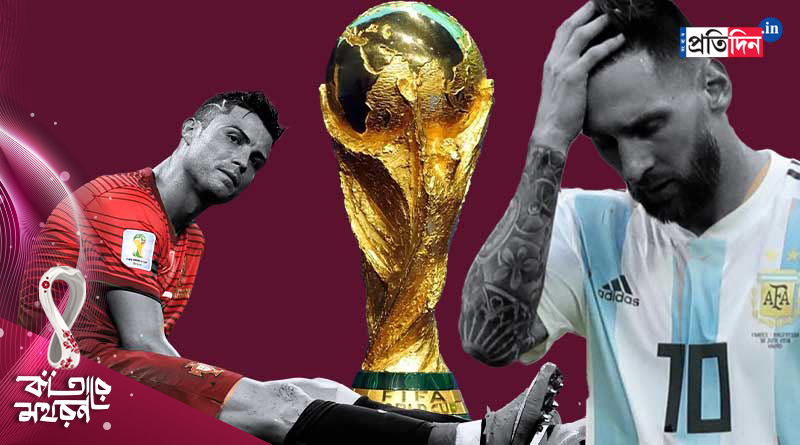 Sauranshu and Soghya Chatterjee: The temperature in Qatar rises to 45 to 50 degrees during summer. It may boil eggs in the heat, but football! Naive Naive f! On the other hand, the footballers have to come down to the mega tournament after playing football continuously. All in all, apart from the opponent’s tackle, Messi-Ronaldo will have to face thousands of challenges.

So the way? The solution is that the end of the season World Cup (Qatar World Cup) has been brought in the winter. But if you do club football in the winter? Club football in Europe pays for the stars, they are the biggest in the world. Will they move? The club has been winning the country vs club battle for quite some time now. The country has now compromised. However, if Qatar is not, the World Cup will not be held in a hot country? In that case the options are either a fully air-conditioned stadium or a winter World Cup. That’s all understood, but what about the club’s season? Nothing, the club season will continue until the next time the World Cup is played. A month and a half World Cup.

Even if you play at night in winter, the humidity will be high, and you may get tired after playing for a long time. Right now the temperature in Doha is hovering between 32 and 22 degrees Celsius. It contains about 90 percent moisture. Even though the stadium is air-conditioned, the humidity will be more felt in the closed stadium. On top of that, until a week ago, the European clubs squeezed the players. And for the last two and a half months, star footballers have to play an average of 8 matches a month, one during the week and one on the weekend. So it is to be feared that the early stage games of the first round will not witness much good football. But from the last week of November the players will start performing according to their abilities.

Five changes instead of three are going to be very important in this World Cup. This is due to humidity and fatigue. During the match the coaches will have the opportunity to change about half the team according to the match reading. So it can be said that there will not be much change in the quality or speed of the game. VAR or Video Assistant Referee is more advanced this time. With the help of twelve cameras installed in different parts of the stadium, they will be able to capture difficult angles easily. This time Adidas Al Rihla chip is on it. This technology maps 29 points on the human body fifty times a second. It is expected that VAR will be least controversial in this World Cup.

In fact, if a system has been in place for years, we assume that it is the rule. And can never digest the slightest change there. Not everything will be the same as the European facility is spreading the game. To truly go global, global tournaments like the World Cup need to be moved more and more outside of Europe and South America. The World Cup in Qatar is an important step in that journey.