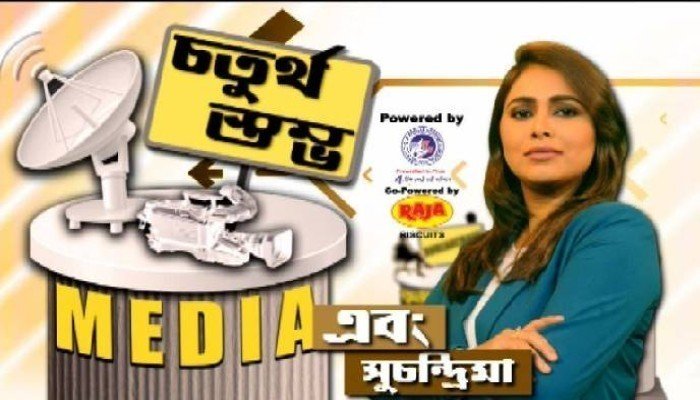 At the end of the great episode, some time in between, the Pandavas have ended their anonymity and are in the hospitality of King Virata, there is the wedding of Abhimanyu, the kings of different countries have come. Pandavas want to get back their kingdom, Hastinapur. At the back is Krishna, he is the one arranging the knots, telling the Pandavas, fight ahead, gather support, gather arms. The weapons that Arjuna had collected during the unknown, which were hidden in the Shami tree, are now in hand, but more weapons are wanted. Well, the Kauravas did not know about this initiative, this preparation. After a few days, the Bhishma Parva will begin, the five brothers face each other in the battle of Kurukshetra, on the other hand Bhishma, Drona, Kripacharya. The Kauravas also knew that there would be a war. He knew Duryodhana, he knew Shakuni, Karna, Dushasan. Vidura, Bhishma, Drona, Kripacharya knew and were trying to stop this war. Therefore, a preparatory phase was going on for the Kauravas, Duryodhana was also looking at the 18 lakh Akshauhini army of Shri Krishna to collect the army, weapons, keep Bhishma, Drona, Kripacharyas in the group. In fact, preparation was going on for Kaurava too. So, this initiative is the biggest episode of Mahabharata. If we look at the politics of today’s Mahabharata, it will also be clear that the preparations are underway. Yesterday I talked about the preparation phase of the opposition, today let’s look at the preparation phase of the ruling party BJP, the organization sitting on its head RSS. First let’s talk about RSS. They mix politics with society to make a cocktail, there are very subtle political moves, if you don’t see them carefully, it seems like a dead lesson is going on. Actually, it takes a little time to understand that the strong poison they are spreading is spreading. Note, people are being beaten to death all over the country for cow slaughter, selling beef etc., some people have ocher on their heads, they are just beating people to death. RSS Sarsanghachalak said, violence should stop in the name of cow slaughter, we know cow as mother, we worship cow, but there should be no violence over it. This violence is a criminal act, a crime, it was Narendra Modi’s responsibility to stop it or talk about it, he is silent. Sarsanghachalak reminded, we worship cow, we call cow mother. Who? We are Hindus. I mean, who does not worship cows? Who cuts the cow? The Muslims He explained the cause. Make it clear, you don’t kill cows, we won’t beat them. This is RSS. Lok Sabha elections are coming, either Esper or Osper fight. Not only upper caste support, not only Brahmins, Kshatriyas or Vaishyas, we need the support of the majority of the lower caste people of the country, they should be brought into one bracket. Those neglected, exploited lower caste people should be brought within the Hindu bracket. Sarsanghachalak said, caste discrimination is a thing of the past, now everyone is equal. Now everyone is Hindu. The message is clear and loud, Hindu khatre mein hai, so Hindu unity is needed, Hindu votes need to come together. The RSS prays, “Namaste Sada Vatsale Matri Bhoome Tya Hindu Bhoome Sukhang Nadgehehham.” Translation – Oh motherland loving to children, I bow to you constantly. O Hindu land, I am happily nurtured by you. Yes Hindu land. Who are the Hindus? Those who worship the Vedas. In the Vedas which speak of Chaturvana, Brahmans are said to be born from the brain, Kshatriyas from Skandha i.e. shoulders, Vaishyas from the knees and Shudras from the feet. That Shudras are forbidden to study the Vedas. RSS is currently trying to increase the vote percentage by putting those Shudras in one bracket. Sarsangchalak Mohan Bhagwat wants to complete this task at the beginning of the preparation phase. The closer the election day comes, the more loudly he will say against this caste system, his aim is not to end caste system, but to increase vote percentage.

Now let’s go directly to the political organization BJP. State to state vigilance, CBI, ED raids, arbitrarily changing laws and giving huge powers to these agencies, its benefits are everywhere. A BJP MP MLA is not under this investigation, nor is ED or Income Tax raiding their homes. There are even complaints that even if such leaders join BJP, they are also getting clean certificates, they are not being called to the ED office, CBI is somehow forgetting to look at them. Examples are our Kanthi’s Touch Me Not Khokababu and many other gang members. This is also a preparatory stage, because this news will be shown on channel after channel, BJP is in the government, the opposition is doing corruption. The results are also showing, Sanjay Raut, the leader of Shiv Sena’s Uddhav group, was arrested a few days ago, and since he came out after getting the bell, he has a negative tone in his voice, I am sure that tone will be clearer in the coming days. The second game of Udyog Parva is in the best place, money money money money, chakravaran, tui bine all empty. Who does not know that money is needed to win elections. And BJP has taken that money collection to the level of an industry. Electoral bonds are designed to make corporate funding neutral, meaning industrialists will pay to buy bonds from banks, then give them to political parties, who will then deposit the bonds in the bank and withdraw the money. A bit like when you give gift vouchers at a wedding, if you compare the envelopes, you won’t be able to tell who paid how much. But the funny thing is, it is clear to the government how much bond an industrialist buys due to being in power in the government, and knowing how much of that money came to the BJP, so how much money an industrialist gave to the opposition is also clear as water. Therefore, the industrialists are handing over the bulk of the money to the BJP without licking the crocodile out of the water. Statistics show that 67 percent of the electoral bonds are getting 41 percent of the total votes given to the BJP, while the rest is shared among various parties. That means the logistics of the fight were gathered. Next is setting the issue of the 2024 election, what would you say it is? People choose the issue, how to set the political party? Yes, the process has already started. The issue of 2024 is Ram Mandir in Ayodhya. By January 24, the temple will be inaugurated, visitors from all over the country will come, oath will be taken there, Kashi Mathura. The next election will not talk about unemployed youth, will not talk about support price for farmers’ crops, won’t talk about roti clothes, houses, health, education, electricity. RSS-BJP’s dream is that poor and proud people will find their spiritual existence standing in front of the biggest temple in the world, shouting Yeh toh paheli jhanki hai, kasi mathura bakhi hai, we can hear the prelude to that too. Then there is the furtive support of the fifth columnists, traitors, sometimes in the name of Islam and somewhere we are the real sweepers, some vote-cutting parties will come and cut the votes to benefit the BJP. And finally there is the post-election buying and selling of MPs, an understatement that Amit Shah has done a doctorate on. But this preparation will not happen just after the election results. BJP leader, Amit Shah has already started identifying the black sheep of the opposition party, they will be seen publicly after the election, if the BJP falls behind even by 20-30 seats, it will also gain. This is BJP’s preparation. Duryodhana thought that Bhishma is towards me, Maharathis like Drona Kripacharya are towards me, Karna the hero with impenetrable armor coils is towards me, Krishna’s 11 Akshauhini army is towards me, Krishna has vowed not to take up arms, who will defeat me? He lost, the fall was brutal. Country-wide inflation, unemployment, poor condition of farmers, real wages of workers can become the main issue of elections, everything can change. But so far the advantage is the ruling party, the opposition is still directionless.

The post Fourth Pillar: The work of salting is going on all over the country, preparation phase – 2 appeared first on Kolkata TV.