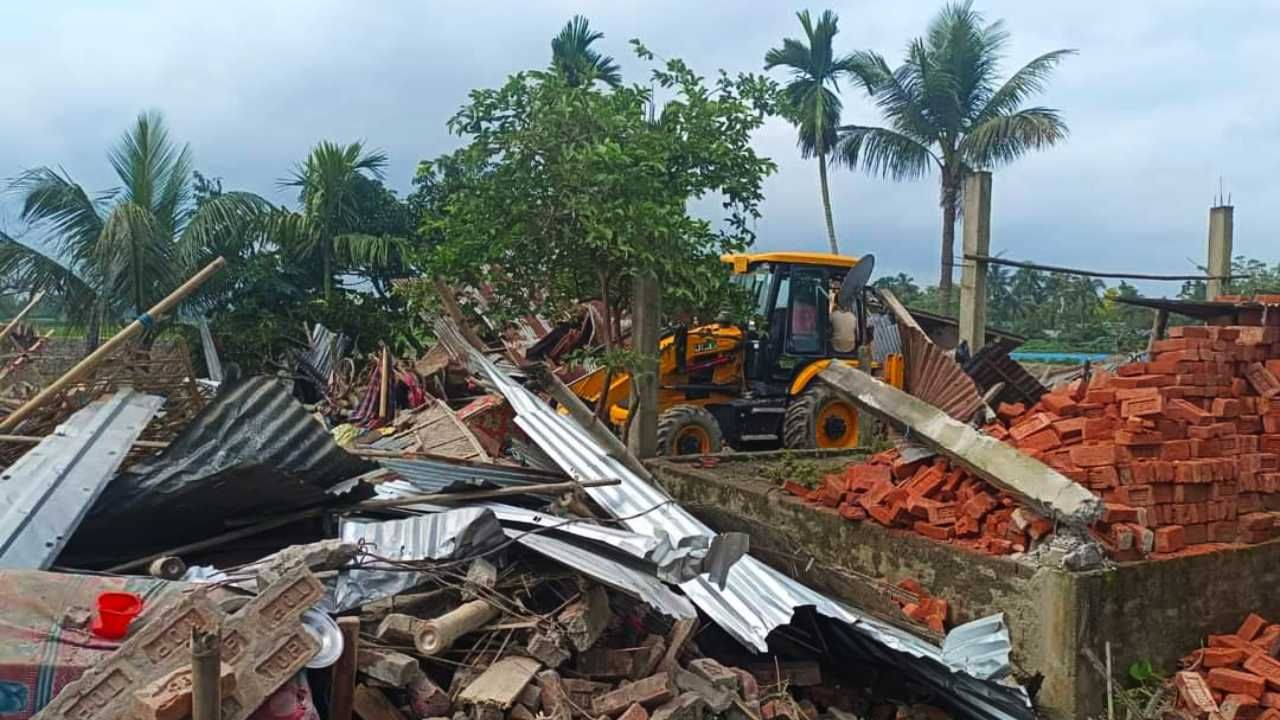 Guwahati High Court slams Assam police: Last May, five people’s houses were bulldozed by police in Batadarbha police station in Assam’s Naogaon district on charges of arson. On Friday (November 18), the court reprimanded the police for this action. The police bulldozed the houses of five people on the charge of arson at Batadarbha police station in Assam’s Naogaon district.

Guwahati: Last May, five people’s houses were bulldozed by the police on charges of arson at Batadarbha police station in Assam’s Naogaon district. A suo motu case was filed by the Guwahati High Court following the incident. During the hearing of the case on Friday (November 18), the court expressed its displeasure at the violation of legal procedure. A division bench headed by Chief Justice RM Chhaya said, “Show me any jurisprudence where police can bulldoze a person’s house without any order to investigate a crime.”

Criticizing the police administration, the Chief Justice said, “This requires your permission. You can be the SP of a district, even the IG, DIG or the highest authority, but you have to follow the boundaries of the law. They cannot vandalize someone’s house just because they are the head of the police department. If this is allowed, no one will be safe in this country. Legal process must be followed. One authority is overburdening another authority. Who will represent the SP? what do you say What laws allow this? Without the prior permission of the court, you cannot even search someone’s house.”

The lawyer for the government said that the permission of the court has been taken for the search. But, his argument did not hold up in court. Rather, the court mocked that the actions of the Superintendent of Police are similar to Hindi movies. The Chief Justice said, “In my limited career here at the Bar, I have never seen a police officer who used a bulldozer through a search warrant. I have never seen that in any Hindi movie of Rohit Shetty. Send this story of your SP. Rohit Shetty can make a film on it. What is it? Is it a gang war or a police operation? This is what happens in gang wars. A member of one gang bulldozes the house of another gang.”

In response to this, the government lawyer went on to say that that was not the intention of the Superintendent of Police. The Chief Justice stopped him and said, “The motive can be anything. SPK will have to find another way for this. Law and Order – Both words are used together with the same purpose. We are in a democratic system. That’s enough to tell you. Your DG probably doesn’t know this. Bring it to the attention of higher authorities.”

At the end of today’s hearing, the court once again expressed its dismay at the police action not following procedure and not seeking permission from the court. The Chief Justice said, “If someone forcibly enters the courtroom tomorrow, will the police authorities also crush the court seats under the guise of investigation? What kind of investigation s’E? I forgot the name of the movie, it was Ajay Devgan. He also had to show the court order. You should have waited for the Magistrate’s permission. The way you have managed law and order is not the right way. Please convey this to the higher-ups in the Home Office. You can bring a person to justice for whatever crime he has committed, but who empowered your SP to bulldoze his house?” The next hearing of this case will be on December 13.