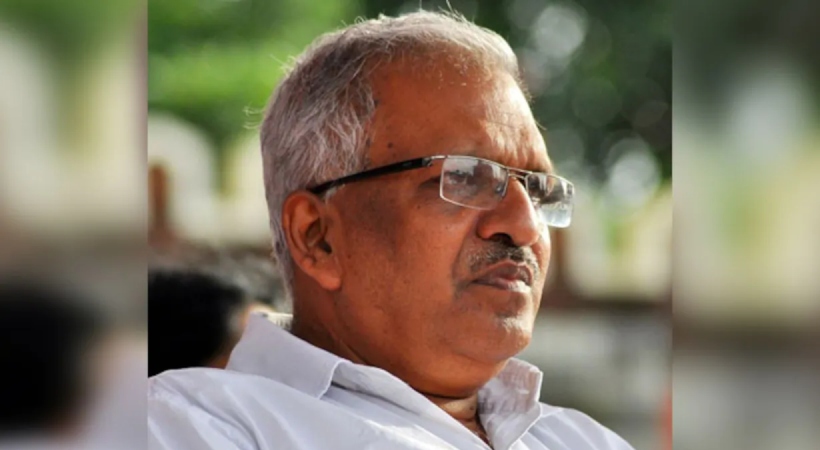 P Jayarajan’s explanation is that it is fine whether the car has a good security system or not. When the RSS attacked the house, the only defense was a cane chair. P Jayarajan added that he is not in a condition to live in fear of bullets. P Jayarajan’s response was through Facebook.

Anything against CPM is news for the media. Now the media spearhead has once again turned on me. Allegedly buying ‘bullet proof luxury car’ at government expense. All you have to do is say that you do not deserve to answer those who spread the news using as many imaginations as possible. For those who want to know the facts, let me say this.

I see any position, including the Khadi Board, as responsibilities assigned by the party. As part of their execution, long journeys are often required. Vice Chairman has been using Innova for the past ten years. Due to age and use, the vehicle has come to the point where it needs to be replaced. The car, which had to be constantly repaired, was unable to reach many places on time. It is in this condition that permission to buy a new vehicle is obtained. Permission has been given to buy a vehicle worth a maximum of Rs 35 Lakhs (note, not necessarily Rs 35 Lakhs, but a maximum price of Rs 35 Lakhs).

A new car is needed instead of an old car that is constantly breaking down and suffering from travel problems. That’s all there is to it. Then, Bulletproof. When the RSS men stormed into my home one Thiruvona day and handcuffed me, all I had as proof armor was a cane chair. P Jayarajan, who is still alive among you, is the rest of what he defended with it. So I don’t have to live in fear of a bullet passing the car I’m buying. It is fine if there is bullet proof or not. Any Malayali who knows me will understand this.

Workers in the traditional industry of Khadi survive today with the support of the LDF government. Khadi workers, who were without work and wages during the Covid pandemic, are getting it today. It is the result of the work done by the board with the support of the government. During this last Onam, a special assistance fund of Rs.1 crore and thirty two lakhs was allotted to the Khadi workers and as a result of the support given by the service organizations and social organizations, the Khadi clothing market has gained strength. This sale will also be held during Christmas and New Year. The anti-left media is requested not to make the poor khadi workers drink porridge by creating fake news that the vice-chairman has a bullet-proof car.

The right-wing communal media’s fantasizing is a failed attempt to put dust in the eyes of the Malayali. The Left has more important awareness than you do about Kerala’s economic status and current needs. That is why the Left is ruling Kerala by overcoming any such false propaganda. At least that much is good to remember.