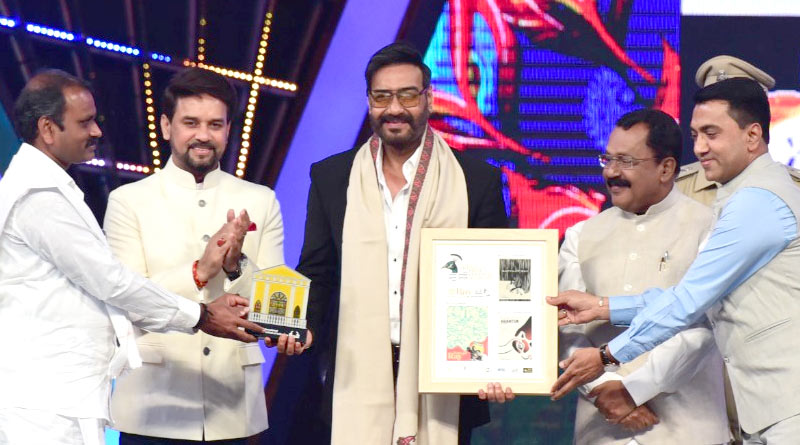 Shampali Basics: A sea of ​​people as far as the eye can see. This is how the movie can be crowded! So happy to see from the stars? The crowd on the premises of the film festival in the post-recession phase is heartening. Asia’s only prestigious International Film Festival ‘IFFIGoa’ (IFFIGoa) was inaugurated at Shyamaprasad Mukherjee Stadium in Goa on Sunday. 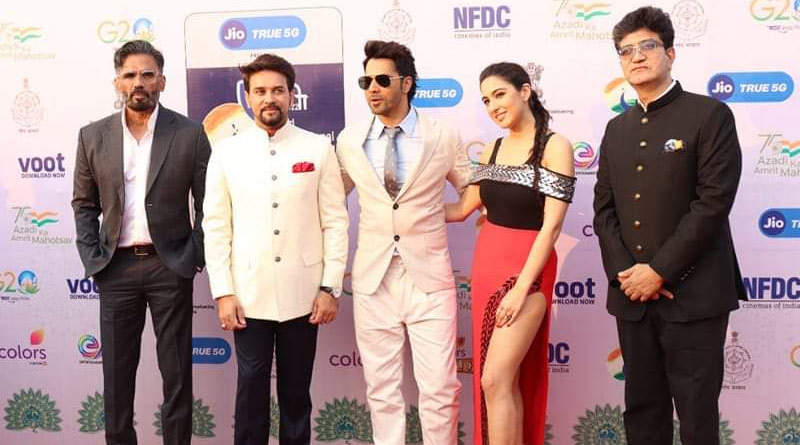 The 53rd International Film Festival of India (IFFI53) will continue till November 28. Union Sports and Information Broadcasting Minister Anurag Thakur, Minister of State for Information and Broadcasting Department was present at the inauguration. L Murugan, Governor of Goa Sreedharan Pillai, Chief Minister of Goa Pramod Sawant, also Sujith Sarkar, Prasoon Joshi were among the dignitaries. Due to the epidemic, the festivities have faded a bit in the past year, but this year the lights of the festival are dazzling.

The theme of the inaugural event was ‘One Hundred Years of Evolution of Indian Cinema’, with the main focus being the celebration of ‘Azadi Ka Amrita Mohotsav’ marking 75 years of India’s independence. This year’s opening film is the Austrian film ‘Alma and Oscar’ directed by Dieter Berner. It had a red carpet and film screening in the afternoon at Inox in Panaji. There were dignitaries including Anurag Thakur.

Commenting on the film festival, Anurag Thakur said, “Effie has become a showcase for directors from around the world. I am sure India will become a hub for co-production, post-production, film content, technology.” In the main event, the Union Minister added, “India is gradually reaching the position of leading the world. Also chaired by the G20. Under the leadership of Prime Minister Narendra Modi, we are moving towards the implementation of the One World, One Family, One Future policy. 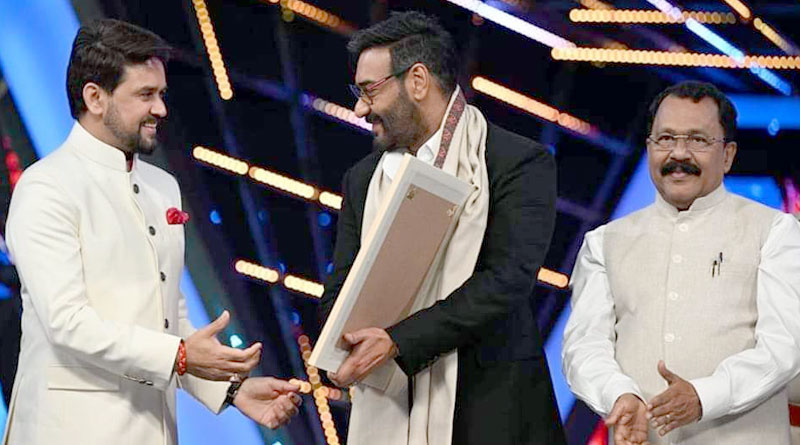 Prime Minister Narendra Modi sent greetings for the festival. At the beginning of the opening ceremony, Aparshakti Khurana took the lead. Then dance performance by Mrunal Tagore. Manoj Vajpayee, Sunil Shetty, Ajay Devgan, Paresh Rawal and Vijayendra Prasad were felicitated on the day. At the inauguration, the Satyajit Roy Lifetime Achievement Award was given to Spanish director Carlos Soura. He could not come due to illness. The debutant director’s daughter Anna took the award.

There is a retrospective of director Carlos this time. France is the country in the spotlight this year. Megastar Chiranjeevi has been selected as ‘Film Personality of the Year’ for 2022.
Kartik Aaryan, Sara Ali Khan, Varun Dhawan, Catherine Teriza and Manch Matan Ritabhari Chakraborty performed at the event. He has represented West Bengal and North-East. 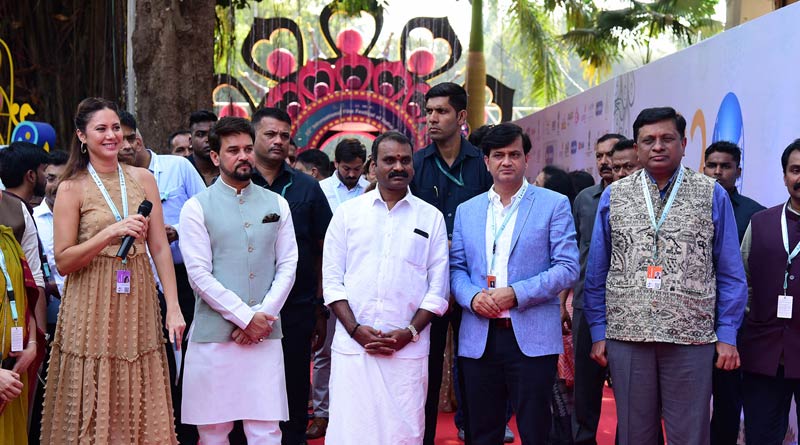 This time 280 films from 79 countries will be shown. In all there are about 500 film screenings. Some of the films from the National Film Archive of India, as well as those preserved by the NFDC, will also be shown. Where there will be Satyajit Ray’s ‘Shataranj Ke Khiladi’ and ‘Ganashatru’. Apart from this, there are premieres of films like ‘The Story Teller’, ‘Drishyam Two’, ‘Goldfish’, ‘Vediya’, ‘Tera Kya Hoga Lovely’ etc. OTT also plays an important role in this year’s festival. Season 4 of the popular series ‘Fouda’ will premiere on Ifi. Celebrating fifty years of Manipuri cinema. Asha Parekh’s retrospective is the major attraction of the festival. Twenty-five feature films and twenty non-feature films will be screened at Indian Panorama this time.

Film bazaar and master classes are going to be the major attractions of the festival, similar to the film market of the Cannes festival. Apart from this, things like art installation, selfie point will attract attention. Forty percent female filmmakers are present this year. Indian Panorama also has several films made by women. Why can’t you go if you can hear! On the opening day of the film festival, the tone of the festival was interrupted.