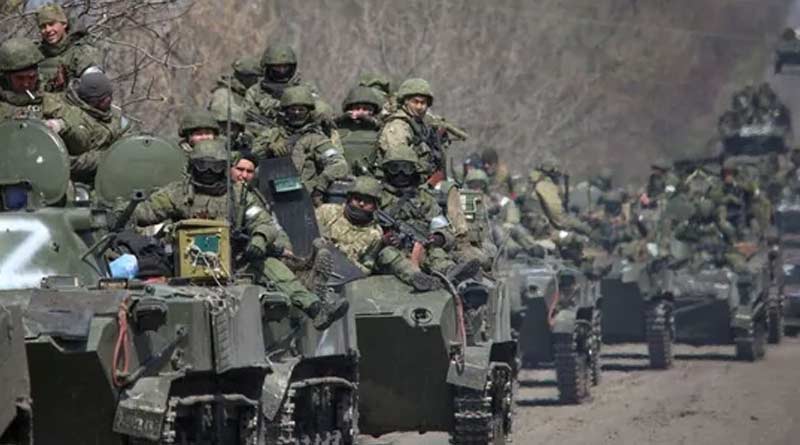 In 2023, India will be the leading member of the G-20. At the recent G-20 summit in Bali, the Russia-Ukraine war was the biggest topic of discussion. Modi will hold 200 state-by-state events in 2023 around this conference. Let there be celebrations within the country, but more responsibility rests on Narendra Modi’s shoulders to help find a peaceful solution to end this nine-month-long war. writing Jayant Ghoshal

The word ‘forever’ does not actually exist. ‘Always does not exist.’ Russia wants to establish good relations with Saudi from 2018. Putin also held a meeting with Saudi head of state Mohammed bin Salman. Philip Short, a 77-year-old British journalist and professional biographer, recently wrote a biography of Putin. In his book Philip Short mentions Putin’s comment, ‘Always does not exist.’ Then Philip says about the Ukraine war, Putin thinks that this war will not last forever. Kiev will also have an understanding with Moscow. Even, the bitterness between America and Russia will decrease.

The question is, how long will the bitter friendship last? In 1848, British Prime Minister Lord Palmerston said, there is no such thing as ‘permanent friend’ or ‘permanent enemy’ in this world. Putin said the same thing after the Ukraine war in 2022. The ‘G-20’ statesmen’s conference was held in Bali, Indonesia.

In 2023, India will be the main guest of this ‘G-20’. Modi (Narendra Modi) officially received a symbolic hammer from Indonesian President Joko Widodo. All statesmen welcomed him to take up this responsibility. But this time in 2023, Modi’s responsibility is much greater. In this conference of ‘G-20’, it was seen that Russia-Ukraine war is the biggest topic of discussion. Neither country supports the war, but the North-South divide is clear over Russia’s Ukraine campaign. Moscow’s conflict with the West, even Europe, intensified. Putin himself did not come to Bali. He sent his foreign minister, Sergei Lavrov. So, the foreign minister argued for the invasion of Ukraine in a shrill voice. He said, don’t do politics about this war. The Bali Declaration states that international law must be established successfully. No one will support the threat of using nuclear weapons.

In September, Modi told Putin, This is not the era of war. India has repeatedly said that geographical and political tensions should be reduced. The trend of economic growth and decline should be stopped. Food and energy price hikes must be curbed. The evil effects of the epidemic must be removed. We are not at war. Tell me what you will do by fighting?

Modi will hold 200 state-by-state events in 2023 centered on the ‘G-20’ summit. In the meantime, Congress leaders like Jairam Ramesh have said that before the polls, the ‘event manager’ has planned to highlight the immense glory of a strong India by celebrating the ‘G20’ festival across the country. I think there should be celebrations within the country, but more than that, Narendra Modi has a lot more responsibility on his shoulders to help find a peaceful solution to the end of this nine-month-long war.

The war has been going on for nine months. Russia withdraws troops from Kherson. Ukrainian President Volodymyr Zelenskyi has declared the recapture of the area “the beginning of the end of the war”. The ultimate success of the pro-NATO Ukrainian forces has not yet come. Russia continues its bombing war on the seashore, in cyberspace, in the air and on various target institutions.

With China on Russia’s side, the United Nations Security Council is also effectively ‘squatted’. Generally, the internal economy of the country, the main problems related to politics and the opinion of the people of the country about them affect the foreign policy. So when Modi put the message of ‘One Earth-One Family-One Future’ at the G-20, it became particularly significant. It is rooted in India’s pluralist Sanatan philosophy, although there are accusations that Modi has neglected this ultimate inclusiveness in the country.

Philip Short, in his biography of Putin, says that in Russia, however, the war had a nationalistic effect within the country. Stalin, Khrushchev, Brezhnev all did that. America, China, Russia, the relationship of the ‘Big Three’ is so important to Russia. Nixon’s visit to China in ’71 is now past. Putin believes that China is now a rising power. America is weaker than ever. Now it is possible to gradually understand Russia with America.

The meeting between US President Joe Biden and Chinese President Xi Jinping is particularly significant in this dust storm. Why did Modi shake hands with Xi Jinping at the G-20? Modi at ‘G-20’ conference. He is also the owner of the ‘Shanghai Cooperation Organization’ (SCO). It remains to be seen whether China will come directly to India for the G-20 and SCO, or send a foreign minister or attend the conference via virtual screen. As the ‘host’ of the conference, Modi’s duty is to show respect to every guest, so that a fair atmosphere of discussion is created. Xi Jinping and Biden meet, but mutual conflict remains. India is a member of the Quad Group. Seeing this meeting, we also have to understand that no matter how much conflict there is, it is a mutual ‘engagement’. It is important to keep the discussion environment alive. Quadrilateral security is discussed between Australia, India, Japan and America. This group is a headache for China.

Look, the Biden-Jinping meeting is still happening. India also has to move in this direction. Modi is maintaining good relations with America despite not being a member of NATO. Taking an anti-war stance despite maintaining relations with Putin. He played the role of a mediator in the war with good relations with Europe-Israel. Again, from Saudi to Iran, Turkey is maintaining good relations with everyone. This is called ‘India first’ foreign policy. Protecting India’s sovereign interests is the first task. I think this is the ancient non-aligned foreign policy, which we used to call Nehru’s ‘NAM’ (Non-Aligned Movement). But this term is abandoned because, despite Nehru’s talk of non-alignment, India actually became a safety valve for the Soviet powers in the Cold War. There was this imbalance in foreign policy during the Indira era as well.

Taylor C. Sherman, Professor of International History at the London School of Economics and Political Science, said in his recently published book, Nehru’s India: A History in Seven Myths, that Nehru’s non-aligned policy was not actually non-aligned in the long Cold War period. So practically this policy fails. According to him, if Indian foreign policy is a six-yard sari, then its anchal and border lace work is ‘Nam’. The rest of the cloth was different. Modi’s immediate task at the ‘G20’ summit is to help resolve the Ukraine war by being truly non-aligned.