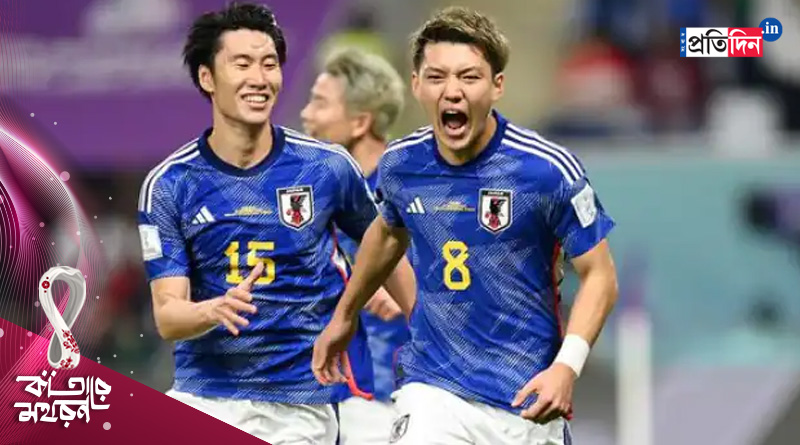 Manoranjan Bhattacharya: I am really proud today. I feel blessed to be an Asian citizen. So far, we have seen the dominance of Europe and Latin America when it comes to world football. He may not be an exception this time. However, Asian countries are showing, “We are not small anymore, we are not small anymore”. Six Asian countries are playing the World Cup (Qatar World Cup) this time. Qatar got the opportunity to play because of the responsibility of the organization. So not much interest in Qatar. But I have seen the games of the remaining five countries. Among them, two countries won. Both countries lost. Today South Korea drew with Uruguay. That means three countries remained unbeaten in the first match in Qatar World Cup. What greater debt could there be?

Saudi lost Argentina (Argentina vs Saudi Arabia). Japan won against Germany (Germany vs Japan). I wouldn’t be surprised if Korea also won on Thursday. I think Uruguay’s two shots hit the post. Again, the Koreans did not take advantage of an easy opportunity. These facts show that Asians are no longer afraid of any group in the world. It has created a mentality to fight with open arms. Those who claim to win the World Cup have understood that Asian countries cannot be easily defeated. Until now, they would have made their way to the next round by defeating Asian or African countries. That is no longer the case. Many people may be saying that it is not happening today. But in the next or the next two World Cups, you will see that the Asian countries will steal the sleep of the European or Latin American teams.

Many may say that Asian countries have benefited from playing in Qatar. Then look at the last World Cup in Russia. Japan’s group included Colombia, Poland and Cameroon. I thought Japan would be the bottom team in the group league. But what did I see? Japan defeated Colombia in the first match. Then won against Cameroon. Only loss was to Poland. Korea lost to Germany last time. These results show that these teams are getting benefits because they are playing in Qatar.

Naturally, the question will arise, why can’t India? Once we were in the race to beat Japan, Korea. Where are they and where are we today? See football cannot be improved overnight. If you want to do something good, you have to proceed with a specific plan. I have some idea about Japanese infrastructure. The Koreans are also moving along that path. The four countries that went to Russia from Asia in the last World Cup are here. That means these countries are planning ahead. We don’t have advanced infrastructure, we don’t have proper thinking. If you plan with 7-8 year old boys from today, you will get a harvest after next ten-twelve years. So India will remain on the same whale as it is.

In fact, our level of thinking is so low that it is really unfair to expect anything better. It is not that we are very backward physically. It’s not like Koreans or Japanese look like they’re that far ahead of us. Some footballers may have good looks. But if you look at the average appearance of the team, you will understand that Indians are not far behind there. So in appearance we are not lagging behind. As an ex-footballer I can say that like a farmer living in hope, I would like to see the day when India plays the World Cup. I don’t think it will be possible in this life. Next generation says if there is anything then I will sit to see. I will be happy.