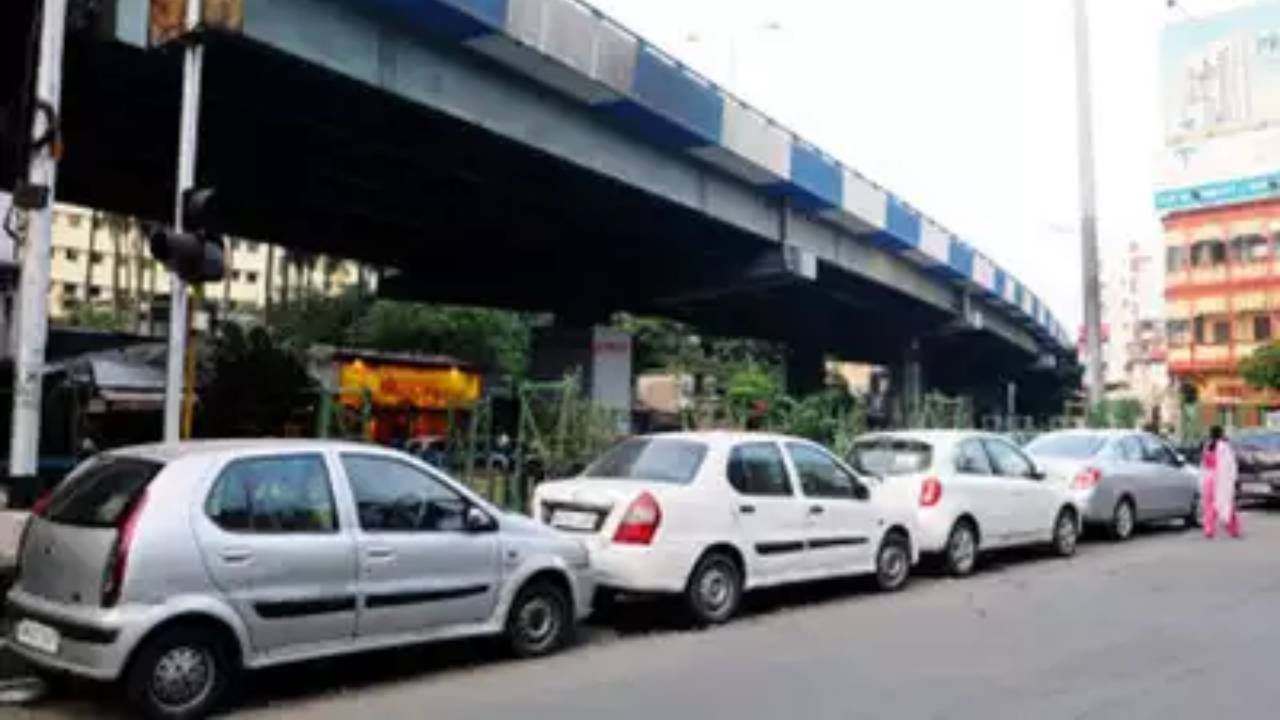 Kolkata: Municipal authorities have already decided to increase parking fees in the city. After 12 years parking fee is increasing. This is a new decision.

Kolkata: Is there anything to say empty streets in the city? Will people ever be able to walk on sidewalks or sidewalks? According to Kolkata Purnigam’s own data, around 35 to 38 percent of the city’s roads are occupied by illegal parking. Allegedly, ruling party unions have been controlling every illegal parking lot for years. Due to which the speed of vehicles in Kolkata is slow, daily commuters have to risk their lives on the road. Illegal parking is rampant in almost every corner of the city like the umbrella of a frog. In the morning of course, these illegal parking lots are occupied by lorries and minidors at night as well. Of course those who are parking the cars are paying. But, that money is not coming to the treasury of the municipality. Allegedly, that money is going to the pockets of the leaders of the ruling party. Naturally, the officials of the parking department are not relieved. Because, according to the municipal council’s decision, it is illegal to charge more than 10 taka per hour for parking, in many places in the city, instead of 10 taka, 20 taka or more is being charged in the name of parking fee.

Ushma Prakash was revealed by Mamata herself

A few months ago, Chief Minister Mamata Banerjee expressed some heat about the role of the Kolkata Municipal Corporation regarding the situation in the streets of the city. He also asked Kolkata Municipal Corporation Mayor Firhad Hakim and Kolkata Police Commissioner Vineet Goyal to take an active role in curbing the issue of hawkers and parking anywhere. Complaints of the common people, that the instructions remained only in books and pens, were understood by moving around the city from south to north or east to west. Several areas of the city face complaints of excessive parking fees. In particular, in many places including Barabazar, Poddar Court, Alipore, New Alipore, Talliganj, Park Street, Dharmatala, it is alleged that much more money is demanded than the fixed fee of the municipality. Better to say, car or bike owners are forced to pay this amount. Sometimes double, sometimes triple the sanctioned fee is charged. In this situation, the municipal authorities have decided to increase the parking fee in the city. After 12 years parking fee is increasing. This is a new decision.

Knowing everything, why is the police-administration silent?

Recently, in a special meeting in the house of Mayor Parshad Debashis Kumar of the parking department, there was a discussion about this illegal parking all over the city and the business flourishing around it. It is said that an officer of the Kolkata Traffic Police was also there. About 30-35 illegal parking lot names have been handed over to traffic police officers by the municipality. They are running in certain areas, they are specified. A section of Lalbazar complains that these parking lots are controlled by the Daput leaders of the ruling party. There is political pressure. Because of that many times the police can’t do anything. On the contrary, the officials of the municipality said that the workers involved in this illegal parking lot have financial transactions with the police. That is why illegal parking lots are open like this. Common people are the most helpless in this tug of war between the two sides. In the heart of the city, the number of accidents while moving on the road is increasing. Common people have to face accidents. But still illegal parking lots are mushrooming instead of decreasing.

Which street is going on this illegal work?

According to the sources of the parking department, this list includes the names of several important roads in the city. Like Canal East Road, Canal West Road, SN Banerjee Road, BB Ganguly Street, BT Road, Kashipur Road, Chiriamore, Rasbehari Avenue near Lake Mall, Paramhansa Dev Road, Gariahat Road, Raja Rammohan Roy Sarani, RN Mukherjee Road , several roads including Kiranshankar Road, Justice Chandra Madhav Road, Alipore Road, Chandni Chowk Street, Cooper Street, Harish Mukherjee Road, Panditiya Road, Chakraberia North, Beltala Road, Mysore Road, Dover Lane. According to an official of the parking department, cars are being parked illegally in the whole or partial areas of the respective roads. Due to which there is extreme traffic jam in that area. In the past few years, parking lots have sprouted up like frog umbrellas in various parts of the city. It is not possible to control it due to political reasons.

The issue of ‘extortion’ by several cooperatives in charge of parking lots across the city came up again and again in the meeting. But due to the lack of infrastructure, the authorities of the administration could not stop the business of collecting money by creating new unauthorized parking lots. Even though cars are supposed to be kept as parking in one line, cars are being kept in three-four lines at the same time. The traders in charge of the illegal parking lot are burning their own pockets by collecting extra money from there.

There are about 750 parking lots in Kolkata

According to the sources of the parking department, it has been ordered repeatedly to keep a close eye on where this extra money is being taken. According to the departmental officials, the amount collected would have increased if these illegal parking lots were brought under control. According to officials, the proliferation of illegal parking lots has the direct support of the ruling party’s ‘dadas’. If you want to lift it, there will be an obstacle from the upper part of the building itself. According to them, the excessive ‘enthusiasm’ of the cooperative workers has now increased their concern over illegal parking. Some of them are charging much more than the registered rates of the municipality. Currently there are around 750 parking lots in Kolkata. Where almost every day car parking is like 5 thousand.