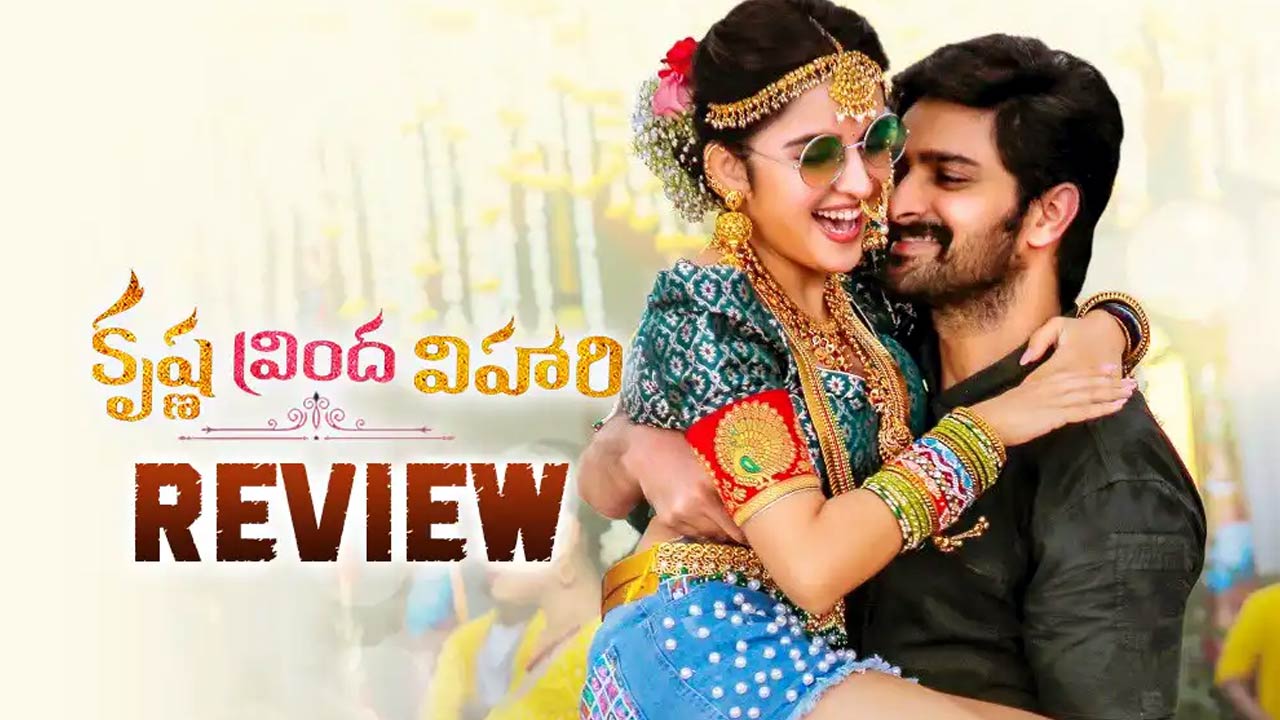 Today we have to use various techniques to take a film to the masses. So young hero Nagashaurya did a walk together to take his latest movie ‘Krishna Vrinda Vihari’ to the people. His padayatra got a good response. And what about this movie that was released on Friday!?

Krishna was a boy born in a Sat Brahmin family in Godavari district. Theirs is an orthodox family that only eats organic food. Krishna comes to Hyderabad for such a job. Stays with brother-in-law Brahmaji and joins a software company. There he falls in love with Vrinda, his team leader. She who is already in love failure likes Krishna’s behavior. But… she tells him about a problem related to the marriage and he does not object to it, so she gives the green signal for the marriage. And did Krishna tell his family about the Vrinda problem or not? Did they agree to their marriage or not? This movie is about the problems faced by Okavela if they say that it is ok!

In the recently released movie ‘Ante Sundarani’, the hero and heroine lie to their family members as if they have some faults in order to get married. The next story will be based on the dramatic developments that happen after that. The entire first half of this movie is spent with Krishna falling in love with a girl completely different from his thoughts and interests. The real story started after the interval. The drama played by Krishna to marry Vrinda, the mother thinking that her son would marry her, and at the same time the unexpected happenings between their family… the second half revolved around that.

Actually there is not much story in this movie. No unexpected twists. Taking a small point, the director made a two-hour film. It seems that the first meaning has been stretched. It doesn’t seem right for the hero to fall in love with the heroine for the sole reason that he has qualities that he doesn’t have. Similarly, in Office Made, the hero’s love affair by mistake seemed to increase the length of the movie. Along with the hero’s friends in the first half, Brahmaji’s cultivated comedy provides some relief. And in the second half, the story continues with twists and turns where the hero is unable to convince his wife and mother. It is cinematic that the hero solves the most difficult and crucial problem with a single dialogue, and his mother, who rules the village, suddenly becomes enlightened. There are fights for the sake of fights. But in the second half, the scenes based on ‘Vennela’ Kishore are fun and good.

When it comes to the actors… Nagashaurya’s performance showed maturity. Big Con played this conflicted character with ease. He acted well in the scenes where he convinces his wife and his mother. New girl Shirley Setia is not only beautiful but also gives an impressive performance. She played the role of a northern girl so she managed well with her own dubbing. Radhika and Jayaprakash played the roles of the hero’s parents. Although Radhika looks good as a Brahmin woman… her voice is not set. Dubbing should be done with someone else. Satya and Rahul Ramakrishna as the hero’s friends; Sharanya and Brahmaji as elder sisters; ‘Vennela’ Kishore as the doctor is well set. Annapurnamma played the role of Nayanamma and Himaja played the heroine’s friend. Another crucial role was played by Amitash Pradhan of ‘Bruce Lee’ fame. The words written by director Anish Krishna are good. Music director Mahathi Swara Sagar composed the songs in the second half of the song which conveys the difficulties of the hero. He elevated the scenes with background music. Cinematography by Saisreeram is superb. As producers, Usha Mulpuri and Shankar Prasad Mulpuri do not compromise anywhere on the screen. As long as you sit in the theater and watch the movie, it is good.