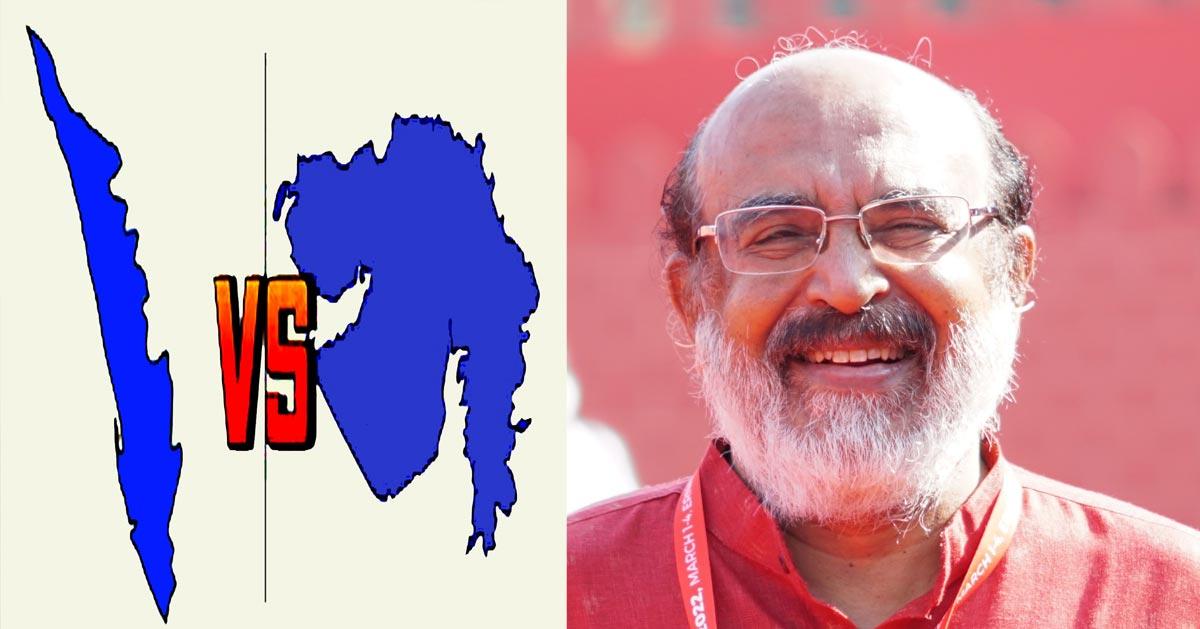 
leading in per capita income, but ordinary people get nothing; Thomas Isaac with Kerala-Gujarat comparison

According to the latest statistics of RBI, per capita income of Gujarat is higher than Kerala and Kerala is with Gujarat in terms of economic growth, he said in a post shared on Facebook.

After income, the quality of life of the people is affected by the services and assistance received from the government. Kerala ranks first in each of them. He clarified that this is the difference between the Kerala development model and the Gujarat model.

Gujarat is far ahead in industrialization. Unemployment is less than Kerala. Thomas Isaac added that the Navakerala project is trying to overcome both of these.

Meanwhile, according to RBI’s latest statistics, Kerala is leading in terms of daily wages of workers in FY2022.

The average daily wage of construction workers in Kerala is more than three times that of the lowest-paid states of Tripurai and Madhya Pradesh.

The daily wage is Rs 250 in Tripura, Rs 267 in Madhya Pradesh, Rs 296 in Gujarat and Rs 362 in Maharashtra. Compared to this, a construction worker in Kerala earned an average of Rs 837.3 per day as daily wages, Central Bank data shows.

Jammu and Kashmir has the highest daily wages after Kerala. The average daily income in Jammu and Kashmir is Rs 519. Tamil Nadu is another state with high daily wages. The daily wage here is up to Rs.478. In Himachal Pradesh, workers will get Rs 462, Haryana Rs 420 and Andhra Pradesh Rs 409.

In Kerala, the common man gets a higher share of the income generated in the country. In 2021-22, the retail price increase in Gujarat is 4.9 percent, while that in Kerala is only 4 percent.

After income, the quality of life of the people is affected by the services and assistance received from the government. The sum of these and other factors can be found in various development and welfare indices. Check Gujarat’s rank among 30 states/UTs.

Kerala ranks first in each of these. All the figures no one should doubt are NITI Aayog’s. This is the difference between Kerala development model and Gujarat model.

But Gujarat has an edge. Far ahead of us in industrialization. Unemployment is lower than ours. The Navakerala project is trying to overcome both of these.

Content Highlight: TM Thomas Isaac Comparison of Kerala and Gujarat on the basis of new statistics on Indian states released by the RBI