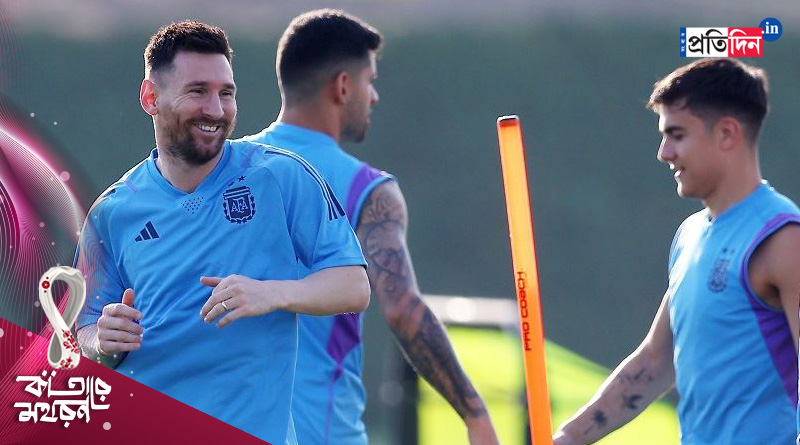 George Buruchaga: I was quite surprised when I reached Qatar (Qatar World Cup 2022). How many things have changed! All the new stadiums, all the luxury hotels. Vehicle systems are also more advanced than before. I came to Qatar once in 2011. After that come back in 2015. And the evolution that I am seeing in Qatar this time, I understand why the World Cup has been given to them.

Basically, Qatar got the responsibility of hosting the World Cup because of its developed economy. The country of Qatar has completely changed as it hosts the World Cup football. I see a lot of positive energy around him. Doha city has changed so much. At first I thought that Doha might not change much. I see now, I was wrong. Unless you come to Qatar, you will not understand how much has changed in this country. Hopefully, everyone here will enjoy the World Cup football to the fullest.

In my opinion, Brazil and France along with Argentina have entered Qatar as one of the favorites for the tournament. But beyond that there are many teams who will die to become champions. So Qatar World Cup will not be easy for any team. Whether the opposition is easy or difficult – the first two matches of the World Cup are crucial for every team. Teams can see where their strengths and weaknesses are. How is the field, how is the environment, it is convenient to have an idea in advance, as well as confidence. My advice is – play the group phase with everyone watching and listening. Get through the group stage. After that, get more confident from the second round.

Do you know what is the biggest plus point of Lionel Scaloni’s Argentina? Strong reserve bench. The team is already good, there is a lot of talent in the team. And the most important thing, Lionel Messi’s Argentina has come to play the World Cup without losing a single match. Scaloni has known the team for a long time, has been coaching for a long time. But he has to be wary of unfortunate losses. It may be that, the team made a mistake at the last minute after playing the whole match with intensity. As far as the idea goes, everyone in the Argentina team played European club football and came to the World Cup. It will help the team. Lionel Messi has also been playing in the French league, so he’s in the game. Apart from that, Leo knows how strict the World Cup referees are, knows how tough the opposition is. So Leo can handle everything with his vast experience.

The 86 World Cup was quite difficult for me and my former teammates. We went to Mexico with great pressure. But the ’90 World Cup was much more emotional for us than the ’86 World Cup. We arrived at the World Cup in shambles, plagued by injuries. But even after that we reached the final, where we lost unfairly. If all the players we were carded in that World Cup semi-final had been in the final, the result could have been different. From that point of view, Messi is coming to the World Cup after winning the Copa America. And there are not many injuries in the team.
I will tell Leo only one thing.