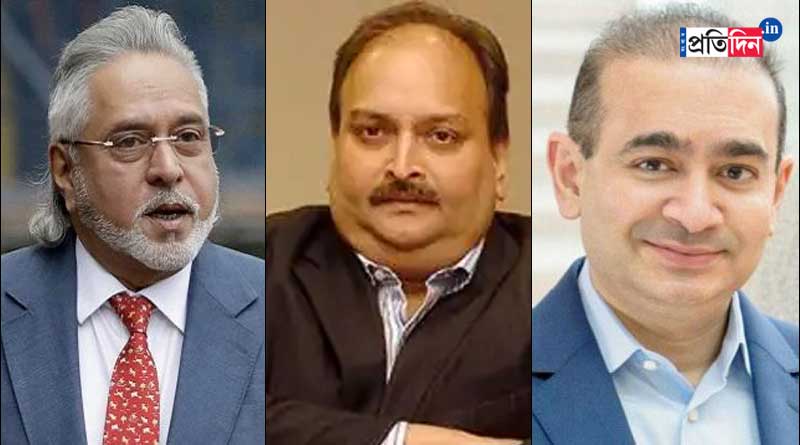 News Daily Digital Desk: Movies cannot be made about runaway billionaires. It spoils their image! Mehul Choksi sent a legal notice to Karthik, the director of the film ‘File Number 323’, making similar allegations! The entire team is shocked by the whole incident. But Mehul has sent a notice not only to the director, but also to the producer of this film, Parth Raval. However, producer Parth did not remain silent on Mehul’s complaint. In reply, he said, ‘You have made your name bad. Now you want us to answer?’ On the other hand, another producer of this film, Kalol Das, told the media, ‘Mehul Choksi sent a notice telling us that we are defaming his name, but he has defamed himself. But we are not making a biopic on Mehul Choksi or Vijay Mallya or Nirav Modi.’

Incidentally, a few days ago it was reported that Southern director K Karthik is going to make a film with Vijay Mallya, Mehul Choksi, Nirav Modi. Image File Name ‘No 323’. Earlier it was heard that Anurag Kashyap will be seen in the role of Vijay Mallya in this film. And now the news, Sunil Shetty will be seen in the role of Nirav Modi in the film ‘File Number 323’. However, this news is still flying in the buzz of Bollywood. Director Karthik is reluctant to say anything about this right now. It is heard again that Sunil may be seen in the role of Mehul Choksi. But nothing has been finalized so far. According to sources, the film will be shot in London apart from Mumbai.

The administration of Dominica Republic withdrew the trespassing case against the debtor Mehul Choksi. As a result of which on the one hand the process of returning him to the country has become more complicated, on the other hand the allegations of Choksi’s abduction have been accepted, according to informed sources. According to sources, the administration of Dominica may start an investigation into who is involved in the kidnapping incident.

Dominica’s public prosecutor Sherpa Delripel announced the withdrawal of the case in the Magistrate’s Court of Dominica. According to the source, the investigation of the Antigua Royal Police found the truth of Choksi’s allegations. That is, not trespassing, the investigation revealed that the debtor businessman was kidnapped and brought to Dominica. It is to be noted that based on Choksi’s lawyer, the Royal Police of Antigua started the investigation by filing a complaint of kidnapping.

Advocate Vijay Aggarwal is happy that the case has been withdrawn. In his words, three things are never suppressed – the sun, the moon and the truth. Those who said abduction, injuries are all drama-legal strategy, now it’s their turn to shut up.” According to sources, Choksi told the police that 5 people kidnapped him. Now the Royal Police may approach Interpol to find them.

It should be noted that Mehul Choksi has been living in the Caribbean islands of Antigua since 2018 after the PNB scam. He suddenly disappeared from Antigua in May last year. He was later found in Dominica. Meanwhile, the government of Dominica arrested a diamond trader for illegal entry. It is alleged that Choksi was being severely tortured in the jail there. The debtor businessman alleged that he did not voluntarily enter Dominica from Antigua. Instead, he was kidnapped.