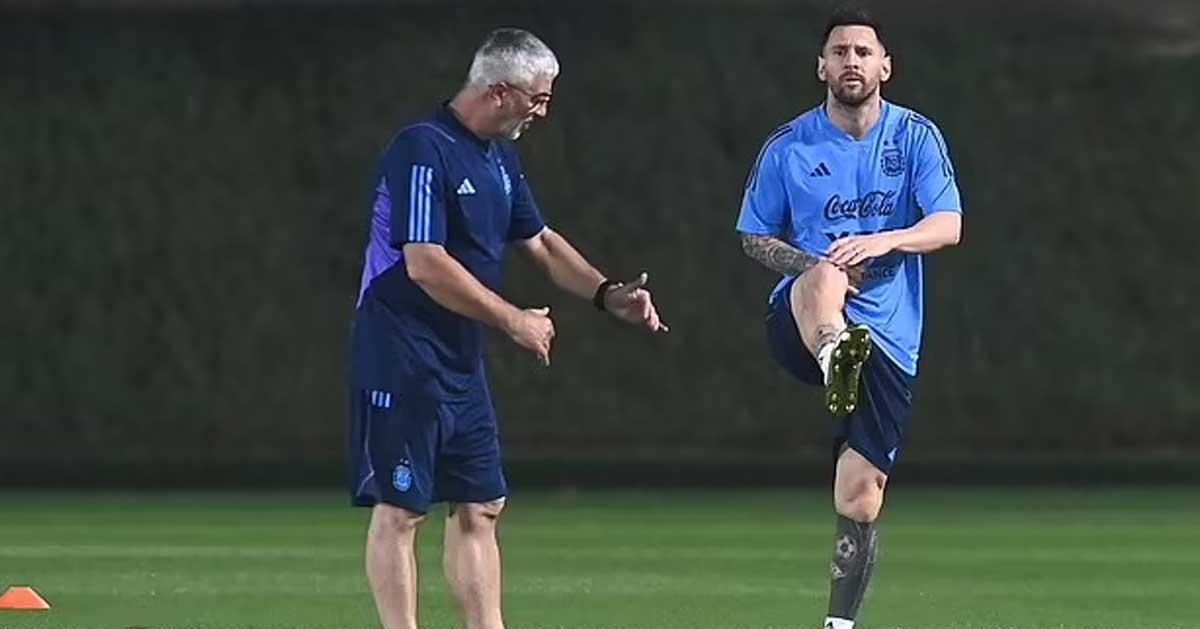 Messi’s fitness problem; Not to worry, the star is reportedly set to feature in the crucial match

The fans were not expecting such a start from Argentina, who came to the World Cup in Qatar with an unbeaten run of three years.

The young team, Saudi Arabia, brought out their defending skills, but the Argentine team could not advance.

Argentina captain Lionel Messi could not live up to his true potential in the first match of the World Cup.

According to reports, the player’s poor form was caused by an injury while playing league matches for PSG. After the injury, the player came to play the World Cup with the national club without taking complete rest.

Before the World Cup, Messi played in the warm-up match against the UAE, but he was not able to train with his teammates in Qatar. Then there were rumors that the actor was resting due to injury.

But now there are reports that the star has fitness issues and some muscle related discomfort is bothering him. The report was released by Argentinian journalist Gasteron Edul.

At the same time, reports say that Messi is continuing to train with his teammates even though he is suffering from physical ailments. Team Argentina is preparing for the next match against Mexico.

Argentina must win this match. So coach Lionel Scaloni is reportedly planning to make changes from the first match.

() The tactic will be changed to 4-3-3. At least one from Molina and Tagliafico will not start. Lisandro is with chances to start and candidates to replace Papu are Enzo & Mac Allister. Attack of Messi-Lautaro-Di Maria are expected to stay the same. @gastonedul pic.twitter.com/eA8PVjHDsA

The presence of Lionel Messi is very important for Argentina. Things will be easier for Argentina if Messi returns to his best form at this stage.

Without Messi, Argentina is injured. The fans are hoping that Argentina will be able to put out a good performance against Mexico by solving all that.