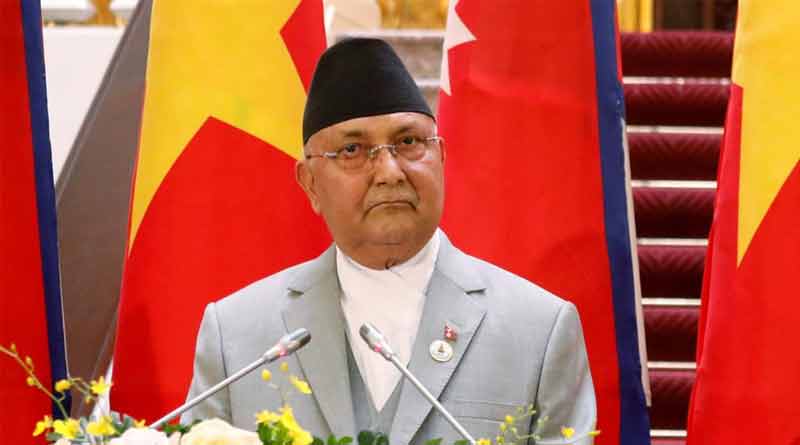 Shankar Bhattacharya, Kathmandu: On that day, the election campaign was intense. Famous Bollywood actress Manisha Koirala suddenly campaigned in Kathmandu’s Basantpur area and demanded the return of the monarchy. No, he did not stand for the vote this time. But how much it is necessary to bring the monarchy back to Nepal, he is explaining by turns. But Manisha’s grandfather BP Koirala once protested for the end of the monarchy. He is the first democratically elected Prime Minister of Nepal. After only 18 months in power, the then King Mahendra dismissed him and sent him to jail.

Why is BP Koirala’s granddaughter promoting the return of the monarchy? Why are you talking so much for the Rashtriya Republika Party? Another surprise in Nepalese politics, the Communist Party of Nepal (Marxist-Leninist) has come down to restore the monarchy. This position of the largest party of communists in the hilly country is naturally surprising to the leftists of Bengal.

After visiting the Terai and the mountains of Nepal in the last few days, it seemed that the people of this small country wanted change. Corruption, skyrocketing inflation, unemployment and uncertainty have gripped large sections of the population. There are four international lines at the airport. Migrant workers flock to Arab countries. The rest are moving to India hoping for small jobs. The end of the monarchy, the coming to power of the Maoists, the promise of the Communist Party, nothing showed ‘Achche Din’. On top of this is the strong anti-India stance of political parties. Everything bad is for India. As a result, on the one hand, the tendency towards independent parties is increasing, on the other hand, the desire to bring back the monarchy. Everything will be fine when Rajamshai returns. This trend is especially high among hilly upper caste people.

Nepal is practically divided into three parts. One, the Madheshi or plain people. They are about 51 percent of the population. These include Bhojpuri, Maithili, Awadhi, Rajvanshi and a handful of Bengalis. In the second part are the people. Whom we see more in Darjeeling, Kalimping, Kashiang. Magar, Gurung, Thapa and others. And the third and main force is the hilly upper caste people of Nepal. Brahmins, Kshatriyas and Vaishyas. ‘Baun-Chhetri’ Raj hails from the Kathmandu Valley. This part is the main strength of Nepalese politics. Democracy has been established in Nepal after the end of the monarchy. The country is divided into seven provinces. Conservatives don’t like that federal structure. In this situation, however, there is a tendency to bring back the monarchy.

Q. Why is former Prime Minister KP Sharma Oli’s party in favor of this? For that you have to go back. The Communist Party of Nepal was founded in 1949 in Calcutta. The founder was Pushpalal Shrestha or PL. He joined hands with the Nepali Congress and called for the end of the monarchy. Keshar Jang Rayamazhi came to the power of the party by removing him. He was the son of Bhuswamy family. Doctor by profession. His line was to oppose India hand in hand with the king. He received his political education from CPI leader Ratanlal Brahmin of Darjeeling. On that line is the anti-India, pro-monarchy Oli and his party.

China’s dominance in Nepal has increased in the last few years. Every time you turn on the TV or street hoardings, advertisements of Shivam Cement or various construction industries are everywhere. All are China’s investment. The monarchy in Nepal was leaning towards China since the time of King Mahendra. According to a section of the political circles, Beijing’s goal is to restore the monarchy and return the pro-Chinese communists to power. And for that purpose, this position of the king-left-trader-high caste section. Meanwhile, there is a strong possibility of a three-cornered parliament in the recently held elections.