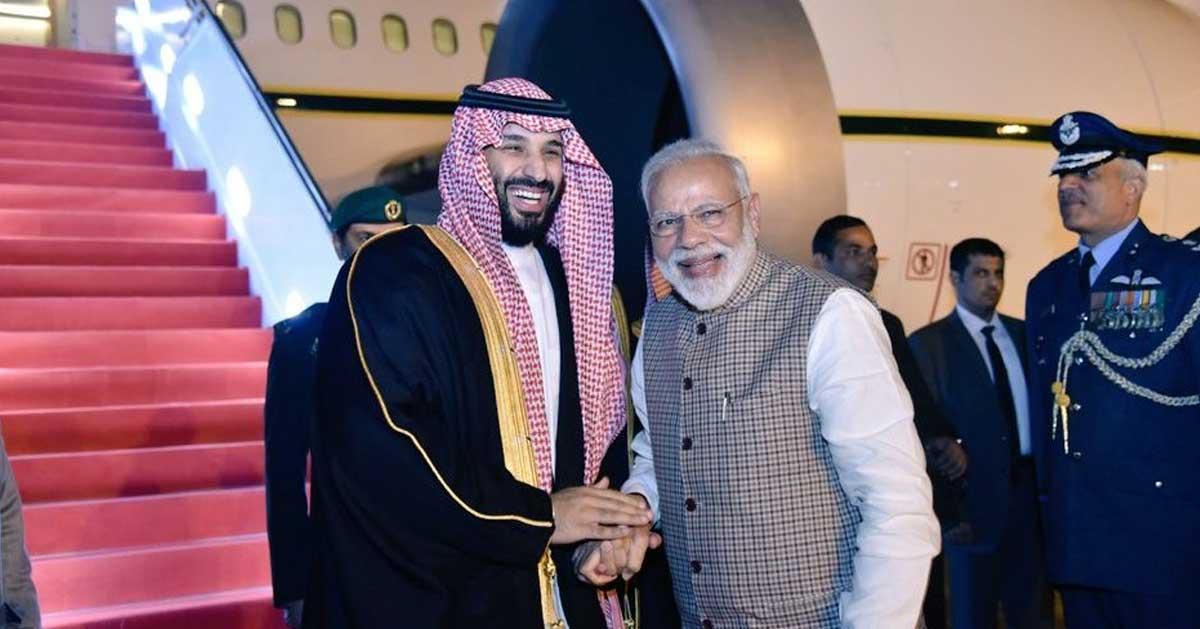 
‘Not only MBS got it but also Modi’; Modi among those ‘saved’ from US law

US State Department Principal Deputy Spokesperson Vedant Patel was responding to a question about the immunity of the Saudi crown prince from Khashoggi’s murder case.

“This is not the first time America has done something like this. It is the result of consistent effort over a long period of time. Such legal immunity has been applied to several heads of state before this.

To name a few examples, Jean-Bertrand Aristide, the president of Haiti in 1993, Robert Mugabe, the president of Zimbabwe in 2001, Indian Prime Minister Narendra Modi in 2014, and Congolese President Joseph Kabila in 2018 have received similar immunity.

“This is a practice that we regularly provide to heads of state, senior government officials and foreign ministers,” said Vedant Patel.

The State Department’s response came shortly after President Joe Biden made a statement that MBS should be given legal protection as Saudi Prime Minister from the ongoing case in the US over Khashoggi’s death.

After becoming Prime Minister, MBS was protected from legal proceedings and from arrest during foreign trips.

At the same time, Modi’s name was also included in the visa ban list of the US in 2005 after Modi was accused in the 2002 riots case. Modi was later removed from the list after becoming the Prime Minister in 2014.

But later in 2012, a special investigation team gave a clean chit to Modi in the case of conspiracy for the Gujarat riots. Modi was the Chief Minister of Gujarat from 2001 to 2014.

At the end of September, MBS, the son of King Salman, was appointed as the prime minister of Saudi Arabia. Mohammed bin Salman was the country’s deputy prime minister and defense minister.

But there were reports that MBS was appointed as the prime minister while he was still the crown prince to get legal protection from the murder case of Saudi journalist Jamal Khashoggi.

Media including Middle East Eye and Guardian reported that there would be no particular change in MBS’s duties and internal governance equations if he was appointed as Prime Minister, but the position of Prime Minister would give MBS immunity from legal proceedings in the Khashoggi murder case.

The report also stated that this move by the Saudi government is to legally exempt MBS from the case related to the murder of Jamal Khashoggi.

Hatis Cengiz, Khashoggi’s fiancee, is currently suing the US.

The US court, where the case is pending, has directed the Joe Biden government to comment on whether MBS should be granted legal immunity in the Khashoggi murder case.

It was suggested to reply to this last July. But as the reply was delayed, the district court judge extended it to October.

Usually the leaders of a country like Prime Minister, President or King get legal protection in such situations. Some estimates were that this is why MBS was appointed as Prime Minister so hastily.

In 2017, MBS was announced as the crown prince of Saudi Arabia. He had earlier been entrusted with official duties after King Salman’s health deteriorated.

Jamal Khashoggi was a Washington Post journalist who regularly wrote articles criticizing the Saudi regime, human rights violations under the regime of Mohammed bin Salman, and interventions in Yemen. Khashoggi lived in the US.

Khashoggi was assassinated in October 2018 at the Saudi consulate in Istanbul, Turkey. His body is yet to be found.

However, reports including those of the US intelligence agencies had come out that Khashoggi was killed by people appointed by Muhammad bin Salman and MBS himself ordered this operation.

But the Saudi government and MBS denied all the allegations. Its cases are currently ongoing. Khashoggi’s assassination also strained Saudi-Turkey and Saudi-US relations.