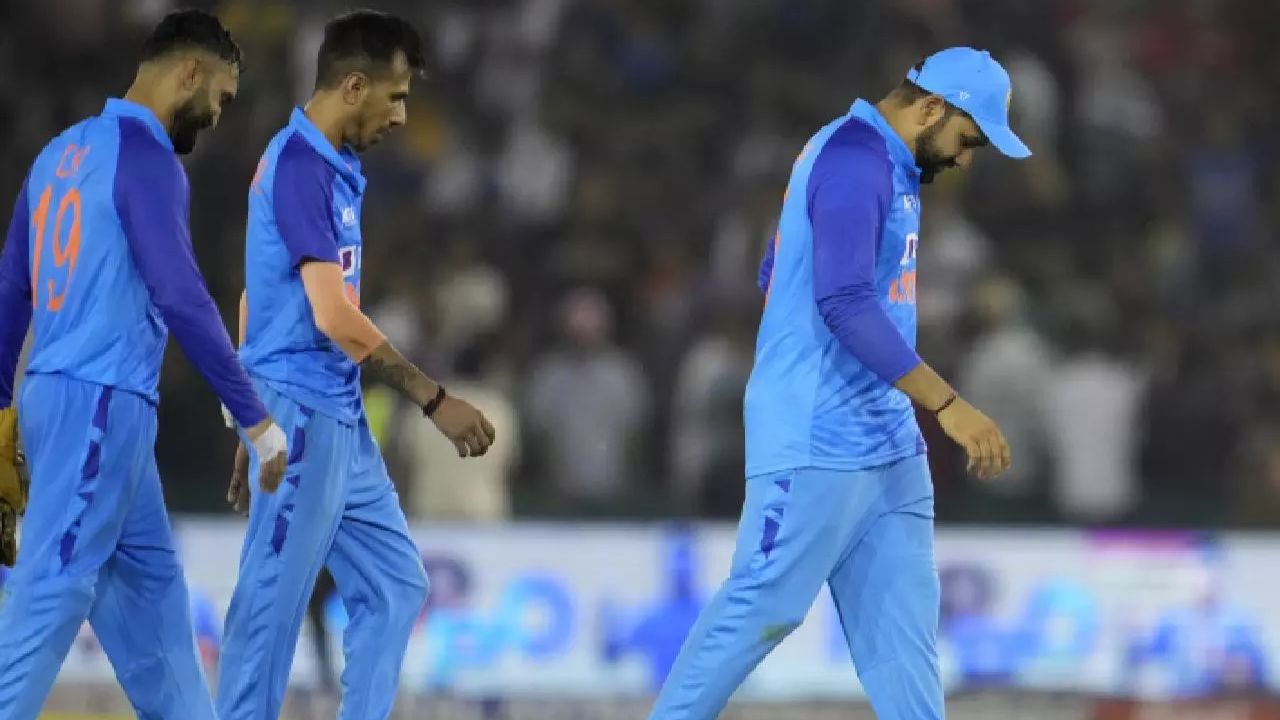 Testing themselves against the best batsmen and bowlers was thought to be in Team India’s favor ahead of the T20 World Cup. But making the same mistakes, they lost badly in the first T20 against Australia. Rohit’s team lost due to mistakes in selections, experiments in combinations, poor fielding and generous runs in death overs. Australia on the other hand started the series successfully. This win may have served as a cure for the disappointment of the 2022 Asia Cup. On the other hand, Men in Blue struggled with the same poor form in the opening match of the series. However, there is very little time left to address these chronic issues. But, with five matches left in the T20 World Cup, there are only a few days left to right the wrongs of the 4-wicket defeat in the first T20I.

Indian bowlers are suffering from ‘death overs syndrome’. Couldn’t defend 54 runs in last 4 overs in Mohali. The Men in Blue failed to stem the flow of runs when it mattered most. This resulted in another defeat. In the last three matches, including the Mohali loss, India failed to defend 54, 42 and 41 runs in the last 4 overs. Bhuvneshwar Kumar has proved to be one of the most reliable bowlers in the death overs for India over the years. However, he has now become weak.

Although the Uttar Pradesh pacer has played brilliantly with the new ball, his 2022 figures in the latter stages of the innings are alarming. In 13 T20I innings this year, Bhuvneshwar has bowled 90 balls (15 overs) and conceded 161 runs at an economy rate of 10.73. He took 10 wickets but failed in most of the matches. While Bhuvneshwar (4-0-52-0) on the one hand has become poor, on the other hand Harshal Patel is also going in the same direction. The player, who made a comeback from injury, looked out of sorts from the very first ball. Patel’s figures (4-0-49-0) were better than his bowling partner. But, the show is poorly made, just like Bhuvi.

Akshar Patel, KL Rahul and Harshal Patel are also causing concern. He became the first Aussie player to give a lifeline to Cameron Green who started the innings for the first time. Batting in beast mode with 42 runs, Green, Hardik Pandya’s pull shot at deep mid-wicket, Akshar Patel missed a brilliant chance. After life, Green scored a half-century and played a crucial innings with 61 off 30 balls to give India the upper hand.

In the very next over, when Steve Smith was batting on 19, KL Rahul missed another easy chance when Akshar Patel was bowled in relief at long off. Smith added 16 more runs to his score and was dismissed for 35 runs.

Matthew Wade and Tim David played with 22 runs in the 18th over. In the 19th over, India failed to capitalize on another brilliant opportunity to close out the game as Bhuvneshwar Kumar hit three consecutive boundaries to break the tie. Wade, who was dropped on 23 runs, remained unbeaten on 45 runs off 21 balls. In all, the three batsmen added 55 runs after the Indian fielders provided lifelines. Every single run counts in every game. Giving away 50+ extra runs is an unforgivable offence. But, this has created a huge gap between India and Australia.

After a poor death bowling performance in the 2022 Asia Cup, India lost the skill of Jasprit Bumrah. The star Indian pacer is expected to join the squad as soon as he regains full fitness. The fans’ wish came true as the Mumbai Indians pacer was selected by the selectors for the series against Australia and South Africa. But, strangely, the fast bowler was left out of the Team India playing XI for the first T20I. Harshal Patel and Umesh Yadav have been selected instead of Bumrah.

The feud between Rishabh Pant and Dinesh Karthik continues. The veteran wicket keeper got his chance in the opening match. But he did not perform well in the finishing role assigned by the team management. Karthik, who came into bat in the 16th over after the fall of Akshar Patel’s wicket, managed just 5 runs off 6 balls before being dismissed on the first ball of the 19th over. Sending Akshar Patel ahead of him was also a strange move.


Ahead of the T20 World Cup, there are many questions surrounding the Indian team that need to be answered. Picking the right team, bowling at the right lengths, correcting the fielding mistakes in the next game in Nagpur. Otherwise, the former say that defeat is inevitable here as well.