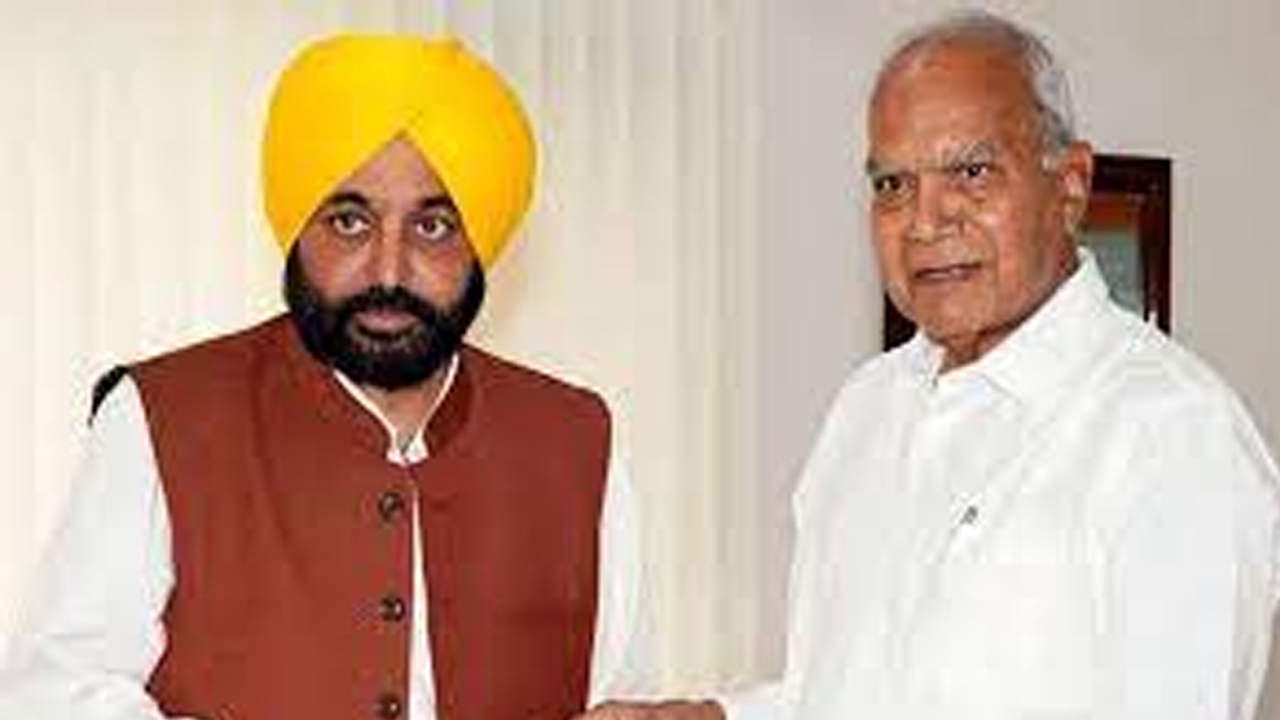 Punjab politics are stirring. Even though the Aam Aadmi Party has sufficient numbers, the BJP is afraid. The ruling Aam Aadmi Party has 92 legislators out of total 117 seats in the Punjab Legislative Assembly, Congress has 18 and Shiromani Akali Dal has three.

Punjab: Punjab politics is stirring. Even though the Aam Aadmi Party has sufficient numbers, the BJP is afraid. The ruling Aam Aadmi Party has 92 legislators out of total 117 seats in Punjab Legislative Assembly, Congress has 18 legislators and Shiromani Akali Dal has three legislators. BJP has 2 MLAs, BSP has one MLA and Swatantyra has one candidate. The strength of 59 MLAs is enough to form the government in Punjab. The Aam Aadmi Party has 33 members more than its normal strength. But to prove the strength of their government in Punjab, the Punjab Cabinet has decided to hold legislative sessions. However, the governor refused to allow the assembly to meet for a demonstration of strength. This turned the Punjab government against the governor. The Aam Aadmi Party, which is already angry with the behavior of the Governor of Delhi, the leaders of the Aam Aadmi Party are angry with the behavior of the Governor Bhanwarilal Purohit in Punjab as well. AAP MLAs protested against the Governor’s unilateral decision. They marched to Raj Bhavan and protested. An attempt to besiege the Raj Bhavan was stopped by the police. They raised slogans saying that the Governor was supporting BJP’s Operation Lotus.

CM Bhagwantman has decided to go to the Supreme Court against the Governor’s action. AAP chief Arvind Kejriwal also condemned the Governor’s action. He deplored how the Governor could reject the decision of the Cabinet. Earlier, the Punjab government had accused the BJP of trying to topple the Aam Aadmi government. It is alleged that AAP MLAs were promised Rs.20 to Rs.25 crore each as part of Operation Lotus. It is clear that the evidence will be revealed at the right time. It is against this background that the Governor has sought permission to hold special meetings of the government. The Punjab government is questioning what is the point of changing the decision of the governor who had given permission earlier within two days. The AAP leaders are alleging that they have refused to attend the meetings as a witness of the assembly to expose BJP’s conspiracies.

On the other hand, in the past even in the Delhi Legislative Assembly, BJP proved its strength by alleging that it tempts its members despite having the required majority. Now even in Punjab, even if there are no emergency situations, it is being spread that the BJP is afraid of the Aam Aadmi Party as it has decided to prove its majority. It seems that the Punjab government is thinking that if it proves its strength, it can run the government peacefully for another 6 months. However, there are criticisms that Arvind Kejriwal is doing this according to a plan to divert political attention towards the Aam Aadmi Party.