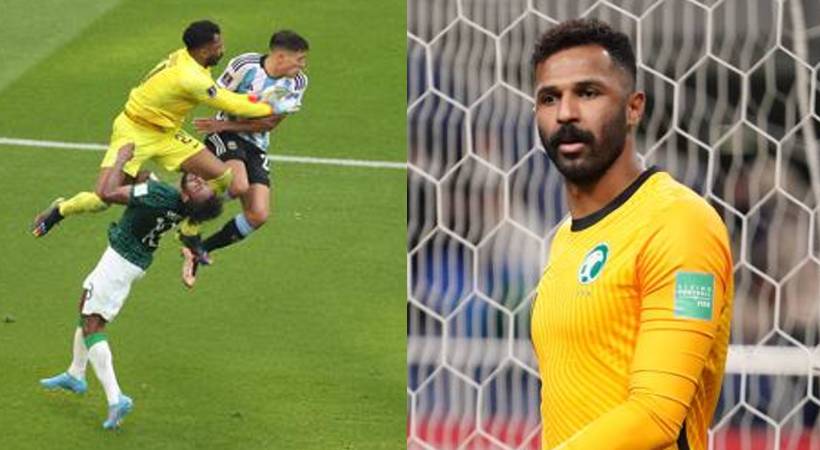 Argentina’s hopes were dashed in the 63rd minute when Owais saved Martinez’s shot with an impossible dive. In the 68th minute, Owais was again the end of Argentina’s progress by deflecting the corner. Owaiz himself was the star of the game with crucial saves.

Meanwhile, Lionel Messi reacted to Qatar’s loss to Saudi Arabia in the Football World Cup. Lionel Messi said that the defeat against Saudi was unexpected. Argentina will make up for their mistakes and come back. He made it clear to the fans that defeat is always bitter and that he will learn from his mistakes and come back stronger in the next game. Argentina’s undefeated streak of 36 matches against Saudi Arabia did not shock the fans.

With this match, Messi set the record of being the Argentine player who scored consecutive goals in four World Cups. But all that was drowned in the defeat by Saudi Arabia, a relatively small team in world football. This is the first time since 2009 that Argentina have lost a match despite Messi scoring.

Messi’s Argentina were literally shocked by Saudi Arabia at the Lucille Stadium. Saudi Arabia overthrew Argentina by two goals to one in the World Cup Group C match. Saleh Al-Shehri and Salem Al-Dawsari scored for Saudi while Messi also scored a penalty in the first half.

Those in the know will say that no matter how small the opponent is, don’t underestimate it. That’s what happened to Messi’s Argentina at the Lucille Stadium. How many goals will be scored in victory hand? How much is the Messiah’s contribution to that? But those who waited to know only this underestimated Saudi Arabia.

Messi opened his 2022 World Cup by scoring a penalty in the 10th minute of the game. The moment when the fans got excited. The referee awarded a penalty in favor of Argentina because Al Bulayahi fouled Paredes inside the box. In the first half of the match against Saudi Arabia, Argentina found the net four times in total. But with the offside trap, only one goal was allowed.

In the 22nd minute, Messi hit the net again, but the referee called it offside. Lautaro Martinez also found the target in the 28th minute, but this time he was offside. In the 34th minute, Argentina once again brought the ball to the Saudi net, but this was repeated. The first half ended with Messi’s one-goal lead. The game changed in the second half. Saudi’s equalizing goal has arrived. In the 48th minute, Salih Alshehri headed the ball from Emiliano Martinez into the net.

Second goal in the 53rd minute. A sharp shot by Salem Al Dawsari while watching Argentina’s defence. After taking the lead, Saudi defense was strengthened. Argentina were locked down, not allowing space to move to the right. Messi wasted the opportunity to fall in between. Yellow cards appeared as the match heated up. Argentina’s efforts to equalize continued despite eight minutes of added time. But could not find the goal.