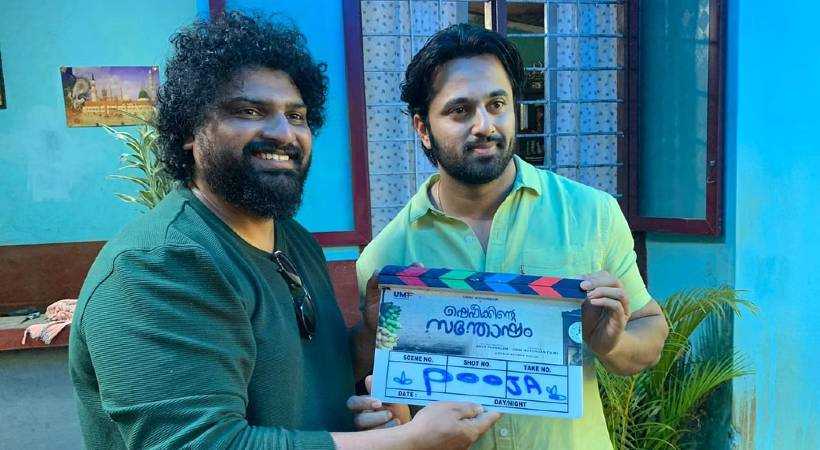 Shafiq’s Joy is a realistic family entertainer directed by debutant Anoop Pandalam. The film tells the story of a young man named ‘Shefiq’ who is an expatriate from an ordinary family in a small village called ‘Paramhot’. Produced by actor Unni Mukundan, the film in which he plays the lead is hitting the theaters on Friday. Shefiq’s Joy also has the distinction of being Unni Mukundan’s second production venture. Relevant parts of the exclusive interview granted to the director of the film, Anoop Pandalam, to Twentyfour.

In the teaser of the movie, Sunnath is talking about the wedding. Bala’s character asks if Sunnat is a craft. It is an important celebration and ceremony of the Muslim community in the old days. With the introduction of circumcision in hospitals, those who traditionally did that profession are out of work today. Are you trying to tell this thing through the movie?

The father of the character played by Bala in the film is a man who came to Kerala from Tamil Nadu to perform Sunnah. That is his profession. The man’s unemployment is a major theme of the film. Many say that Sunnah is manual labor in rural areas. In this, Bala’s character asks if this is a handiwork. Other things related to this have been interestingly tried to be told through the film.

The theme of the film is about the problems and love in the life of an expatriate who has returned home. How important is love?

Shafiq is an ordinary villager from Parakot. He is a good-hearted young man who remembers what someone has done and expresses his happiness whenever the opportunity arises. Acne is one of his main problems. It will be a film with great importance for love and family emotions. The love of a man from Parakot has been tried to be told through this film in such a way that it will stick in the minds of the audience.

Acne is a disease that everyone hides. That guy is the main character in it. Is the movie the theme of the ridicule that people with that disease experience in the public?

Acne is a disease that Shafiq doesn’t talk about even at home. He didn’t tell anyone about it except to share it with close friends. Masking this disease is also a psychological problem. It is hoped that when the film is released, the audience will think that it is a common disease like all other diseases.

Directing a movie for the first time. How far is the direction? – Was it difficult or easy to bring humor into the script?

People even know me because of the joke. I have the support of that desire. This is a movie that can be watched happily and with a little laugh. You can enjoy family emotions and love in this. Not even at a single stage of script writing is there an attempt to bring humor overboard.

If you choose the top 10 actors seen in Malayalam cinema, then Manoj K. Jayan will definitely be there. How was the experience with him?

I have seen the shooting of an old movie called Prishya during my childhood. The shoot took place at the Pandalam. The image of Manojetan walking among the fans is still indelible in my mind. I see it as a phenomenon for him to bring life to the character I wrote. He has been used well by many directors. Manoj K plays all kinds of characters. Jayan also acted as Moolakuru’s doctor in my movie.

All communities have superstitions. The Muslim community is no exception. Is this film criticizing superstitions?

This movie has not tried to break anyone’s faith. There are many characters around Shafiq. I believe that no one has the right to mock or destroy anyone’s faith. It has only been tried to say that the customs of the land called Parakkat are like this. It is up to the audience to decide whether rituals like these are right or wrong.

A tag was given on the poster of the movie with the caption International Promised Chicken. Karingozhi and a goat named Ramla are the characters of this movie. So far I have not understood the intelligence behind all the communities using Karingozhi itself for vows. The film also talks about the harming of poor caught blackbirds and mute birds.