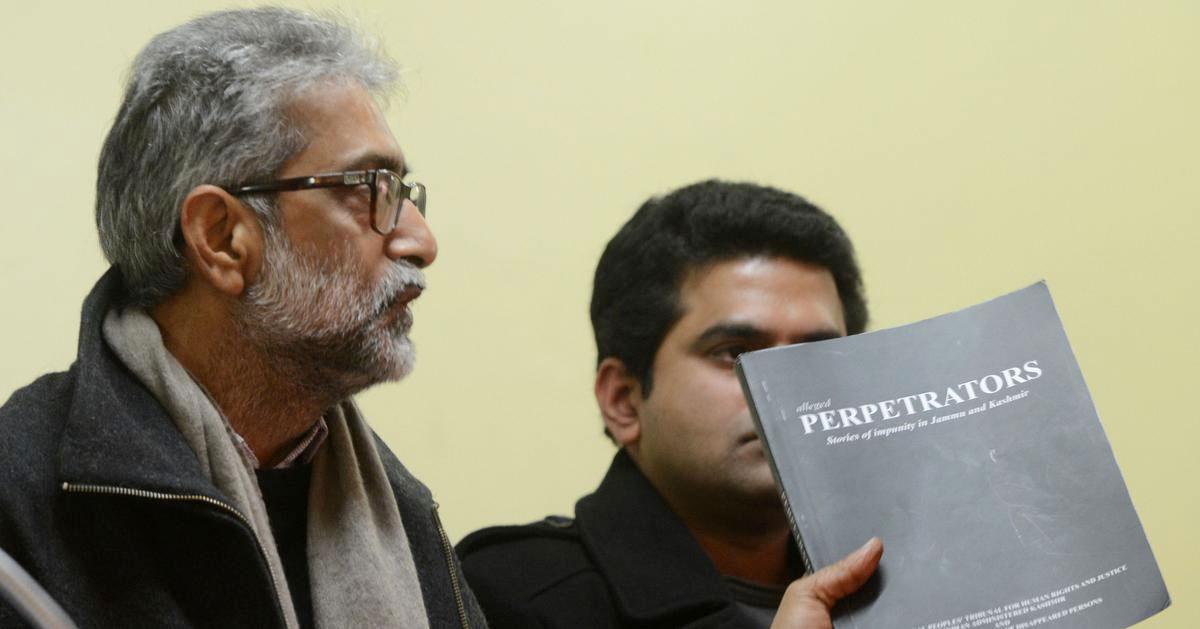 New Delhi: Gautam Navlakha in the Supreme Court against the NIA action of not implementing the Supreme Court’s order to transfer him under trial custody to house arrest in the Bhima Koregaon case. The petition filed by Navlakha K.M. Chief Justice D.Y. will consider the bench chaired by Joseph. Chandrachud informed.

On Friday, the Supreme Court will also consider the plea filed by the NIA yesterday seeking the withdrawal of the order to transfer Gautam Navlakha to house arrest.

Navlakha’s lawyer Nitya Ramakrishnan told Chief Justice D.Y. It was brought to the attention of the bench chaired by Chandrachud.

Navlakha, who is currently in Mumbai’s Taloja jail, can be transferred to house arrest only if the NIA court also orders it. However, the NIA did not issue the court order after the National Investigation Agency objected to the house found by the relatives to accommodate Navlakha.

On November 10, the Supreme Court ordered Gautam Navlakha to be placed under house arrest with conditions. However, Solicitor General Tushar Mehta, appearing for the NIA, argued that Navlakha’s request to move to the upper building of the Communist Party-controlled library was unacceptable.

Tushar Mehta said that Navlakha is the person accused of having links with Maoists. However, Navlakha’s lawyer Nitya Ramakrishnan responded that the Communist Party is not a bad party.

At the same time, the Supreme Court directed that 73-year-old Navlakha, who has been in jail since August 2018, be placed under house arrest within 48 hours. The decision of the court was taken into consideration of the health condition.

The court directed Gautam Navlakha to be placed under house arrest with strict conditions. An important condition of the court was that a demand draft of 2.40 lakhs should be attached in the name of Navi Mumbai CP for the expenses of the policemen assigned to house arrest. The court order pointed out that it will be reviewed after a month and the money will be returned when acquitted.

The court had directed Gautam Navlakha to live with his partner and not to use his partner’s phone. The court also allowed two family members to meet once a week. The court had observed that while in jail, Navlakha did not use a phone, laptop or any other communication device and used the phone provided by the police for only 10 minutes a day in the presence of the police.

Navlakha had told the court that she had several health problems including skin allergies and dental problems. He had also informed the court that he needed to undergo a colonoscopy as cancer was suspected. He approached the Supreme Court after the Bombay High Court rejected his request to be shifted to his sister’s house.

In August 2018, the Pune police arrested Gautam Navlakha, a social activist, for allegedly having links with the Maoists who had conspired to create riots in Bhima Koregaon. They were detained under UAPA. The police and Maharashtra government described them as urban Naxals.