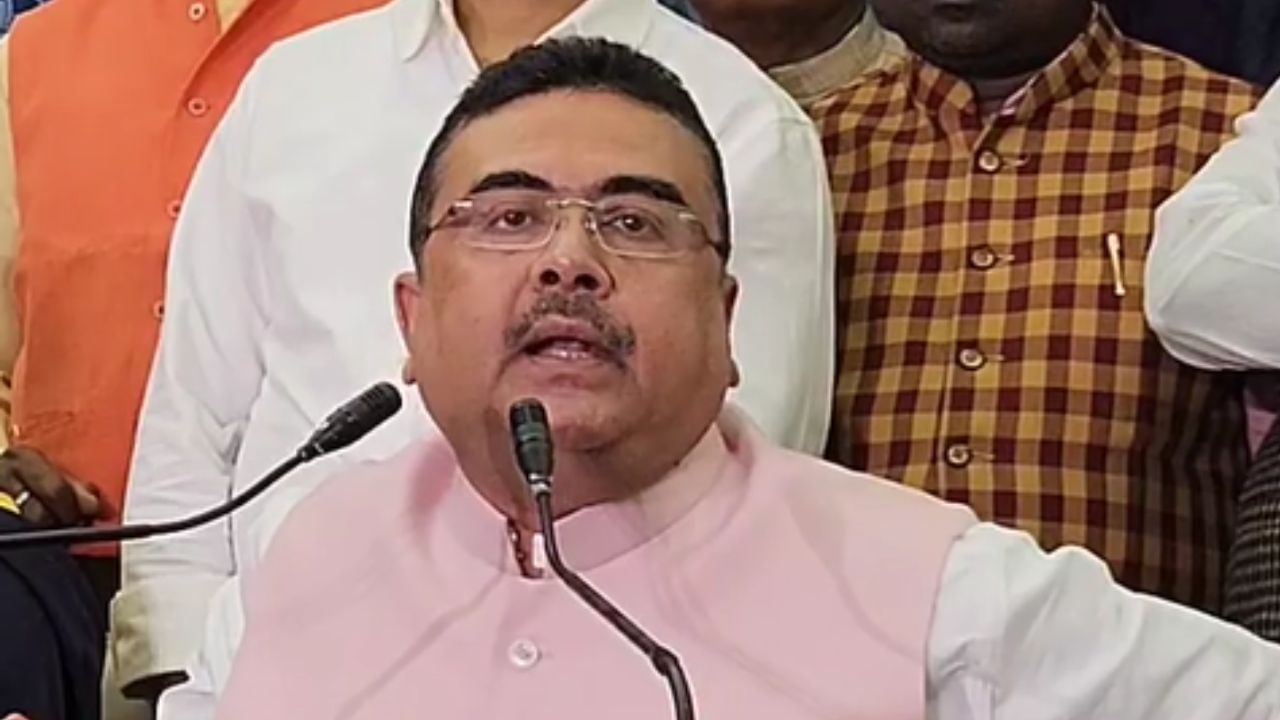 Suvendu Adhikari: “We have protested against the way in which the leader of the opposition in the state, the BJP MP, was insulted in a demeaning manner. We hope the people of West Bengal will support our stand.” Subhendu Adhikari in the press conference.

Kolkata: CV Ananda Bose was sworn in as the new Governor of West Bengal. But state opposition leader Subhendu Adhikari was not present at the event. He expressed his anger about the seating arrangement of the Raj Bhavan. This time Shuvendu Adhikari explained his absence while facing the journalists. He said, “I and BJP state president Sukant Majumder had to practically walk back from the gates of Raj Bhavan today for the swearing-in ceremony at Raj Bhavan. We reached close by 10:30. I have also tweeted carefully, so that no wrong message reaches. I tweeted at lightning speed.” His statement, “Don’t fall into the trap of Trinamool propaganda. We have protested against the arrangement of insulting the Leader of Opposition in the state, the BJP MP in a vile manner. I hope the people of West Bengal will support us in this position.”

Regarding the new governor CV Anand Bose, he said, “CV Anand Bose took oath as the permanent governor of West Bengal at 10:45 today. We have been waiting for the arrival of a permanent governor for a long time. He took responsibility. He will take measures for the interest of the state, for the development of the state, for the constitution to be protected, for the oppression of the oppressed to stop. After that, Subhendu practically criticized the state government.

The leader of the opposition said, “Today, the state government’s information and culture department was managing this event at the Raj Bhavan. whose minister is the chief minister of the state. Now we all know that even if you want to print a postcard, you have to take the Chief Minister’s approval at the fourteenth floor of Nabanna. Everyone has all the responsibilities, but no one has any responsibility. Virtually one person runs seven offices in this state. Some ministers have to be kept, some bureaucrats have to be kept, so they are kept. They did not invite us as ordinary citizens. Because, there was limited invitation. There were invitations from different recognized political parties. Some ministers, bureaucrats, dignitaries, mayors, selected MPs were invited. In inviting, we feel the newly appointed Governor did not interfere. From list making, invitations, seating management everything is done by the company owner.”

In a tone of attack against the state, Shuvendu said, “I am surprised, an important constitutional event, there is no political gain here. Here we are bound by protocol. Among the 296 MLAs, three-four ministers, leaders of the opposition, and the Speaker of the Legislative Assembly have been invited there. Apart from that, two MLAs have been specially invited. I don’t want to be a hero by calling them names. I mentioned in the tweet, also provided the picture. They are elected on the symbol of BJP. They are BJP inside the assembly and Trinamool outside. Among them, a Trinamool president of Bongaon organizational district is also ashamed. These two people have been called in any protocol, any rules? Had 294 MLAs been called, there would have been no opportunity to ask this question.”

The Leader of the Opposition said, “In any constitutional function, certain persons are invited for their posts and given their place with due dignity. It can be the chief minister of the state, the chief justice of the high court, the speaker of the assembly, the chairman of the human rights commission. The leader of the opposition also fell into it. I have been made to sit behind two Trinamool MPs nominated to the Rajya Sabha, breaking the rules and deliberately seeking political revenge. I have no personal objection to it. But I will not compromise my rank. Some of the previous opposition leaders did. But those who have been leaders of the opposition since 1957, from Jyoti Babu to Siddharth Shankar Roy… have never compromised with the status of this chair.”

Attacking Chief Minister Mamata Banerjee, Subvendu claimed, “The politics of revenge cannot be tolerated, cannot be seized with false cases by the police, cannot be stopped politically, cannot forget the pain of defeat. While several Lok Sabha and Rajya Sabha MPs from Kolkata have been seated in the front row, Balurghat MP Sukant Majumder has been allowed to sit in the back row. If Sudeep Banerjee, Mala Roy, Derek O’Brien are MPs, then Sukant Majumdar is also MP. See seating management! West Bengal has been a witness to this wretched politics.”