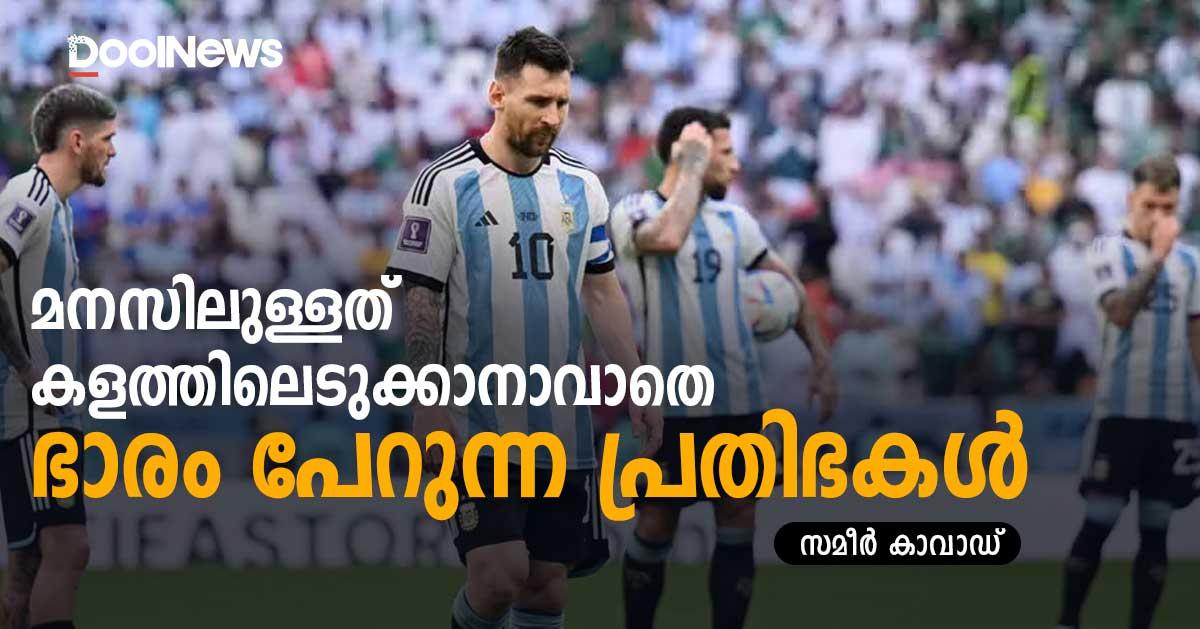 This team does not have the magic ability to come back from behind as many say. They are talented with experience. What is in the mind is the talent that carries the weight of what cannot be hatched on the field.

The world coup of the century in Qatar World Cup. Saudi Arabia, which has no pride or tradition in the game, has really cottoned on to Messi and his team. Argentina’s opponents are excited. They are cheering by bursting crackers and distributing laddus. During Argentina’s defeat celebration Let us not lose sight of the playfulness of the struggling Arabian cubs.

Saudi Arabia was the first to experience the strengths and weaknesses of the Lime Cup players who controlled the game in the beginning. Coming unbeaten in 36 games, Copa Cup and stardom About paper leopards Argentina They only heard about it until they entered the field. Messi scores a goal in the 10th minute through a penalty to validate the game. 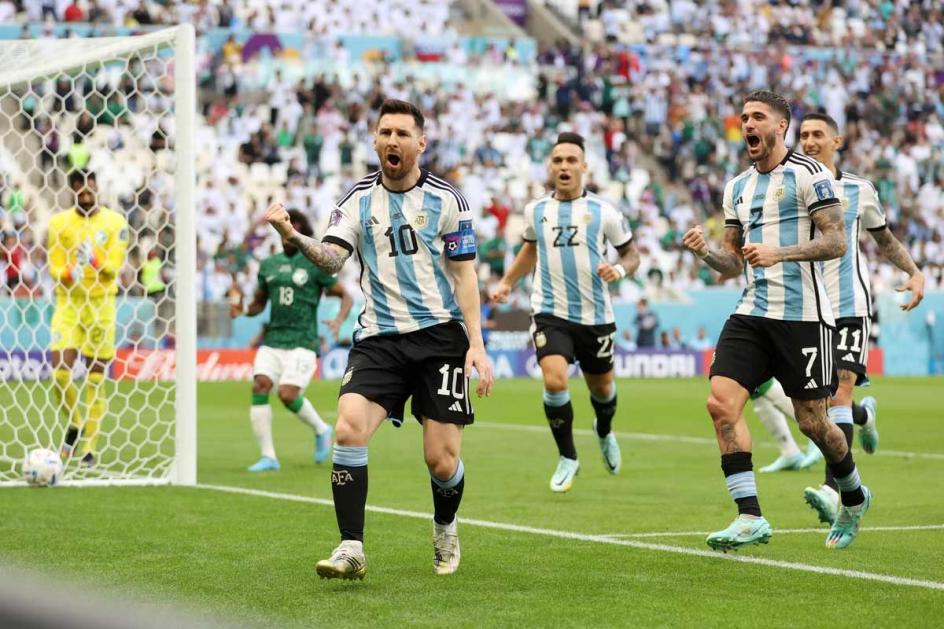 Argentina had a few more chances in the first half hour. But it wasn’t all chances that were forged through aesthetic football, or team-building.

Argentina’s tactics were not easy to win against a team that practiced offside trapping, especially one that had years of playing and practicing together and months of preparation for the World Cup like Saudi Arabia. Di Maria’s winning goal in the Copa final was also scored by a momentary inattention error by the Brazilian left wing back. 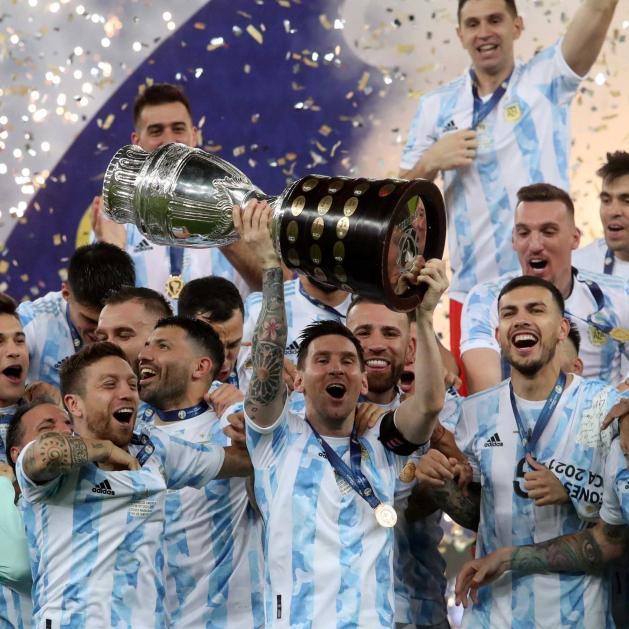 After half an hour of the game, it was realized that the Argentinian players, including Messi, were losing their fitness. We saw the Saudi players begin to try to exploit Argentina’s weaknesses, which they had been experiencing for half an hour rather than the strength they had heard. Perhaps they are gradually succeeding in focusing play in midfield, moving away from blocking opponents outside the box and parking the bus of defences.

The fact that they didn’t concede a single goal in the first half gave the Saudis the confidence to look forward to the second half.

The green shirts who played aggressively at the beginning of the second half shocked the world and scored two magnificent goals, making Emiliono Martinez ineffective. Those who were going to play in the blue shirt frowned at Saudi who showed no mercy to Messi and his team. Moments where Argentina’s generally weak defense seemed to be at play. Were Argentina reeling from these two consecutive goals? 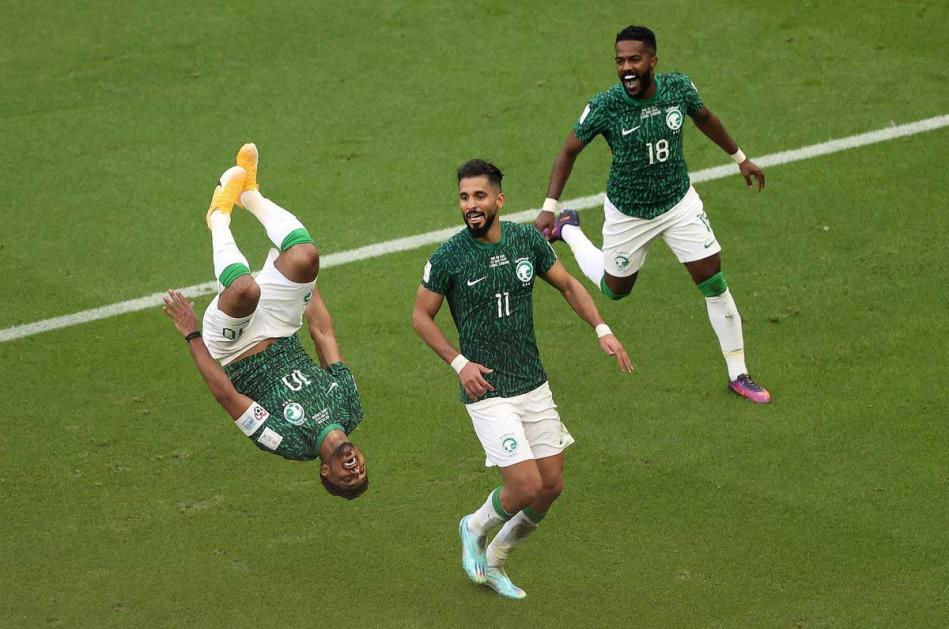 No, not staggered. Isn’t it the fact that the Argentine team does not have the plan to return the goal at these stages, or the cohesive players to execute it if there is a plan, as blind fans might think?

Take Messi himself. The fans must first realize that today’s Messi is not the Messi he played when he was 23, 27 and 31 years old. When Messi was at his best, with Higuain, Aguero, Di Maria (good times) in defense and indeed Mascherano, in plain language, the unlucky final loss to Germany. Beyond that Argentina have not been able to field a promising team this time.

Di Maria was on fire at Real Madrid from 2010-14. Maria’s major weakness is that she plays herself without knowing which balls to pass. That’s why Real Madrid are giving away Manchester United. A year later he came to PSG and spent seven long years without much success. They are also excluded now Those who only watch the World Cup every four years can only get excited when Scaloni arrives in Qatar, pinning his hopes on Di Maria, whose golden age of the game is coming to an end on a free transfer at Juventus. This team does not have the magic ability to come back from behind as many say. They are talented with experience. What is in the mind is the talent that carries the weight of what cannot be hatched on the field.

When Maradona was defeated in the first match of the World Cup without being alive It remains to be seen what the future holds for Argentine football after Messi. Yesterday’s game against Saudi Arabia is almost a sure answer as to what will happen in the knockout round, even if they win against Mexico.

Content Highlight: Write up on Argentina-Saudi Arabia match in the 2022 Qatar World cup