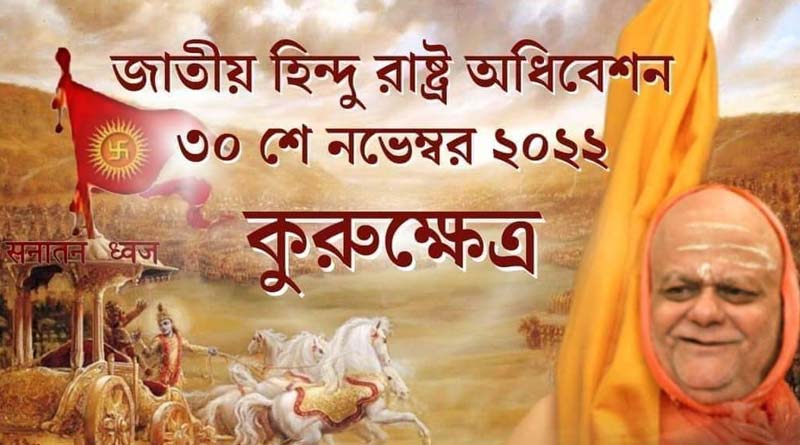 Nandita Roy, New Delhi: To strengthen the polarization in the 2024 Lok Sabha polls, the BJP is using the ‘Hindu Rashtra’ weapon. The aim is to pass the polls in the next Lok Sabha with a wind of polarization. Declaring India a ‘Hindu Rashtra’ has been a longstanding demand of the Rashtriya Swayamsevak Sangh. That is what Gerua Shibir wants to revive. It is difficult for the central government and the BJP to come forward directly with the demand of Hindu Rashtra. So gathering public opinion on Hindu Rashtra on the way, better to say, Padma Brigade is going to start measuring water. The BJP-ruled state of Haryana has been chosen as a laboratory. 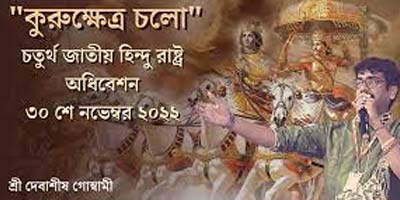 Last Saturday, November 19, the International Gita Festival started in Kurukshetra, famous as the religious city of Haryana. Will continue until December 4. It is reported that a road has been prepared for discussion on the basis of Hindu Rashtra in view of Gita Mohotsav. A ‘National Hindu Rashtra’ session is going to be held at Kurukshetra on November 30. In this sense, BJP has started campaigning all over the country with the picture of Shankaracharya Nishchalananda Saraswati of Puri. Representatives of Hindu organizations from different parts of the country will be present there. According to sources, there is a high possibility of the presence of several top leaders of BJP in the event that day. Shankaracharya of Puri was the keynote speaker of the conference. Who has repeatedly spoken publicly demanding the declaration of India as a ‘Hindu Rashtra’. Informed circles are sure about the outline of the Hindu Rashtra campaign that will be made under the guise of Gita Mahotsav in Kurukshetra.

Since the Narendra Modi government came to the centre, the BJP has started fulfilling many of the long-standing demands of the Sangh Parivar one by one. Among which are things like the construction of Ram Mandir, the abolition of Article 370 from Jammu and Kashmir, the abolition of triple talaq. Remaining demands include uniform civil code, birth control laws and the overarching or main demand to declare India a Hindu state. In terms of meeting the remaining two demands, the way is open to start working in a democratic manner by bringing a bill in the parliament.

But to declare a Hindu state, the constitution must be changed. Many other social issues are also involved with it. So BJP does not want to walk on this road in haste. Again, their reluctance to shake off the matter completely. So, in this way, the ruling party of the center has started to calculate the future by keeping the demand of Hindu Rashtra alive.

Meanwhile, the desperate attitude of Haryana’s Manoharlal Khattar government in promoting the Geeta Mohotsav has already been felt. The state government has already reduced bus fares to Kurukshetra by 50 percent. President Draupadi Murmur is scheduled to attend the Geeta Mahotsav on November 29.