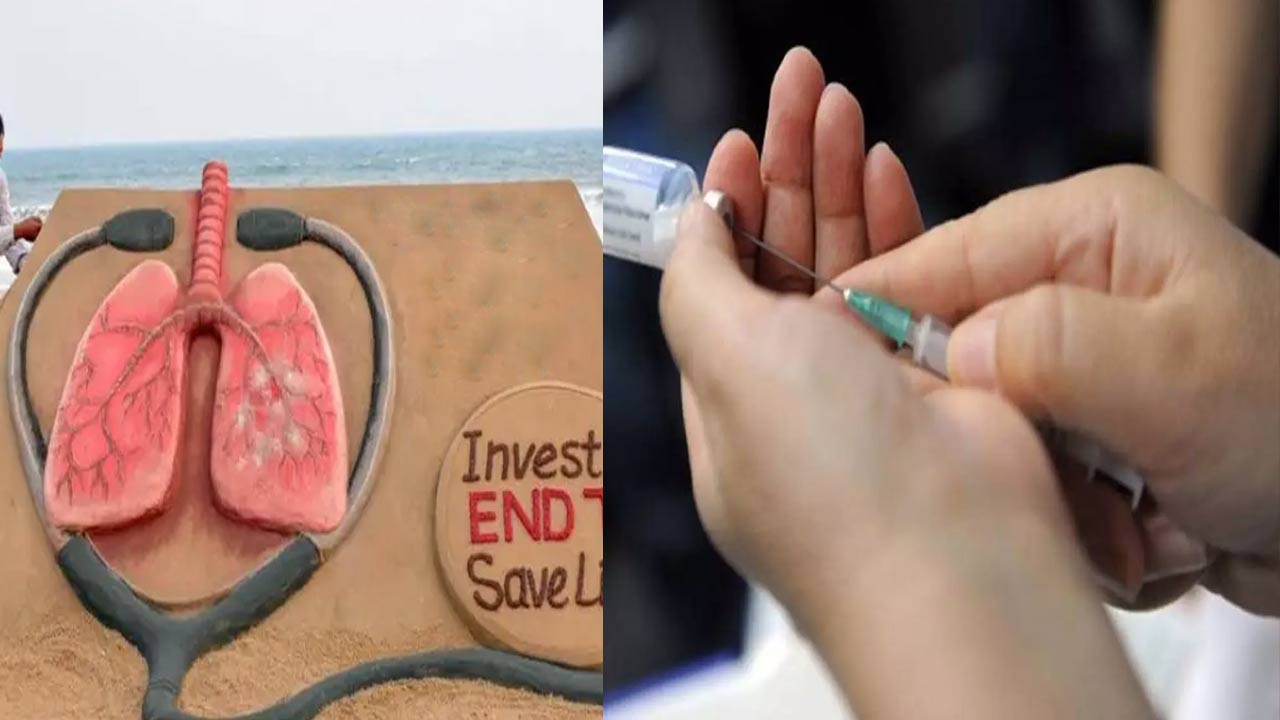 The Indian medical field has taken steps towards a new innovation to eradicate tuberculosis. IISc has developed a new TB vaccine. But disease experts say that it will take 5 years for this vaccine to be available.

TB Vaccine: “Disease related to lungs. Tuberculosis. It is contagious. Tuberculosis is one of the major chronic diseases in our country. This disease mainly affects the respiratory system. Researchers at the Indian Institute of Science (IISc) in Bangalore are developing a new vaccine to eradicate tuberculosis. However, more clinical trials are needed to make this vaccine fully available. The researchers said that the vaccine will be fully available in another five years. used spherical vesicles secreted by bacteria coated on gold nanoparticles. These can be delivered to immune cells. Researchers are hopeful that the new vaccine can stimulate an immune response and provide protection against tuberculosis.

Infectious disease expert Dr. Ishwar Gilada said. “Though the theory of the vaccine developed to eradicate tuberculosis is good, it will take years to develop the vaccine. New research suggests a different vaccine candidate than traditional ones, he said. It is more effective than the traditional BCG vaccine. It boosts immunity to prevent the spread of tuberculosis

As this is just a theory, for now, he said, “it will take a good five-seven years to prove the safety and efficacy of the vaccine.” It is said that it will take a long time for the vaccine trials.

A team of researchers led by Assistant Professor Rachit Aggarwal at the Center for Biosystems Science and Engineering (BSSE) has developed a new vaccine candidate. A subunit vaccine candidate contains only the infectious bacterial components to induce an immune response. The results of this research were published in Biomaterials Advances. “They’re safer compared to live bacteria because they’re membrane-derived, so they contain all kinds of antigens,” explained senior author Agarwal.

The research team used outer membrane vesicles (OMVs), spherical membrane-bound particles released by some bacteria. They contain proteins and lipids that can stimulate an immune response against pathogens. Subunit vaccines usually contain a limited number of antigens, and bacterial proteins, IISc said in a statement. These can elicit an immune response in the host. The researchers said that OMVs contain different types of antigens and thus induce a better immune response.

While Mycobacterium-derived OMVs were unstable, OMVs coated on gold nanoparticles were found to be consistently uniform in size. “Human immune cells take up OMV-AuNPs more than OMVs or gold nanoparticles,” the researchers noted.

Researchers injected OMVs with gold nanoparticles to synthesize OMV-AuNP through a 100 nm filter. They then treated immune cells cultured in the laboratory with OMVs derived from Mycobacterium smegmatis, a related bacterial species that do not cause disease in humans. The team now plans to develop gold-coated OMVs derived directly from Mycobacterium tuberculosis and test them in animal models to advance the findings for clinical applications.

Dr. Gilada revealed that 25 percent of people worldwide have mild TB symptoms. Only a small percentage of them claimed to be related to a TB patient. “About 40 percent of people in India suffer from a mild infection. But of these 40 percent, only five percent to 10 percent have severe disease symptoms, he said.

So far, India has been using the Bacille Calmette-Guerin (BCG) live vaccine to fight TB. It is a weakened form of the disease-causing bacterium. When injected into our blood, this vaccine stimulates the production of antibodies that help fight tuberculosis.