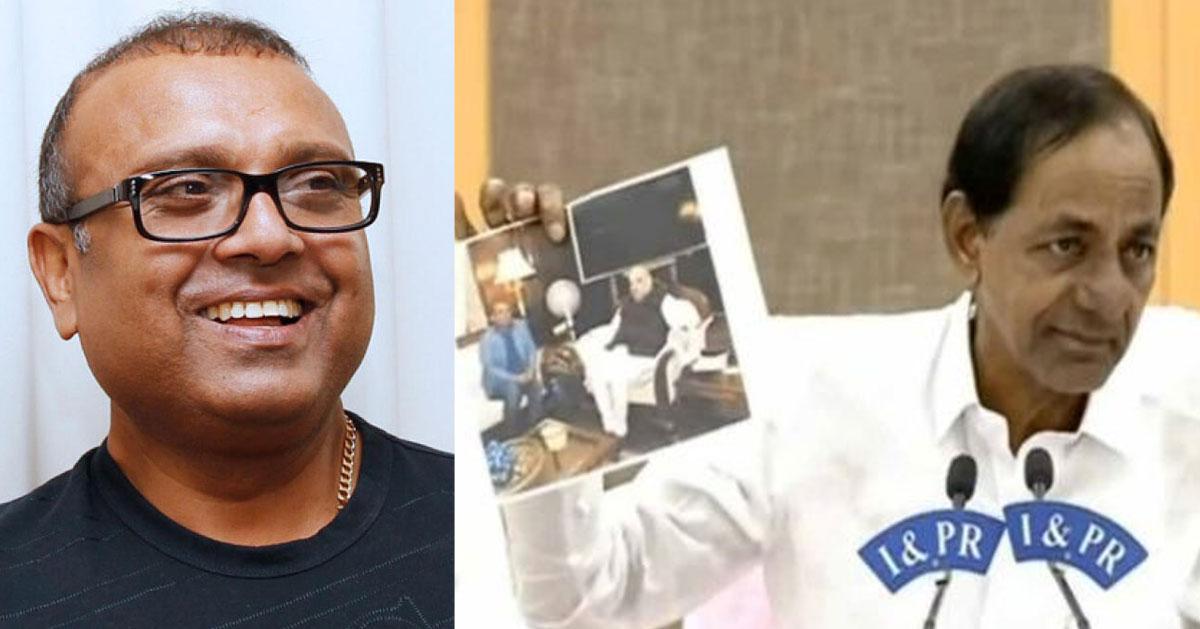 According to the instructions of the Telangana High Court, Tushar Vellappally and BJP General Secretary B.L. Santhosh, Dr. Jaggu Swamy was also accused.

The Telangana Police had issued a lookout notice against Tushar Vellappalli and Dr. Jaggu Swamy of Ernakulam Amrita Hospital last day. The action was taken after he did not appear for questioning.

Earlier, notices were sent to Tushar Vellapalli and Jaggu Swamy asking them to appear for questioning before the Special Investigation Team in Hyderabad on November 21. Both of them requested that it be extended to November 23, but the police did not accept it. This was followed by a lookout notice.

BJP National General Secretary B.L. The Telangana Police had issued a lookout notice for Santhosh in the same case on Tuesday morning. Later Santosh sent a reply letter to the police asking for more time to appear.

Dr. Jaggu Swamy is a close friend of Satish Sharma alias Ramachandra Bharati, who is the main accused in the case of trying to buy MLAs. It is indicated that he is the middleman in the case. An investigation team of Telangana Police had reached Kerala earlier to search for him. But he could not be found because he had gone into hiding.

Then the investigation team went to Tushar’s house in Kanichkulangara, Alappuzha and served a notice. In Tushar’s absence, the office secretary received the notice.

However, Tushar Vellappally responded that the Telangana Police had not approached him regarding the case. Tushar had said that the police had not yet issued a notice to him and that he had no part in the move to defect MLAs.

The incident related to the case took place on October 22, 2022. The case is that four TRS MLAs were offered Rs 100 crore to join the BJP. The Telangana Police arrested three people on the spot.

Those arrested were priest Ramachandra Bharati from Kasargod, Swami Simhayaji from Puttur in Karnataka and businessman Nandakumar Kaur from Hyderabad.

Later, Telangana Chief Minister K. accused Tushar Vellapalli of being behind ‘Operation Tamara’ in Telangana. Chandrasekhar Rao himself came to the scene.

Tushar tried to bring TRS MLAs to BJP. Tushar spoke to TRS leaders for this. Tushar offered 100 crores to topple the government. Four MLAs were sacked and tried to be arrested. In a press conference held on November 3, KCR alleged that the agents arrested in the case acted on the instructions of Tushar.

Chandrasekhara Rao, who said that Tushar Vellappally was the person who contested against Rahul Gandhi in Wayanad, also highlighted the picture of Tushar sitting with Union Home Minister Amit Shah in the press conference.

But Tushar Vellapalli responded that the allegations were baseless.

In the released audio recording, BJP’s national general secretary BL Santosh assured the agents that the matter would be dealt with. In the audio, Tusshar tells agent Nandakumar that he wants to meet before the deal.

The TRS handed over to the police the video evidence that Tushar Vellappally, who had a phone conversation with Ramachandra Bharti, the chief of the agents, offered fifty crores each to the MLAs. After this, the Telangana Police constituted a special investigation team and took up the case.