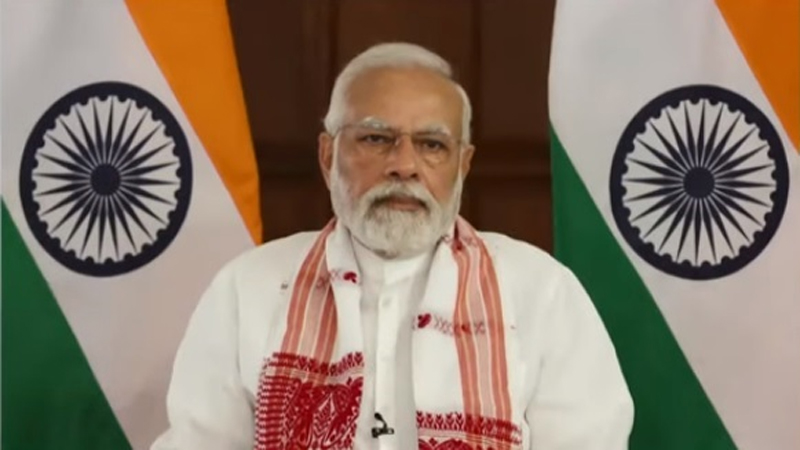 He said, there is a lot of glory in Sangam in our country. We have observed every confluence of thought-consciousness, knowledge-science, society-culture, starting from the confluence of rivers. This celebration is actually a celebration of India’s diversity and uniqueness. Today, on one hand, our cultural capital is Kashi, which spans the whole of India, and on the other hand, the center of India’s antiquity and pride is our Tamil Nadu and Tamil culture. This confluence is also holy like Ganga-Yamuna. It has infinite possibilities and possibilities like Ganga Yamuna. On this day he released a book written in Tamil called Thirukkural and interacted with students from Tamil Nadu who came to Kashi. The Prime Minister congratulated the adhinams (religious leaders) of various religious places and mathas in Tamil Nadu. Uttar Pradesh Governor Anandiben Patel, Chief Minister Yogi Adityanath and Union Education Minister Dharmendra Pradhan were present with him.
The Prime Minister said, our sages have said Ekoham Bahushyam i.e. the same consciousness appears in different forms. We see the darshan of Kashi and Tamil Nadu in this form. Both Kashi and Tamil Nadu are eternal centers of culture and civilization. Both regions are centers of the world’s oldest languages, such as Sanskrit and Tamil. Baba Vishwanath is in Kashi and Rameshwar is in Tamil Nadu. Both Kashi and Tamil Nadu are Shivamaya and Shaktimaya. One is Kashi and then there is South Kashi in Tamil Nadu. Both Kashi and Kanchi have an important place among the Saptapuris. Both are excellent sources of music, literature and art. Tabla of Kashi and Tannumai of Tamil Nadu. Kashi has the Banarasi saree and Tamil Nadu’s Kanjivaram silk is famous all over the world. Both are the birthplaces and workplaces of the greatest gurus of Indian spirituality. Kashi is the land of Bhakta Tulsi whereas Tamil Nadu is the land of devotion to Saint Thiruvallu. The power of Kashi and Tamil Nadu can be seen in every walk of life. Kashi Yatra is still mentioned in Tamil wedding rituals today. The Kashi yatra is associated with the new yatra of the Tamil youth. This undying love for Kashi in Tamil hearts will never fade in the past nor will it fade in the future. This is the tradition of Ek Bharat Shrestha Bharat, which was lived by our forefathers. Today this Kashi Tamil Sangam is again carrying forward that glory.

The Prime Minister also said that Tamil Nadu has given unprecedented progress in the construction and development of Kashi. Even today Kashi remembers Tamil Nadu’s Dr. Sarvapalli Radhakrishnan. He was the former Vice-Chancellor of BHU. The great Vedic scholar Rajeshwar Shastri founded the Sangveda school at Ramghat here. Pattaviram Shastriji stayed at Hanuman Ghat. He is also always remembered in Kashi. If you visit Kashi, you will find the Tamil style Kashi Kamakoti Panchayat temple built on Harishchandra Ghat. Kedarghat has a 200-year-old Kumaraswamy Mutt and the Markandeya Ashram. Hanumanghat and Kedarghat are home to a large number of people from Tamil Nadu who have contributed to Kashi for generations.
Incidentally, earlier today, Prime Minister Narendra Modi inaugurated the state’s first greenfield airport, Doni Polo Airport, at Itanagar. This move is an important step to enhance connectivity in the Northeast. The name of the airport reflects the heritage and rich cultural heritage of Arunachal Pradesh and the ancient tribal reverence for the state’s Sun (‘Doni’) and Moon (‘Polo’). Prime Minister Narendra Modi also dedicated the 600 MW Kameng hydropower project in Arunachal Pradesh to the country.